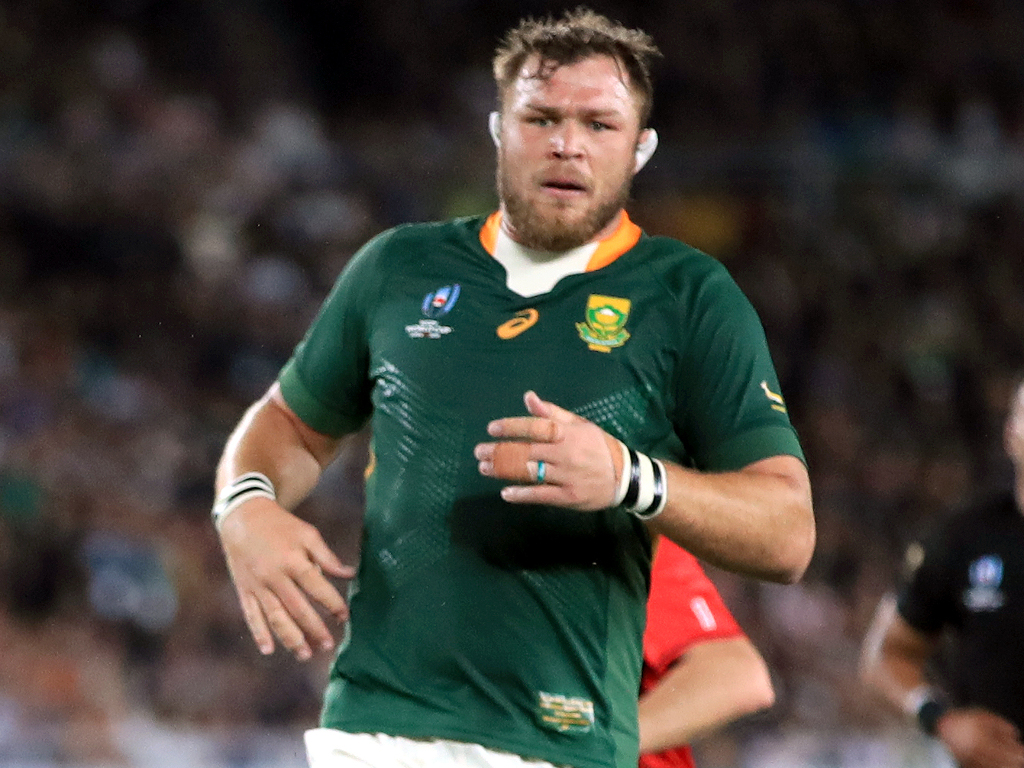 Despite boasting a 100 per cent record on their own throw, South Africa number eight Duane Vermeulen believes his team must improve their lineout against Wales on Sunday.

Opposing second-row Alun Wyn Jones is the main reason for this stance from Vermeulen, who believes the Welsh veteran knows the set-piece “inside out”.

South Africa overcame hosts Japan 26-3 on Sunday to set up a Rugby World Cup semi-final against Wales, as their line-out reached a 57 out of 57 record.

Now the Springboks will face the Six Nations champions for a place in their first World Cup final since 2007, and number eight Vermeulen expects a stern set-piece examination from Warren Gatland’s side.

Accomplished second-row Jones boasts 132 Wales caps and nine for the British and Irish Lions, and Vermeulen admitted South Africa must raise their level for their last-four showdown in Yokohama City.

“I must say the guys who run the lineouts are making great calls,” said the back-row.

“They put in a lot of work during the week and execution is key for us.

“It’s nice to walk away with 100 per cent execution, we’re really happy with that.

“But we need to build on that. We’ll have to step up again there against Wales.

“He’s their talisman when it comes to lineouts so we’ve got some things to work on and hopefully we can keep on working on our execution and maintain that record.”