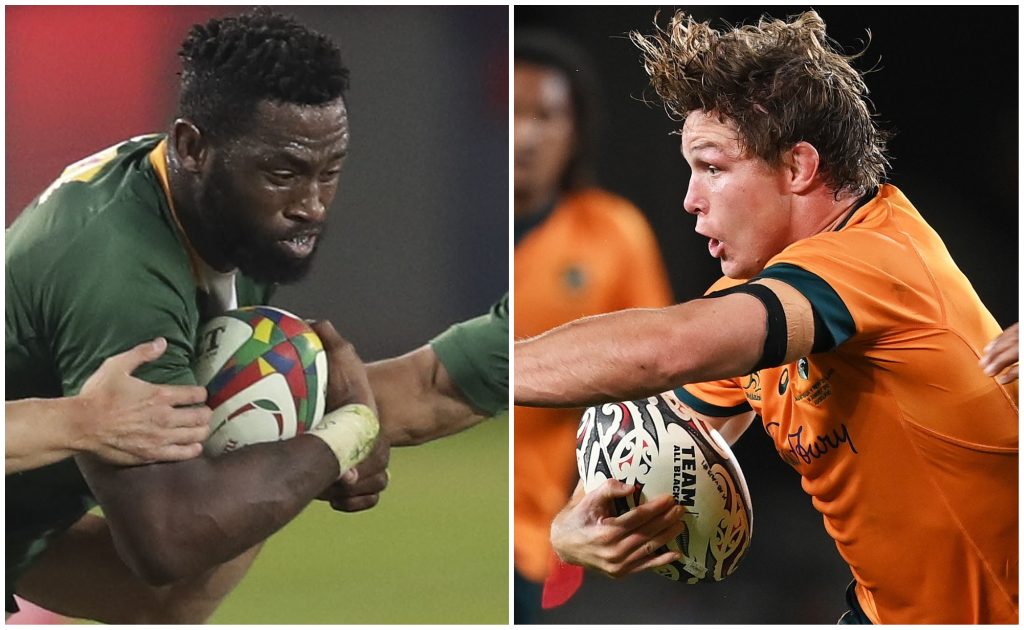 South Africa will be determined to retain their unbeaten status in this year’s Rugby Championship when they take on a desperate Wallabies side on the Gold Coast on Sunday.

Australia’s misery stems from their poor form in their recent three-Test series against New Zealand and with two of those encounters forming part of the Rugby Championship campaign, the Wallabies are languishing at the bottom of the standings with zero points amassed so far.

That is due to their inferior points difference compared to Argentina, who also lost their first two matches of the tournament against the Springboks in Gqeberha last month.

This weekend’s fixture forms part of a double header at the CBUS Super Stadium with the table-topping All Blacks and Los Pumas set to get proceedings underway in Sunday’s early match.

South Africa have come in for plenty of criticism over the conservative game-plan they used in their series win over the British and Irish Lions and those triumphs against Argentina, with several detractors even labelling it as boring.

The Springboks rely heavily on dominating the forward exchanges before kicking for territory while their ability to slow down the tempo of the game has proved to be effective, much to the chagrin of the Lions and Pumas in recent weeks.

Bok head coach Jacques Nienaber has admitted to being tired of defending his team’s tactics but if truth be told their style of play is awful to watch but very successful.

By contrast, the Wallabies employ a fast-paced and expansive game-plan and the clash of styles should make for an intriguing contest.

The previous match between these teams took place more than two years ago in Johannesburg – during the 2019 Rugby Championship – and that Test will be remembered as the day Bok scrum-half Herschel Jantjies announced himself at international level. The Test debutant led the way for the Boks as he scored a brace of tries in his side’s 35-17 triumph. The home side’s other points came courtesy of five-pointers from Lood de Jager, Sbu Nkosi and Cobus Reinach while Elton Jantjies added five conversions. For the Wallabies, Bernard Foley and Dane Haylett-Petty crossed the whitewash and Foley also succeeded with two conversions and a penalty.

Although the Wallabies have struggled in their Bledisloe Cup matches, Springbok assistant coach Deon Davids believes his team would make a big mistake to underestimate their opponents based on their recent results.

“Historically we have not had a good win record in Australia, but as a team we want to pick up where we left off,” said Davids.

“Australia are a good side, and they are very competitive. We won’t look too much into their past results because they played most of those matches against New Zealand, and with the team building, they can only grow.

“In their last game they created a lot of opportunities and I think they will feel as though they let themselves down in their execution and decision-making.

“So, we’ll make a big mistake if we look at their past results, and we know there is still a lot we can also improve on.”

Meanwhile, Australia know it’s do-or-die time for them in the competition. Speaking after that third defeat in a row against the All Blacks, in Perth last week, Wallabies utility back Reece Hodge said: “We need to win (to break it) but it’s hard to give you one thing we’re going to work on. I feel we need to improve quite a few parts of our game to match it.

“There’s been enough talk in the squad, it’s time for action now.”

After last playing at the 2019 Rugby World Cup final against England, veteran Springbok number eight Duane Vermeulen is set to make his return to the international arena this weekend. After missing the recent series against the British and Irish Lions and the Tests against Argentina, Vermeulen will be champing at the bit to prove that he is still a force at Test level. The 35-year-old’s return is a significant boost for the world champions as his ball carrying ability, experience and outstanding defensive attributes will be infectious to his team-mates, especially the rest of the forwards, and if they gain momentum it should be a hard slog for the Wallabies.

Another Springbok to look out for is outside centre Lukhanyo Am, who was one of the stars during the Lions series. The 27-year-old’s game has come on in leaps and bounds since making his Test debut against Wales at the Millennium Stadium in 2017 and he has cemented his place in the Boks’ starting line-up. Blessed with an astute rugby brain, Am’s playmaking skills, calmness under pressure and brilliant decision-making has earned him plenty of deserved praise. He also runs great lines, is excellent on defence and should make a big impact against the Wallabies.

🙅‍♂️ Lukhanyo Am said “not today!”

The big news from Australia’s camp is the shock recall of veteran fly-half Quade Cooper, who is set to make his first appearance at international level since 2017. When on song, the 33-year-old is one of the game’s best playmakers and his vision and ability to create try-scoring opportunities for his team-mates makes him a genuine attacking threat. Much will depend on Australia’s forwards, who will have to provide him with good front-foot ball to weave his magic. If that doesn’t happen, and the Boks dominate, Cooper could be an extra and not one of the main role players in this encounter.

Also keep an eye on Izack Rodda, who makes his return to Australia’s starting line-up after coming off the bench in that Bledisloe Cup defeat in Perth last weekend. The towering second-row is expected to add much needed grunt to the Wallabies pack which is a must against their Springbok counterparts. Rodda will have to take the fight to the Boks with his lineout work, ball carrying and defence – especially at close quarters – areas of his game which must be outstanding from the outset.

There are several mouth-watering tussles lined up across the park but as the captains of their respective sides, the duel between South Africa’s Siya Kolisi and Michael Hooper of Australia is arguably the most important one of the lot. The duo’s leadership skills will obviously have a huge impact on this Test’s outcome but both are also at the peak of their powers as players. After being struck down by Covid-19, Kolisi looked sluggish upon his recovery from the illness in the first Test against the Lions but he came back strongly in the latter two clashes against the famous touring team and continued to shine in back-to-back Rugby Championship wins over the Pumas. Kolisi’s defensive duties and groundwork have been particularly impressive but he knows that will matter little against Hooper, who has played well consistently since the start of the season. Although the Wallabies were under the cosh for long periods against the All Blacks, Hooper can hold his head high as he was excellent in all three those Tests and he will be determined to build on those performances against the Boks.

Although South Africa will head into this match as favourites, they will underestimate Australia at their peril and we believe Dave Rennie’s charges have the ability to cause an upset. It will be a battle of contrasting styles which makes this a difficult prediction. However, the Boks’ juggernaut pack should prove too strong for their counterparts and that will be the difference between these sides. South Africa to win by seven points.