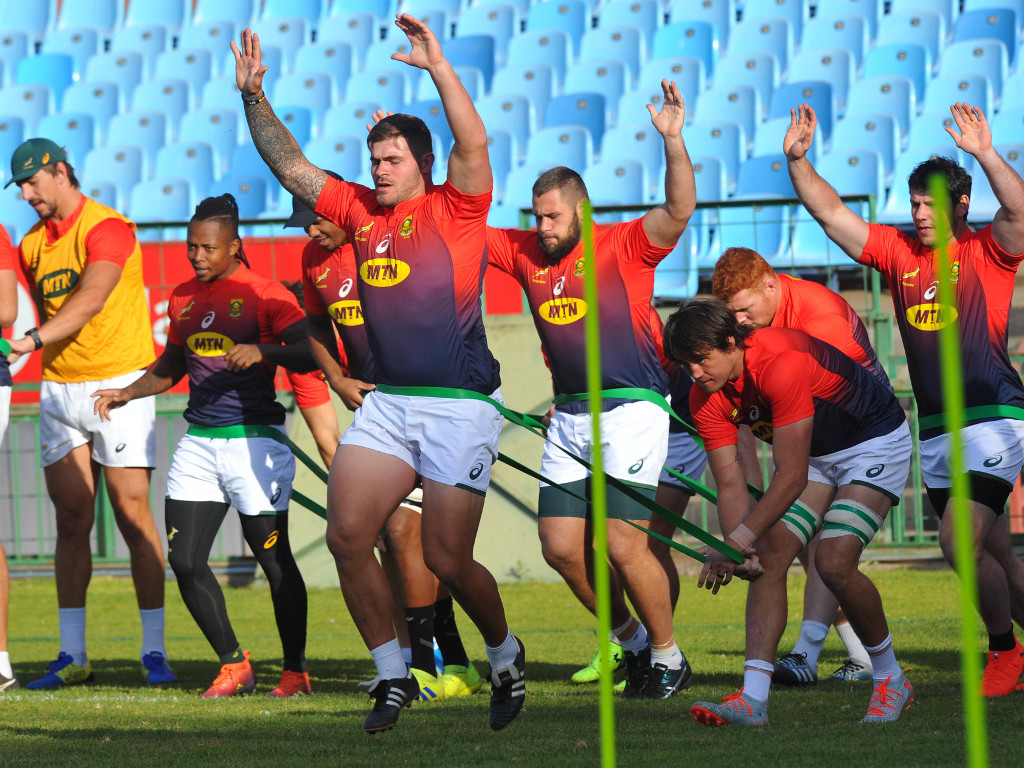 Ahead of the 2019 Rugby Championship, we preview the teams looking to get their hands on the coveted silverware. Next up, it is South Africa.

South Africa’s four Super Rugby sides – the Bulls, Sharks, Lions and Stormers – will not be happy with their overall performance in that competition as they were outshone by the tournament’s surprise package, the Jaguares, who finished as the conference winners.

Although that should serve as motivation for the Springboks to do well in the Rugby Championship, that is easier said than done as the tournament will be used largely for experimentation and trial purposes ahead of the 2019 Rugby World Cup.

However, the Springboks should be in a confident mood as they head into this year’s competition as there were signs of improvement under the guidance of head coach Rassie Erasmus in 2018. Erasmus has put systems in place which has helped the Boks’ cause and although they should be competitive in the Rugby Championship, their ultimate goal is to do well at the global showpiece in Japan later in the year.

Last year: After another underwhelming season in 2017, Erasmus took over the coaching reins from Allister Coetzee at the start of 2018. There were immediate signs of improvement as the Springboks claimed a 2-1 win over England in their three-Test series in South Africa which boosted confidence levels ahead of the Rugby Championship.

Although they started their Rugby Championship campaign with a 34-21 victory over Argentina in Durban, it was not a convincing display and they suffered a 32-19 defeat in the return match in Mendoza. Their campaign hit a crossroads when they also lost their next match (23-18) against Australia in Brisbane.

That result put plenty of pressure on Erasmus and he even admitted that a heavy defeat in their next match – against New Zealand in Wellington – could put his job on the line. But against all odds the Boks delivered an excellent performance to claim a deserved 36-34 win – their first triumph against the All Blacks in New Zealand since 2009.

That result brought a feelgood factor back into the game in South Africa and the Boks continued to impress by beating the Wallabies 23-12 in their next match in Port Elizabeth.

That set them up nicely for their final clash against the All Blacks, who had already secured the title ahead of the Test in Pretoria. South Africa came agonisingly close to repeating their Wellington heroics as they led 30-13 midway through the second half before a stunning fightback helped the world champions to a 32-30 win.

Despite that loss, the Boks still finished in second position in the standings.

This year: With the tournament being reduced to just three matches per team and with the World Cup looming on the horizon, it’s difficult to predict how things will pan out as the competition progresses.

Erasmus has already admitted that he will juggle his players to ensure they reach their peak at the World Cup later in the year. He also hinted that he would field an under strength starting line-up in their tournament opener against the Wallabies in Johannesburg ahead of away matches against the All Blacks and Pumas in Wellington and Salta respectively.

With a draw like that and the Boks unlikely to field several of their first-choice players in that opening game against the Wallabies, things do not not look too encouraging for Erasmus and his charges.

As usual, South Africa’s forwards will have a big role to play but their backs will have to improve as they have hardly set the world alight in recent years.

2018 World Rugby Breakthrough Player of the Year Award winner Aphiwe Dyantyi has been ruled out of their opening encounter with Australia but his absence should not be a big setback as South Africa have plenty of depth out wide.

There have been recalls for the overseas-based Frans Steyn, Cobus Reinach and Marcell Coetzee, whose experience should prove valuable to the cause and they will be expected to make an impact especially in close matches.

Ones to watch: If the Boks want to make an impact on this tournament, they will rely heavily on first-choice scrum-half Faf de Klerk to do well. The Sale Sharks man is a vital cog in the Springboks’ wheel as he is a good link between forwards and backs and also a key playmaker. The 2018 World Rugby Player of the Year nominee provides a slick service to his outside backs and can change the course of a match with a moment of magic. Bok fans will be praying that he stays injury free this year.

Another player who will be vital to the Springbok cause is Lions hooker Malcolm Marx. The 25-year-old, who was also rewarded with a World Rugby Player of the Year nomination last year, is one of the world’s best players in his position and his superb breakdown skills, dynamic ball-carrying and outstanding athleticism make him a genuine threat to opposing defences.

Prediction: It’s difficult to see the Boks doing well this year as they have an unfavourable draw and should start their tournament opener against the Wallabies as underdogs if – as expected – they don’t play their big guns in that Test. Away matches against the world champions and a fast improving Argentina side will also be very difficult encounters. Fourth place.

Saturday, 20 July: vs Australia (home)
Saturday, 27 July: vs New Zealand (away)
Saturday, 10 August: vs Argentina (away)