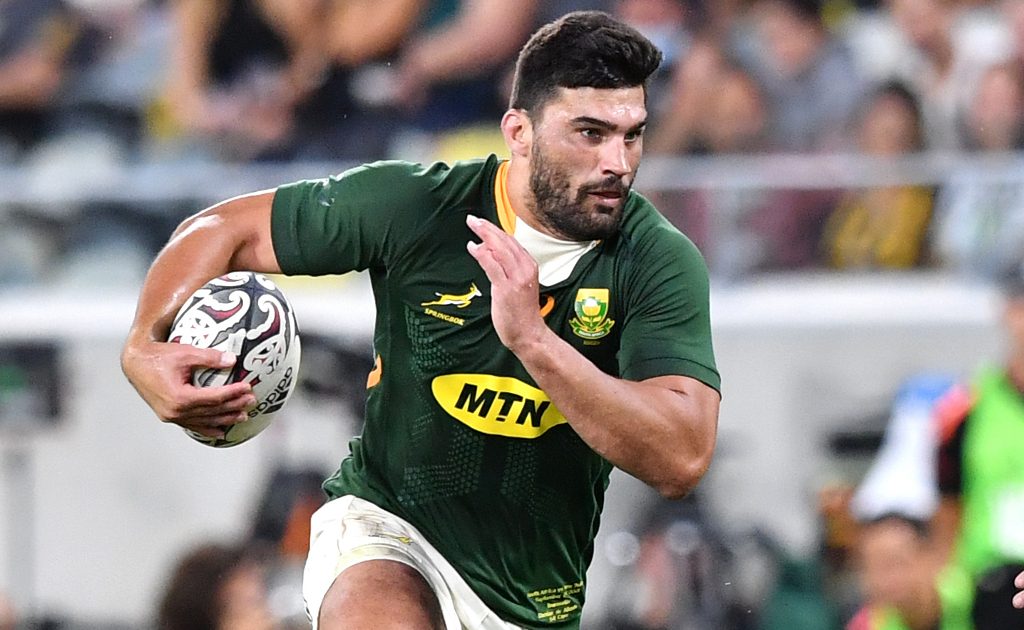 South Africa centre Damian de Allende believes they are on the right track in terms of where they would like to be despite a mixed bag of results this year after wrapping up their Autumn Nations Series campaign against England on Saturday.

The Boks suffered a heartbreaking 27-26 defeat in that Test, which dashed their hopes of a clean sweep of wins on their year-end tour for the first time since 2013.

While De Allende admitted there was a somber feeling in the changing room at Twickenham, he said there were a number of positives they could take from this season, such as the series triumph over the British & Irish Lions, victory over the All Blacks in Australia and two good wins on their northern hemisphere tour.

“It was very sad in the change room (after the defeat), but we have a lot to celebrate.

“We’ve had to overcome a number of challenges, but as a squad we can look back at the year with our heads held high and smile at the memories we made.”

De Allende added: “I believe we have grown as a team. Our systems are working and that gives us opportunities to get into the wider channels.

“So, we’ll keep improving on our skillset and when there are opportunities we need to execute well.

“We are on the right path. Our decision-making is getting a lot better and we are playing more within ourselves and not just relying on the system, and hopefully we’ll grow even more next year when we get together.

“The way this team has stuck together and dug deep during the tough times, also shows that we care for each other.”

Springbok lock Lood de Jager shared these sentiments and said: “The season was long in terms of the schedule and there were a lot of challenges we had to overcome.

“We were away from home for long stretches, but I think we learned a lot about one another as a group and I think we’ll be better in future as a result of this.”

Looking back the team’s achievements this season – the eight wins from 13 Tests included two home victories over Argentina straight after the victorious Lions series, as well as hard-fought victory against the All Blacks in the Rugby Championship – De Jager said: “In terms of the results it was a mixed bag, but there were times where we played great rugby.

“The biggest challenge for us was the Lions Series. That was the competition we wanted to win the most and we did that.

“We were disappointed with some of our results during the rest of the season, but despite this we built up a lot of experience as a group.”

Reflecting on the match against England, both De Jager and De Allende attributed their defeat to their inability to capitalise on key point-scoring chances.

“It’s small margins in test rugby,” said De Jager. “We got over the tryline and didn’t score, and I thought we could have used our chances better.”

De Allende said: “Credit to them, they were exceptional and I thought they took their opportunities a lot better than we did. We left a few points out there, but that’s test match rugby. If you don’t take your points and opportunities at the right time, you’ll fall short.”