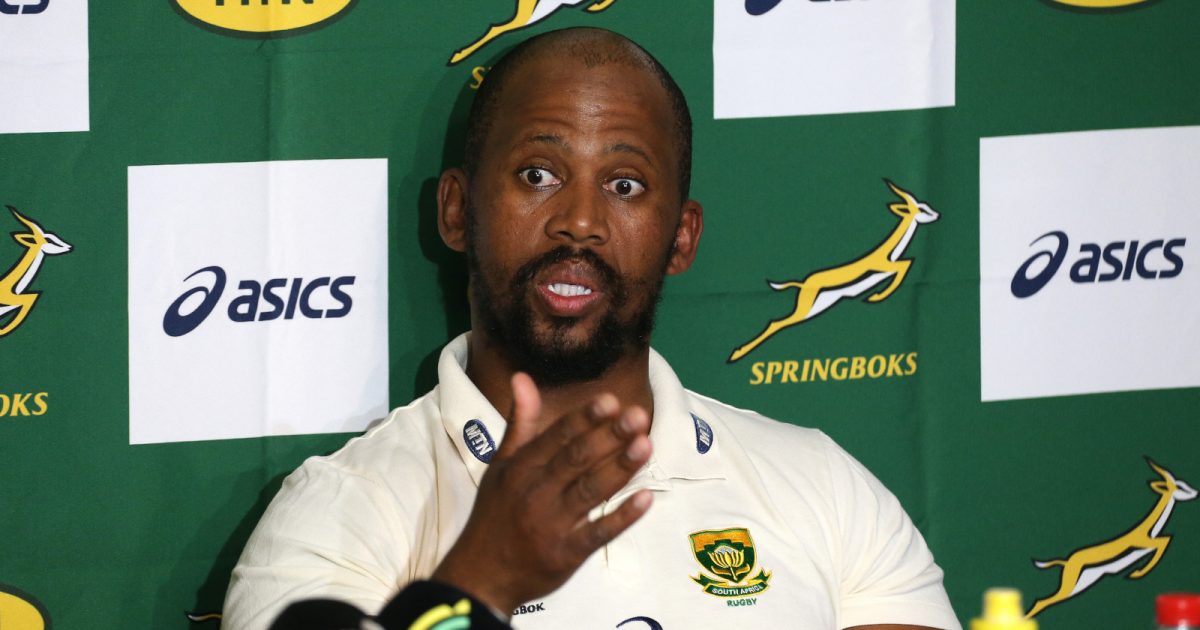 Springboks assistant coach Mzwandile Stick says they expect a difficult test from the other teams in the Rugby Championship.

The South African side is currently based in Hazyview on a training camp as they prepare for their first Test against New Zealand in Nelspruit.

Stick says the Springboks are looking to align further as a team and get into the specifics they would like to improve on before the Rugby Championship.

However, the 37-year-old claims his side are “under no illusions” as to the challenges the other countries will give the Springboks.

“This week our focus will be mainly on where we are as a team and what we need to improve on before the Rugby Championship,” said Stick.

“There are a number of areas that we feel we need to be more effective in going into this competition, and we had a good look at those aspects of our game in our team meetings on Monday and started working on fine tuning them.

“We are under no illusions about the challenge ahead against New Zealand, Australia and Argentina.

“We’ve learned over the years that we will be tested in every Test match, so this week is all about us and improving as a team, and we will turn our focus more toward preparing specifically for the New Zealand Test next week.”

Stick underlined that training at a high intensity is crucial for the team to achieve their goals so that they are prepared for the southern hemisphere’s premier competition.

“As coaches we discussed the importance of being as accurate as possible at training and maintaining a high level of intensity throughout the week so that we can gain as much as possible out of this training camp,” he said.

“It is vital that we achieve what we set out to at each training session so that we can be as effective as possible in those aspects of play when we take the field.

“It is great to see the focus in the squad, and it is clear that everyone is expecting a massive challenge during this Rugby Championship campaign.”

The Springboks begin their campaign with two Tests against the All Blacks in Nelspruit on Saturday, 6 August and in Johannesburg a week later.

READ MORE: Opinion: Love him or hate him, Willie le Roux remains as important as ever to Springboks