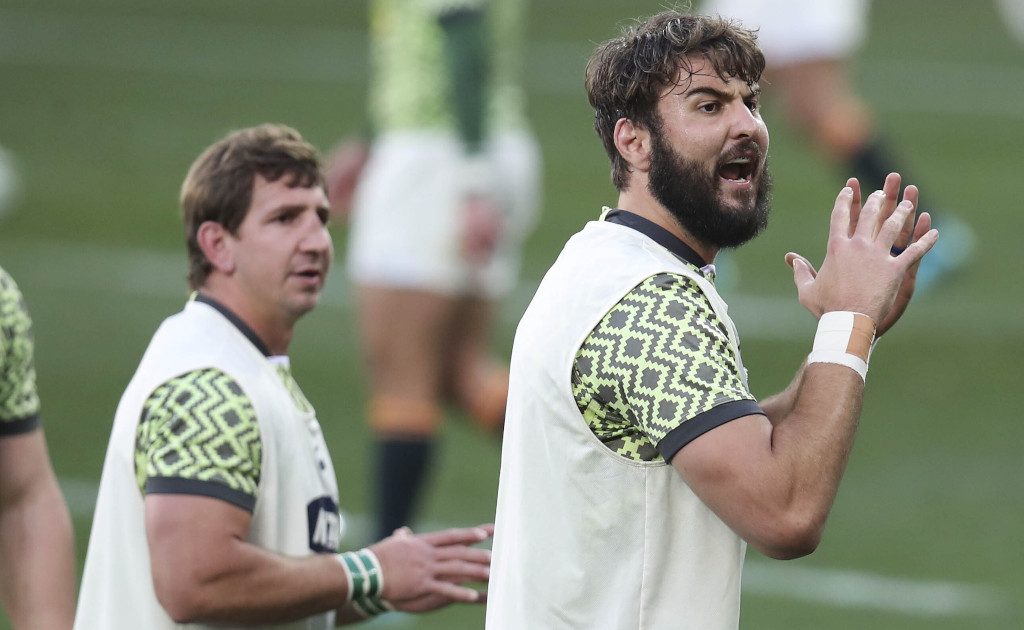 South Africa have been boosted by the return of Lood de Jager, Elton Jantjies and Frans Steyn to their matchday squad for Saturday’s Rugby Championship clash with New Zealand in Townsville.

The Springbok head coach has made five changes to his squad for the Test against the All Blacks, with Trevor Nyakane named at loosehead prop for his 50th cap. Two of the alterations are in the starting XV, and more three on the bench, which feature a five-three split this week.

De Jager (lock) has completed his return-to-play protocol after suffering a concussion against the Wallabies two weekends ago, and reunites with Eben Etzebeth in the second-row, which sees Marvin Orie drop out of the squad.

The other change in the starting line-up is at blindside flank where Kwagga Smith is promoted from the bench in a direct switch with Franco Mostert, who will come off the bench this week in a rotational switch to manage his workload.

Jantjies and Steyn are the new players amongst the replacements, with Steyn set to provide cover at centre and full-back, and Jantjies at fly-half, while Herschel Jantjies will be scrum-half back-up.

With Jasper Wiese’s fate yet to be decided following a delay in his disciplinary hearing for foul play at a ruck, which was held earlier on Tuesday, Marco van Staden and Mostert – who covers lock and loose forward – are set to spark some energy later in the game, much like the replacement front-row of Steven Kitshoff, Vincent Kock (both props) and Malcolm Marx (hooker).

Cheslin Kolbe (wing) is still recovering from the knock he took to the leg before the first Test against Australia, but Nienaber said the speedster was making good progress and could be available for selection next weekend.

“It’s always a massive task to face the All Blacks,” said Nienaber.

“They have skillful players who thrive on turnover ball and who know how to capitalise on point-scoring opportunities, so we know that we need to a deliver a quality 80-minute performance against them to turn the corner after two disappointing defeats.

“Experience will be vital to ensure that we remain focused and calm throughout the match, and players such as Elton and Frans will bring that when they take the field. They have both played and won against the All Blacks, but they will also bring a set of different skills.

“Lood also boasts 51 Test caps, which will be valuable in this match, while has Kwagga has faced them before as well, which gives us a chance to give Franco a well-deserved opportunity to be managed carefully this week after a physically taxing load since the season started.

“Both Elton and Frans have been training very well, they’ve also been in our structures for years and have performed well for the team in high-pressure matches, so we are keen to see what dynamic they will bring to the game.”

Nienaber expected an epic encounter against the All Blacks, who have won all four of their Rugby Championship matches up to now with bonus points.

“We are fully aware of the challenge that awaits us, and we know what we have to do to stay on the right side of the scoreboard this weekend – strong defence, accurate execution and capitalising on our point-scoring chances will be key,” he said.

“We also have to ensure we make minimal mistakes because the All Blacks have proved time and again how they punish teams from small errors, so we need to deliver an effective performance all around.”