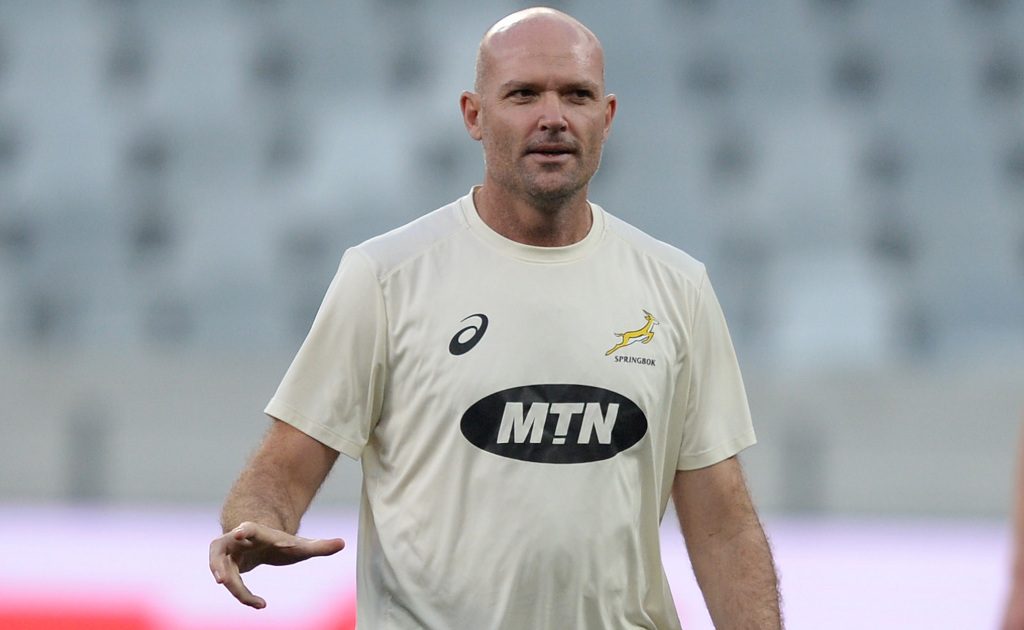 Springbok coach Jacques Nienaber will select a side only consisting of South African-based players for the England clash in November, according to a report.

The match against England on the 26th falls outside the Test window, making it the most apparent encounter to field a local-based side, according to Rapport.

The Springboks would not be able to draw on the services of a vast pool of overseas-based players, many of which make up the core of the current squad, including Lood de Jager, Eben Etzebeth, Duane Vermeulen, Faf de Klerk, Damian de Allende and Cheslin Kolbe among others.

This may force Nienaber to throw local players on to gain much-needed experience before the clash at Twickenham.

The England encounter is one of four Tests that have been designated for player growth and development, with the final match against Wales in June, one of the two Rugby Championship games against Argentina and the end-of-year Test versus Italy all emerging as possible candidates.

Captain Siya Kolisi is one of the players available throughout the season, alongside Steven Kitshoff, Frans Malherbe and Makazole Mapimpi, while several talented youngsters, including Evan Roos, Jordan Hendrikse and Salmaan Moeraat, could get an opportunity to don the green and gold.