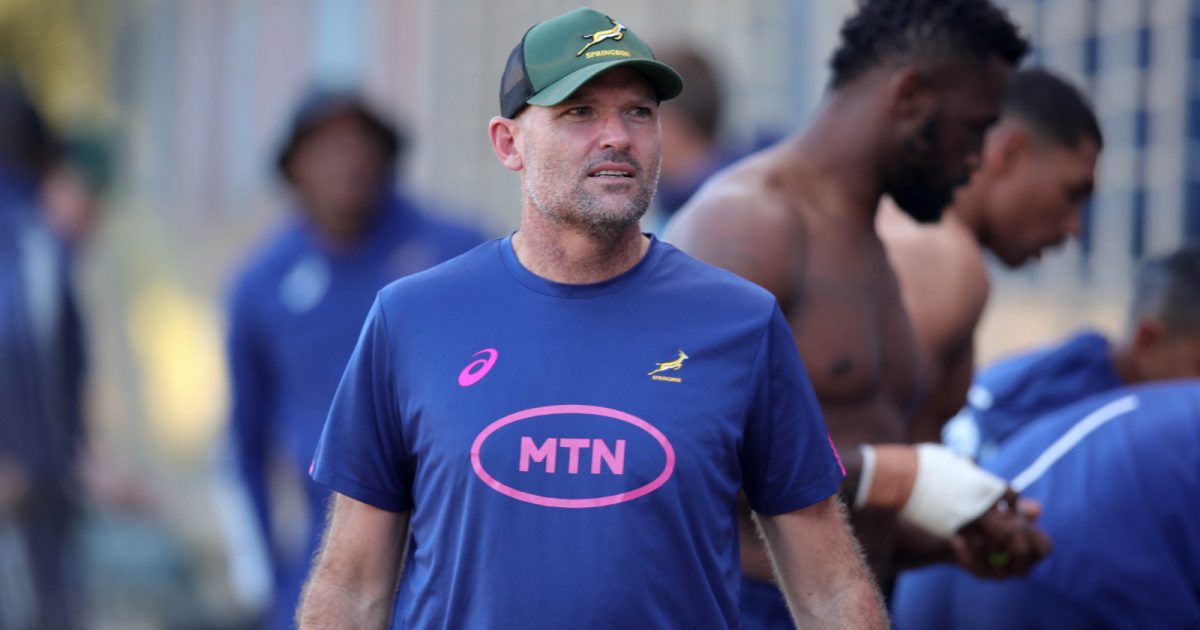 South Africa head coach Jacques Nienaber is not reading too much into the All Blacks’ poor form going into their Rugby Championship double-header.

New Zealand go into the southern hemisphere showpiece ranked fourth in the world – their worst ever position – after suffering four defeats in their last five games.

They succumbed to France and Ireland in November before losing two out of three games against Andy Farrell’s men in the recent mid-year Tests to fall to a 2-1 series defeat.

Pundits in South Africa and New Zealand have been brutal in their assessment of the All Blacks’ recent form but Nienaber prefers to steer clear of that kind of talk.

“We try to shy away from these types of issues, to avoid what’s being said from the outside,” he told reporters.

“In the end, we’re all under pressure. If we were to lose two games in a row, we’d be under immense pressure too. It is what it is.”

Nienaber knows that whatever has come before will have little bearing on their upcoming Rugby Championship clashes and that matches between the two rivals are titanic no matter the status or form of either side at the time.

“The All Blacks will be desperate, but to be fair, the All Blacks are always desperate. They have a lot to play for, just like us,” he said.

“They’re playing for their nation, just like we do. We try to keep things realistic by focusing on what we can control.

“We can’t control how desperate they might be and what measures they have implemented to assist with that objective. We focus on our prep.”

Nienaber isn’t even convinced that the recent axing of assistant coaches John Plumtree and Brad Mooar will have much impact.

“If you think back to 2019, we were Rugby Championship champions but a few games from the World Cup and the Swys (de Bruin) change happened after New Zealand,” he added.

“There were two games against Argentina and one against Japan before we went into a World Cup and got Felix Jones in less than a month.

“It is what it is; you just learn to deal with it.”