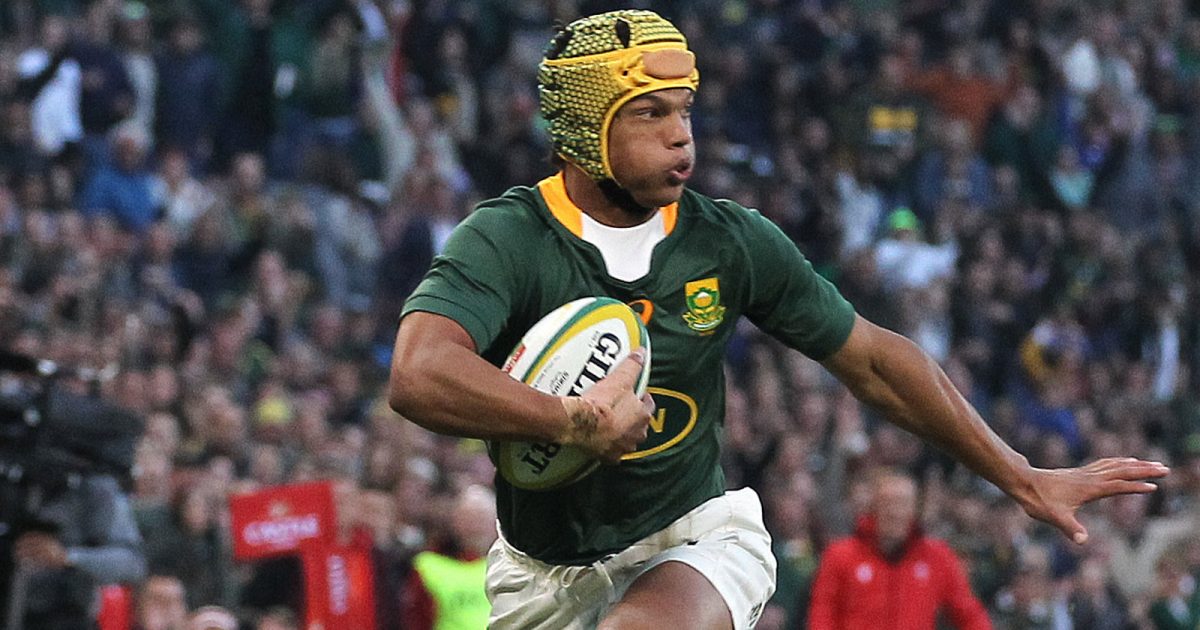 Springbok head coach Jacques Nienaber is confident Kurt-Lee Arendse will give a good account of himself in Saturday’s Test against the All Blacks in Mbombela.

There had been plenty of speculation about who would wear the number 14 jersey for South Africa in this fixture since star wing Cheslin Kolbe broke his jaw in the Springboks’ third Test against Wales in Cape Town last month.

Jesse Kriel, whose first-choice position is outside centre, has filled in on the wing in the past for the Boks but Arendse caught the eye with an impressive display on his international debut in the 13-12 defeat to Wales in the second Test in Bloemfontein.

“We just thought that Kurt-Lee performed well in that second Test against Wales and there are a lot of similarities if you look at his game and Cheslin’s,” said Nienaber after giving him the nod.

“So, I think we get a like-for-like player there.

“It is probably about rewarding performance. He really played well on the wing [against Wales].”

Faf de Klerk in at nine

In another change to the third Test against Wales, experienced scrum-half Faf de Klerk returns to South Africa’s run-on side at the expense of rookie number nine Jaden Hendrikse, who drops down to the replacements bench.

Nienaber explained his thinking around that selection.

“Faf has been with us for a while and he is very experienced and we won big games with him in the past like the World Cup and the British and Irish Lions,” he said.

“It is nice to have him back in the mix. We will need him in this particular game and his skill-set. That’s the reason we decided to go with him.”