Home South Africa Springboks: Deon Davids highlights two key areas they must improve if they are to beat New Zealand in Rugby Championship 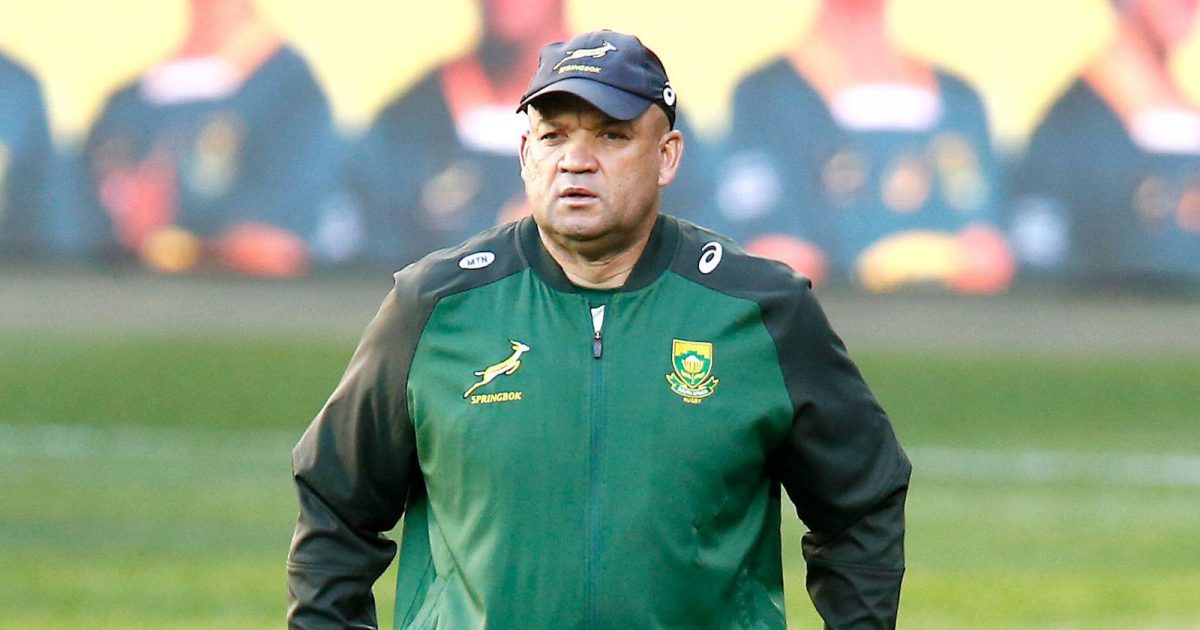 South Africa assistant coach Deon Davids believes his side must be on top of their game in the set-piece if they are to beat New Zealand on Saturday.

Speaking at a media conference on Monday, Davids was joined by Springbok tighthead prop Frans Malherbe as the pair looked ahead to the opening game.

New Zealand take on South Africa on the road in their first two matches, the first being at Mbombela Stadium this week before they head to Johannesburg.

Respects the All Blacks

“We have a lot of respect for the way New Zealand approaches the set-pieces, and their coach has made it clear that the scrums and mauls are going to be important for them, so we also need to make sure that we improve in those areas,” Davids said in the build-up to this Saturday’s Rugby Championship opener.

“Matches between New Zealand and South Africa are always among the most hotly contested games, so we have to ensure that we perform to the best of our ability.”

That view was echoed by Malherbe, who added: “The All Blacks always have a good scrum, and we will be in big trouble if we underestimate them. They are always a formidable side and after losing two Tests against Ireland, they will be desperate to bounce back.

“They will be very dangerous now.

“That said, our focus is on our game and to ensure that we constantly improve in the execution of our game plan.”

South Africa come into the tournament on the back of a 2-1 series win over Wales, with Davids admitting they have a few work-ons from the July fixtures.

Set-piece will be vital

“The basics of the game stay the same, so we need to be more effective all around,” he said.

“We want to improve in the execution of our set-pieces, and we know that there are not many opportunities to score points at Test level, so we have to make sure we use our chances well.”

He added: “We know what we have to work as we look forward to the bigger picture.

“We have two Tests against New Zealand at the start of this competition, and we are aware of the challenge ahead. We know we need to perform better in this series, and we are determined to improve.”

READ MORE: Jean de Villiers: Springboks can win both Tests against the All Blacks