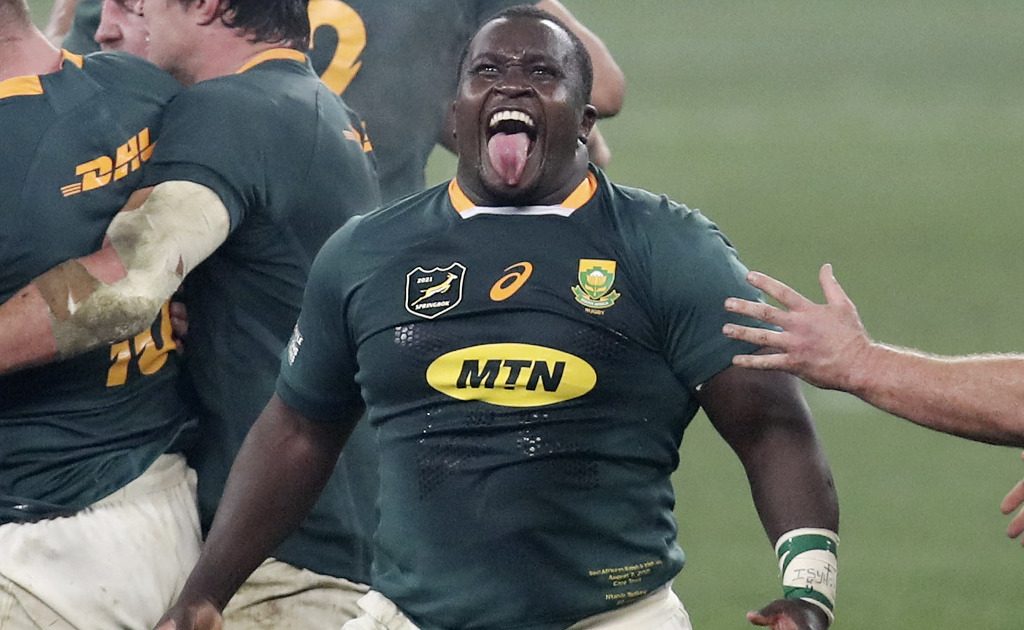 South Africa head coach Jacques Nienaber opted for continuity in selection for the Rugby Championship clash against Australia in Brisbane on Saturday, making only three changes to his matchday squad.

One of those alterations was enforced as the Boks aim to bounce back from last weekend’s defeat to the Wallabies.

In the two personnel changes in the starting line-up, Marvin Orie takes over at lock from Lood de Jager, who has started his concussion return to play protocol, and Trevor Nyakane was named at loosehead prop, with Steven Kitshoff named amongst the replacements in place of Ox Nché.

Keen to make their presence felt

Nyakane, who boasts 48 Test caps, and Orie last ran out for the Springboks in the team’s second Test against Argentina in Nelson Mandela Bay a little over three weeks ago – and with the set-pieces and contact points expected to be key areas of the game, they will look to make their presence felt.

Nienaber again opted for a six-two split of forwards on the bench where Marco van Staden, Kwagga Smith and Jasper Wiese will add impetus along with the front-row of Kitshoff, Malcolm Marx and Vincent Koch, while Herschel Jantjies and Damian Willemse will provide cover in the backline.

“This is an experienced group of players who knows what it takes to deliver under pressure, and we all know what we need to do to bounce back from last week’s defeat,” said Nienaber.

“Trevor is a Rugby World Cup winning prop and his experience, as well as Steven’s experience off the bench, will be valuable against the Wallabies, who place a big emphasis on the scrums, much like we do.

“Marvin has also been in our system for a while. He has been working hard at training, and this will be another great opportunity for him.

“We identified the areas in which we need to be more effective this week, and we have been working hard at training to rectify the mistakes we made, so the key for us will be to be as competitive as possible in every contest during the match so that we can lay a good foundation to attack from and to use our point-scoring chances.”

Nienaber expected another quality performance from the Wallabies and he looked forward to a great contest.

“Australia were desperate to win last week, and it showed in the way they played,” said Nienaber.

“There is no doubt the result would have given them confidence, so we are expecting to them deliver a similarly driven performance this week.

“That said, we know what we are capable of as a team, and we created sufficient opportunities to win last week, but we didn’t capitalise on them. So, we back our systems and structures, and it is now a matter of being as effective as possible in executing our plan.

“We are expecting another grind of a match, but we are ready for the challenge.

“Our next three matches will be similar to playing a quarter-final, semi-final and final if we want to defend our Castle Lager Rugby Championship title, and we are under no illusions about what it will take to achieve this.”