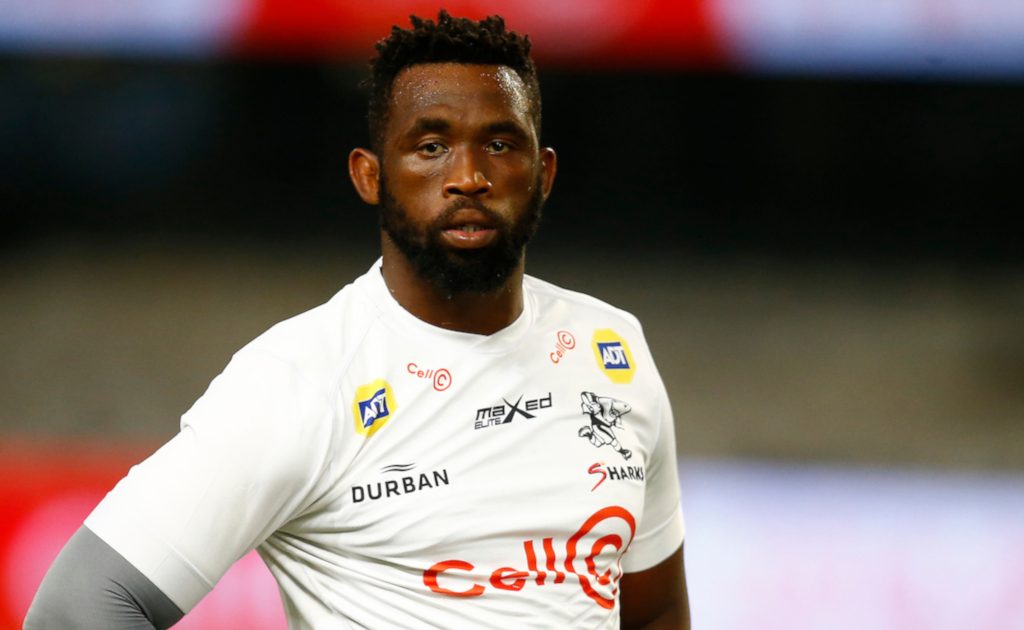 Head coach Sean Everitt has welcomed back his Springboks into the Sharks fold and had no hesitation in naming an extremely competitive and experienced side for Friday night’s clash at Jonsson Kings Park.

With the first four rounds of URC action now over and the autumn Test window a thing of the past, the South African sides are back to full strength and Everitt has been able to recall numerous Boks to his side for this match-up.

Back in the side are Springbok captain Siya Kolisi and inspirational leader Lukhanyo Am, along with test wingers Makazole Mapimpi and Sbu Nkosi, while hooker Bongi Mbonambi makes his debut in the black and white jersey, having been signed from the Stormers.

Meanwhile, tighthead prop Robert Hunt will earn his first starting berth for the Bulls when they take on a strong Sharks team in the United Rugby Championship clash.

Director of rugby Jake White announced an exciting 23-man squad that will face a Sharks team that is loaded with international players in the South African derby, which will be a repeat of the previous two editions of the domestic Currie Cup final.

Hunt, who made his debut and played off the bench on the Bulls’ four-week tour of Europe in the opening rounds of the URC, will buckle down alongside Gerhard Steenekamp at loosehead prop, with the experienced Bismarck du Plessis starting at hooker.

A few positional switches in the backline will make for an exciting battle against what could potentially be an almost all-Springbok backline for the home side.

Kurt-Lee Arendse will start in the full-back jersey while David Kriel will get an opportunity at outside centre, alongside Cornal Hendricks.

Richard Kriel will earn his URC debut when he lines up on the left wing.

The return of Graham on the wing is the only alteration to an otherwise unchanged back three as full-back Emiliano Boffelli – who makes his first home appearance following a try-scoring debut last weekend – and Damien Hoyland – also a try-scorer against Dragons – retain their place in the starting line-up.

Scotland cap Dave Cherry gets the nod at hooker and packs down alongside an unchanged prop pairing of Boan Venter and WP Nel, while Gilchrist returns at lock to partner Jamie Hodgson in the second-row.

Meanwhile, Benetton have made four changes from the side that defeated Glasgow Warriors last weekend.

In the backline, they are strengthened by Italian internationals Monty Ioane and Juan Ignacio Brex, who replace Edoardo Padovani and Luca Morisi respectively.

Up front, there are also two alterations as Niccolò Cannone comes in ahead of Carl Wegner and Hame Faiva starts at hooker.

On the bench, Thomas Gallo returns from Argentina duty, which means Tomás Baravalle is dropped from the squad.

Leinster head coach Leo Cullen has been able to call on a selection of returning internationals this week.

Two of those, Hugo Keenan and James Lowe, will line out in the back three where they are joined by Jordan Larmour.

Robbie Henshaw swaps from outside centre to inside while Garry Ringrose returns to don the number 13 shirt.

Once again, Luke McGrath will lead the side out as captain and he is partnered in the half-backs by Harry Byrne, a replacement last week against Ulster.

In the pack, Cian Healy, newly-capped international Dan Sheehan and Michael Ala’alatoa make up the front-row with Ryan Baird and Devin Toner slotting in behind them.

Autumn Nations Player of the Series Caelan Doris starts at number eight where he is flanked by the familiar presence of Rhys Ruddock and Josh van der Flier.

Josh Murphy will reach a half-century of appearances for the province if he is introduced from the bench.

For Connacht, they have made three changes to their starting XV for Friday’s URC interpro away to Leinster.

Having all come off the bench last week, Oisín Dowling, Eoghan Masterson and Peter Robb are named to start in the second-row, blindside flanker and inside centre respectively.

The rest of the team is the same that ran in seven tries against Ospreys, meaning Robb is partnered by Sammy Arnold with a back three of wingers Mack Hansen and Alex Wootton and full-back Oran McNulty. Kieran Marmion and captain Jack Carty continue at nine and 10 respectively.

The front-row of Matthew Burke, Dave Heffernan and Finlay Bealham is unchanged for the fifth straight game, while Ultan Dillane partners Dowling in the second-row.

The replacements include Cian Prendergast and Tom Farrell who both return to the matchday 23 having recovered from injuries.