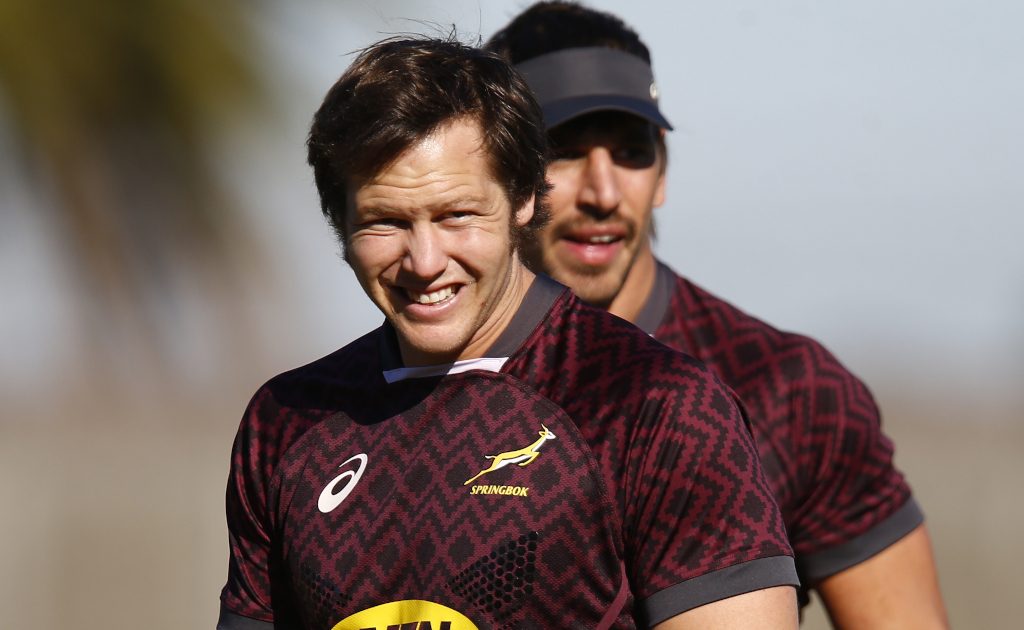 South Africa have been dealt a blow after it was confirmed that second-row Nicolaas Janse van Rensburg will miss the rest of the Rugby Championship.

The Springbok lock has withdrawn from the squad due to personal reasons.

Janse van Rensburg, who made his Springbok debut against Argentina in Nelson Mandela Bay, was one of five specialist locks in the touring squad, with the others being Lood de Jager, Eben Etzebeth, Franco Mostert and Marvin Orie.

Utility forwards Rynhardt Elstadt and Jean-Luc du Preez can cover lock and back-row, which gives Springbok coach Jacques Nienaber sufficient options in the second-row as they prepare to face Australia in Brisbane on Saturday, and New Zealand thereafter in back-to-back Tests in Queensland.

“It is always sad to lose a player, and especially such a good team man, but Nicolaas has personal matters to attend to, and as a Springbok family we support him,” said Nienaber.

“With the strict COVID-19 protocols to enter Australia, which includes a mandatory two-week quarantine, he will not be returning. But we are fortunate to have depth in our touring squad as we prepare for a challenging string of matches against Australia and New Zealand in the next three weeks.”

The Springboks made the journey from their base at Sanctuary Cove near Brisbane to the city centre on Monday and Nienaber and his coaching team immediately got down to business to pin-point the areas of the game that let them down in their last-minute 28-26 defeat on the Gold Coast on Sunday.

The team had Monday off to recover and resumed their on-field preparations for Saturday’s showdown against the Wallabies at the Suncorp Stadium on Tuesday.

“We had a review of the performance on Tuesday morning and identified the areas we need to place extra emphasis on this week,” said Nienaber.

“The entire squad was disappointed about the result, but it’s important that we put it behind us and ensure that we don’t make the same mistakes again.

“We have three big matches coming up, and if we win them all we can still defend our Castle Lager Rugby Championship title, so we’ll continue to work hard on the field to achieve that.”