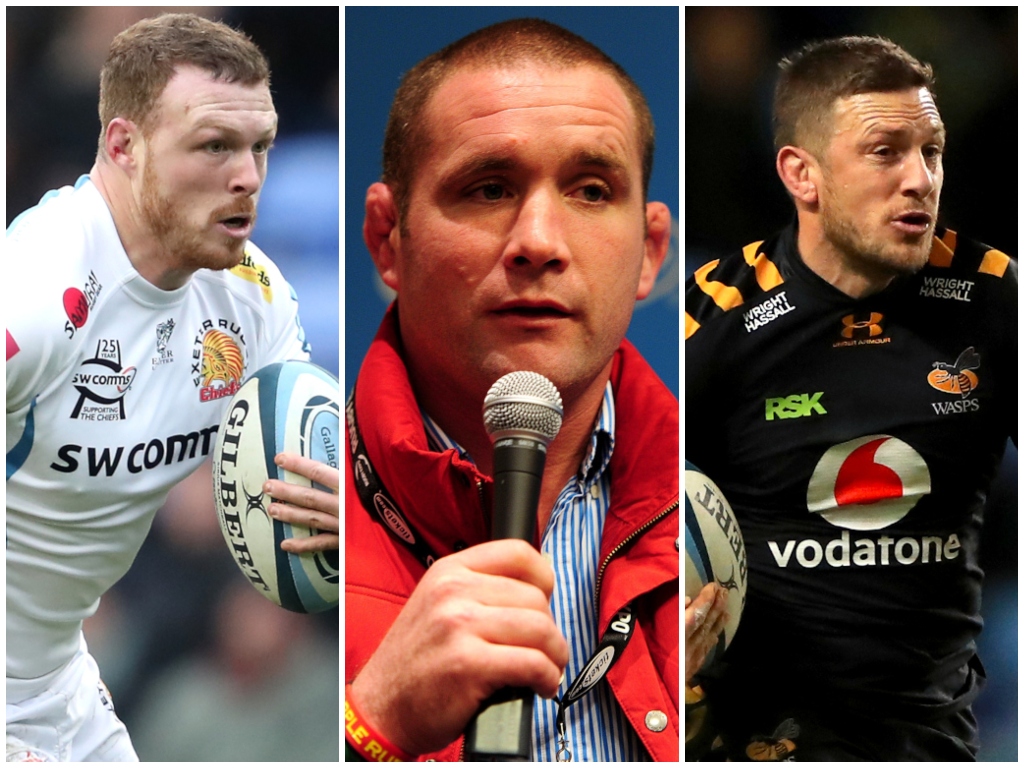 With the domestic season finally hitting the buffers after a long and emotional journey, former England and Wasps tighthead Phil Vickery joined James While to discuss the Premiership Final on Saturday.

Vickery has one foot in the South West of Exeter Chiefs and the other firmly in the Wasps camp and admits to having split loyalties when it comes to calling the result this weekend.

“It’s an interesting one, isn’t it? You’ve got two very contrasting playing styles on one hand but two very similar cultures on the other,” he mused.

“At Chiefs, watching their evolution has been quite staggering. Everything in their club, from ticket sales and marketing to high performance coaching, is of excellence and is done the right way. It’s a magnificent culture, one that starts with (chairman) Tony Rowe and Rob Baxter and permeates right through the group.

“My personal touch points have been very positive – growing up in North Cornwall, I wish they’d been around when I played. The impact they’ve had on my region is enormous – places like Redruth and Penzance are all about supporting Chiefs’ success, as conduit clubs for emerging players and I’m immensely impressed with the manner Exeter have done it,” admired the former England skipper.

“Equally, Wasps were in a dreadful place ten months ago with Dai Young departing. As a group of individuals, they could have written the season off, treaded water and reset for next season. But, to their credit, they decided to do something about it, and praise should go to Lee Blackett and his assistants for creating this ‘no fear, fun culture’ that seems to characterise the DNA of Wasps.

The team is alive

“Blackett has built on the basic values we had when I was with the club – intensity, love of the game and deep passion for enjoyment. The team is alive and well and I’m proud to be a former Wasp,” concluded an emotional Vickery.

Looking forward to the weekend, form and style suggests that the match will be the phase continuity and power of Exeter versus the disruption and opportunism of Wasps. Vickery sees them, whilst having similar cultures off-field, as having contrasting approaches on pitch.

“Look, when it comes to finals day, the first thing we know is you chuck the form book out of the window. It’s a two-horse race, with the stable and solid Exeter absolutely being the best side in the Premiership all year, versus the impudence of Wasps, who have played the most thrilling rugby in the tournament since restart in August.

“For Chiefs, they’re coming off the back of their European Cup win and the first thing they need to do is match, or even exceed, the emotional levels of last week, which is often easier said than done.

“Wasps will approach the game with no fear. The uncertainty they’ve had this week will be forgotten in the heat of battle and they’ll ooze the qualities of determination and intensity I mentioned earlier.

“Tactically, the match-up of the wave of Exeter phase play versus the best jackalling side in England is delicious. My old pal Shaun Edwards always used to say ‘mate, it’s simple; defence wins you matches’, and whilst that’s probably true, Exeter’s power, patience and persistence is their hallmark and it’ll be a massive task even for Jack Willis and company to better them in the defensive effort.

“When you look at Exeter, the quality they have in every unit is simply astonishing. They’ve two international quality front-rows, three international quality locks, players like the Simmonds brothers, Slade, Hogg and Nowell. The duel of the tightheads is one that naturally interests me and you’ve Harry Williams, who should have gone to the World Cup, and Kieran Brookes, who is as good a scrummager as there is. I don’t see either side having much of an advantage, with both front-rows as good as you’ll find at this level.

“Wasps will rely greatly upon the leadership of their senior players, Brad Shields, Dan Robson and Jimmy Gopperth. Gopperth has been one of the finest overseas signings in the Premiership and he’ll look to steer the youngsters around him; I simply don’t know how, at 37, he maintains the levels he does at his age and his experience will be absolutely vital,” observed Vickery.

“In terms of the overall game, Wasps will be determined and dangerous, whereas Exeter will be organised and almost unstoppable if they hit their rhythm. The key for me, along with the Wasps jackalling effort, is if Robson and Jacob Umaga can get Wasps playing in the right areas to create a platform to run off.

“However, if Exeter use their kicking game to find grass then get into their wave upon wave of phase play, with the likes of Stuart Hogg, Henry Slade and Jack Nowell running the broken lines, they’ll be a hard team to beat,” he concluded. “It’s a clash of two similar cultures, two contrasting playing styles, but best of all, it’s the two best teams in the Premiership playing for the crown.