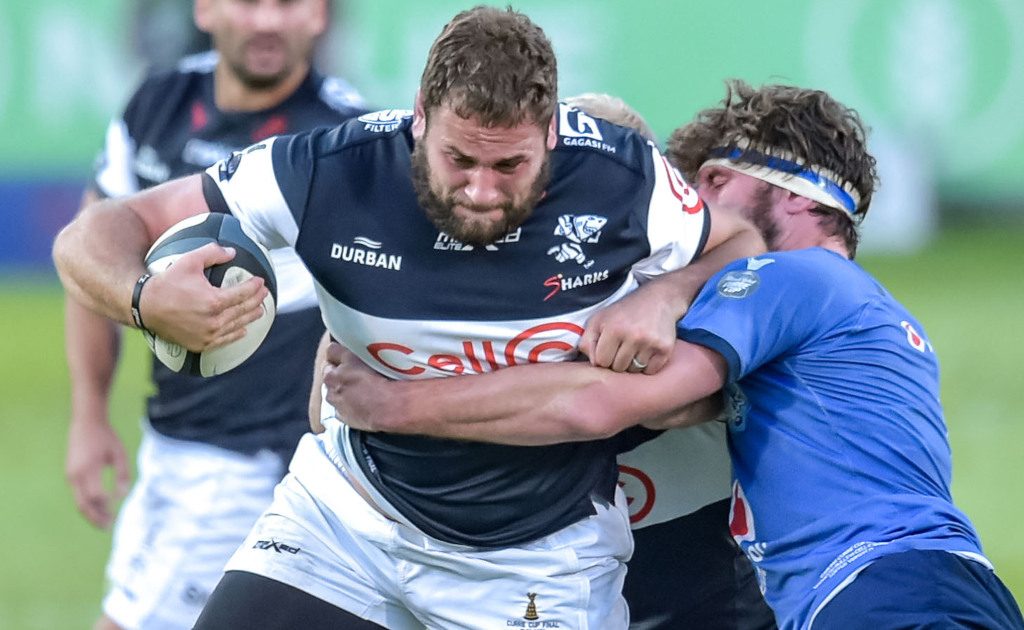 South Africa’s United Rugby Championship teams will play derbies which would have been played later in the season this weekend, in lieu of their scheduled matches against Welsh, Irish and Italian touring teams.

The Sharks will host the Bulls in Durban on Friday, while the Stormers will square off with the Lions in Cape Town on Saturday afternoon.

Meanwhile, the travelling teams caught out by the sudden addition of South Africa to the UK’s travel red list are in danger of being thrown cold into the ferocity of a Champions Cup weekend, after organisers said they have no plans to postpone games on the tournament’s opening weekend.

The European Cup is due to kick off on December 10, with Cardiff hosting European champions Toulouse the following day, the Scarlets travelling to Bristol and Munster visiting Wasps 24 hours later.

Scarlets players and staff are isolating at a Belfast hotel after arriving into Dublin from South Africa during the early hours of Monday while Munster and Cardiff also face 10 days of hotel quarantine when they eventually arrive back.

They had hoped to join the Scarlets and Italian club Zebre Parma in leaving Cape Town on Sunday aboard a charter flight after South Africa was added to the UK Government’s travel red list.

But Munster then reported one case of Covid-19, while Cardiff also remained in Cape Town following two positive cases – one of which is suspected to be the new variant Omicron – with both groups having started a period of isolation.

Munster have since been cleared to fly home but will still face 10 days’ quarantine on their return, making good preparation for their match with Wasps all but impossible, while Cardiff’s players are stuck in hotel rooms and using YouTube for exercise while they await permission to leave.

Such a stance, though, drew criticism last season after a handful of coronavirus-related cancellations saw teams responsible handed 28-0 defeats.

An EPCR spokesperson said: “We are monitoring the situation and are in contact with the clubs.”

“Having helped to repatriate two of our teams, the URC continues to support the two remaining teams in South Africa,” read a URC statement.

“There is a widespread network of stakeholders working vigorously to ensure the safe return of both Cardiff Rugby and Munster Rugby as soon as possible and keep them comfortable at this time.

“This has been an incredibly challenging period for everyone involved, most notably the players, staff and their families.”

Ireland’s sports minister Jack Chambers said the majority of the Munster party are free to travel home after South Africa health authorities had given approval.

Head coach Johann van Graan told Munster’s website: “This has been a whirlwind of a time and we are very grateful to the people in the background who are helping us during this challenging period, and for all the best wishes we are receiving.

“We have one player in a different hotel who is doing as well as possible after receiving a positive PCR result, while the remainder of the group are isolating individually at the team hotel.

“Work is ongoing with all relevant authorities in securing our return to Ireland at a time when safe and appropriate, but for now our priority is to look after our players and staff.”

A Cardiff statement added: “We can confirm that all of last night’s PCR tests have returned negative results. We continue to work with all relevant authorities to secure our repatriation back to Wales.

The two Cardiff players who tested positive have been moved to a managed quarantine hotel but apparently remain asymptomatic and in good spirits.

‘Emotion got the better of McGuigan’ – Alex Sanderson

Byron McGuigan’s red card on Sunday was the result of sheer frustration, according to his Sale Sharks director of rugby Alex Sanderson.

McGuigan was sent-off as the Sharks went down to a 25-14 defeat to Saracens at StoneX Stadium at the weekend – their fifth Premiership loss of the campaign.

Sale were already struggling at 13-0 down when McGuigan reacted to a minor provocation from Nick Tompkins, throwing the Wales centre to the ground and then into the hoardings.