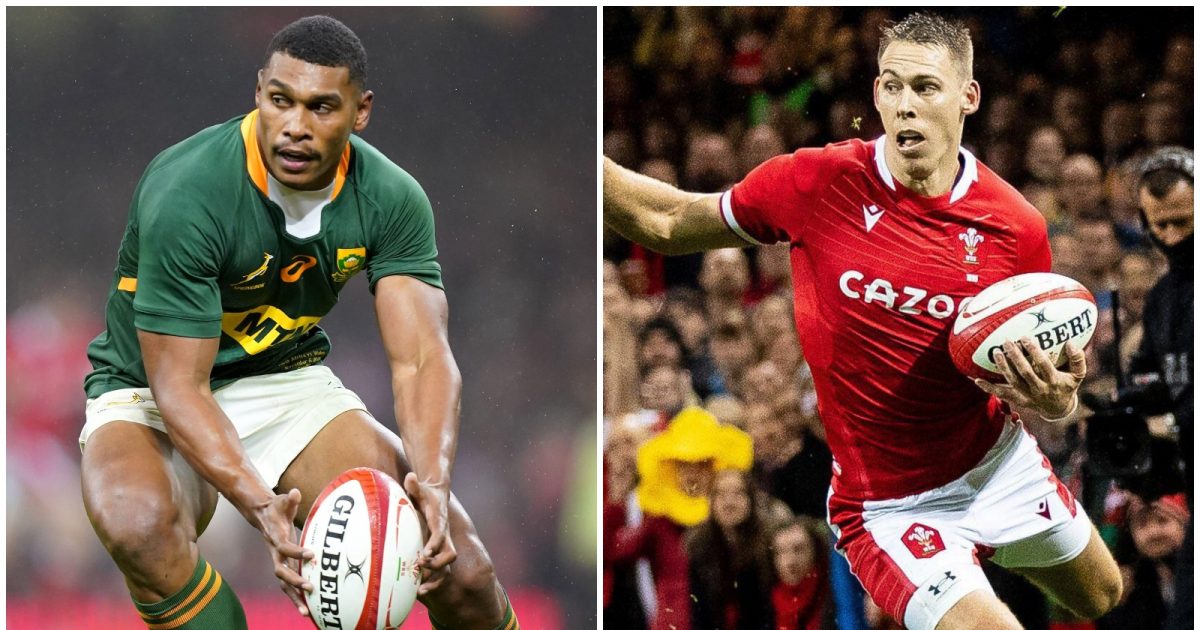 After a poor Six Nations campaign, Wales will be determined to make a positive start to their South African tour when they take on the Springboks at Loftus Versfeld in Pretoria on Saturday.

That is easier said than done though as the Springboks come into this three-Test series in a confident mood as the match is set to take place in front of a sold-out crowd.

Apart from having plenty of home support, the Boks will be buoyed by their record against Wales on home soil. These countries have faced each other a total of 37 times with South Africa victorious on 30 occasions with Wales winning six of those encounters and one match ended as a draw.

Such damning statistics is proof that the Welsh have a mountain to climb but their head coach, Wayne Pivac, will be able to call upon plenty of experience with the likes of Taulupe Faletau, Liam Williams, captain Dan Biggar, Dan Lydiate, Josh Adams, Adam Beard and George North needed if they want to upset their hosts while the world’s most-capped Test player Alun Wyn Jones as well as Josh Navidi are sure to make an impact off the bench.

The home side will have a familiar look about them with 19 of their 23-man squad for this Test part of their successful 2019 Rugby World Cup campaign and 13 of those players have been included in their starting line-up.

With a look of familiarity in their team selection, don’t expect captain Siya Kolisi and his men to deviate from their tried and trusted game-plan with forward dominance and an accurate kicking strategy set to test Wales over the full 80 minutes.

These sides met at the Principality Stadium in an Autumn international in Cardiff last year and the Boks were made to work very hard before they claimed a 23-18 victory. The visitors did not have things going their own way and breathed a sigh of relief in the 73rd minute when Malcolm Marx crossed for a try, which gave them a two-point lead, before Elton Jantjies added a late penalty which clinched the result. Earlier, Handre Pollard (4) and Francois Steyn slotted penalties for the Boks while Biggar contributed all Wales’ points courtesy of six three-pointers off the kicking tee.

Despite that disappointing Six Nations campaign, Wales head coach Pivac is focused on the positives from that tournament and believes it will stand them in good stead against the world champions.

“If we can hold South Africa to one try, as we did against France, then we would be pretty pleased,” he said.

“There was some good stuff that came out of that Six Nations, let’s not forget that.

“What we need to do from a team perspective is focus on the good stuff we put out there, build on it and make sure we have that on a regular basis over 80 minutes week in, week out.

“That is the challenge for us. We know how well we can play when we put it together.

“We’ve got to make sure we do that from the first minute to the 80th to stand a chance in these Test matches. It is something we are talking about.

“Not only do we have to be prepared physically, but mentally as well. The right mindset to be able to stick to task for the full 80 minutes is going to be a big challenge.”

Although Wales will start as underdogs, veteran Springbok full-back Willie le Roux, who starts on the replacements bench this weekend, is wary of their opponents who, in recent encounters, always seem to raise their game against the Boks.

“The last couple of games against Wales have always been close – one or two points, like in the (2019) World Cup semi-final,” he said. “It is always going to be a tough game against them.

“They don’t go away. They don’t play rugby in their half. They play smart.

Bok coach Jacques Nienaber has opted to leave regular fly-half Pollard out of his matchday squad which means Elton Jantjies gets a chance to run the show as South Africa’s chief playmaker in this Test. Although Jantjies has already won 44 Test caps, he is a much maligned figure amongst some Bok supporters, and eyebrows were raised when he was selected for this fixture after being in the news for the wrong reasons when he was arrested for allegedly causing “malicious damage to property” on a plane during a flight from Dubai to Johannesburg last month. Despite seldom getting starting opportunities, the 31-year-old has done well at Test level and heads into this clash with 326 points amassed for the Boks and needing just 10 points to surpass Bryan Habana (335 points) as his country’s fourth highest Test points-scorer.

Jantjies’ partnership with scrum-half Faf de Klerk is a crucial one as they will be expected to give their team direction as the key decision makers. That they can do the job is not in doubt as both have plenty of experience at Test level and know each other well as they pulled the strings for the Lions during a successful period for the Johannesburg-based outfit in Super Rugby earlier in their careers.

Another player to keep an eye on is loosehead prop Ox Nché, who has come on in leaps and bounds since making his Test debut in a losing cause against Wales in Washington DC in 2018. The 26-year-old is a powerful scrummager and will be determined to put his team on the front foot with a solid display at the set-piece. However, his game is not just about scrummaging as he also shines as a ball carrier, and puts his body on the line with big hits on defence.

For Wales, all eyes will be on Tommy Reffell, who is set to make his Test debut in this fixture. The 23-year-old is an ex-Wales U18 and U20 captain and was one of Leicester Tigers’ star performers during their charge to the 2021/2022 Premiership title in England. Reffell boasts outstanding breakdown skills, has high fitness levels and is a brilliant defender. Those characteristics proved crucial for Leicester during their successful campaign and he will be hoping to do the same for Wales.

✨ A star of the future at @LeicesterTigers ✨

Teed up by a clever @George_Fordy pass, Tommy Reffell bagged a try as Tigers cruised past Calvisano in Round 3 👌

Can he make an impact in the #ChallengeCupRugby knockout stage? 💪 pic.twitter.com/QQJSqW7VRL

Another player who will be determined to make a positive impact is George North, who returns to the Wales side for the first time since since suffering a horrific knee injury which kept him on the sidelines for more than a year. The 105-times capped international shone for Wales during their victorious 2021 Six Nations campaign with his direct running style and superb physicality standout features of his game. He lines up at outside centre in this Test and will be determined to regain that fine form again.

If Wales want to upset the apple cart then their skipper Dan Biggar will have to be at his best. An experienced player with an excellent skill-set, the 32-year-old’s distribution skills and game management is central to Wales’ success and he will be determined to take the fight to the Boks. Although his kicking game will have to be on point, Biggar also presents an attacking threat and his playmaking ability could provide the Boks with some headaches.

Both teams are blessed with brilliant attackers across the park but in South Africa’s Damian Willemse and Liam Williams of Wales these sides have outstanding players who have the ability to influence the game from the back. Willemse comes into this encounter in a rich vein of form after playing a leading role for the Stormers during their triumphant United Rugby Championship campaign. Although he featured mostly at inside centre during that tournament, he had some memorable moments at full-back where he impressed as a playmaker and created several try-scoring opportunities for his team-mates – something which Williams is also adept at.

Where the Welshman has the edge on the South African is that he has done the business on multiple occasions in the Test arena whereas Willemse, despite his obvious promise, is less experienced. Both are safe under the high ball and will be expected to give their side much needed momentum with counter attacks from inside their half of the field.

They will also be needed to bring relief from the back with long ranging touch finders when under pressure. Willemse kicks better out of hand but Williams has shown signs of improvement in that department although he has a tendency to run himself out of trouble. It will interesting to see which approach he prefers as the game will be played at altitude where the ball travels much further when kicking for touch.

The Boks are a different beast up on the Highveld and they will be determined to put in a polished performance in front of a capacity crowd at Loftus Versfeld. Wales have plenty of class in their ranks, and they should be competitive, but it will be a bridge too far for them. South Africa to win by 10 points.

READ MORE: July internationals: Our writers give their predictions for the five series and it’s not good news for the home nations