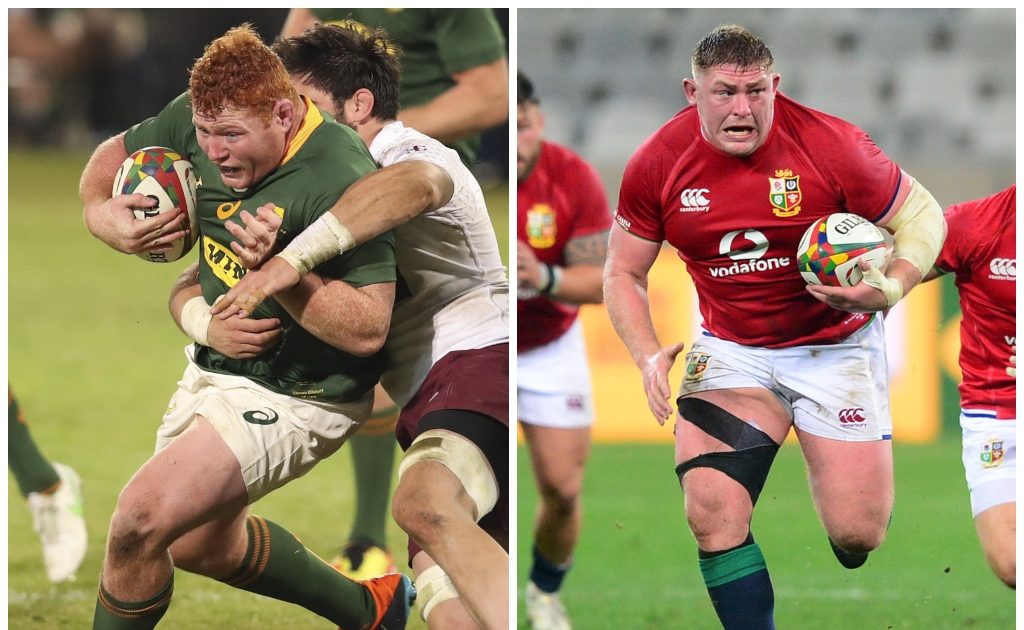 The British & Irish Lions could seal a first series triumph in South Africa since 1997 with victory over the Springboks on Saturday.

Here is a look at one of the key match-ups at Cape Town Stadium as two of the best prop forwards in the world game go head-to-head.

Powerful scrummager Kitshoff has been drafted into the Springboks’ starting line-up with South Africa bidding to hit back to their set-piece best. The Boks struggled at the scrum in the first Test, and Ox Nche has dropped out with a minor injury. Kitshoff’s promotion from the bench alongside Frans Malherbe at tighthead is designed to bolster the hosts’ scrum stability and power.

Ireland powerhouse Furlong has grown steadily into one of the globe’s foremost front-rowers, just as much for his ability around the field as his rock-steady set-piece work. The Lions leant heavily on Furlong’s scrum power last week and will be looking for more of the same, especially with the Boks aiming to crank up the pressure in the tight exchanges.