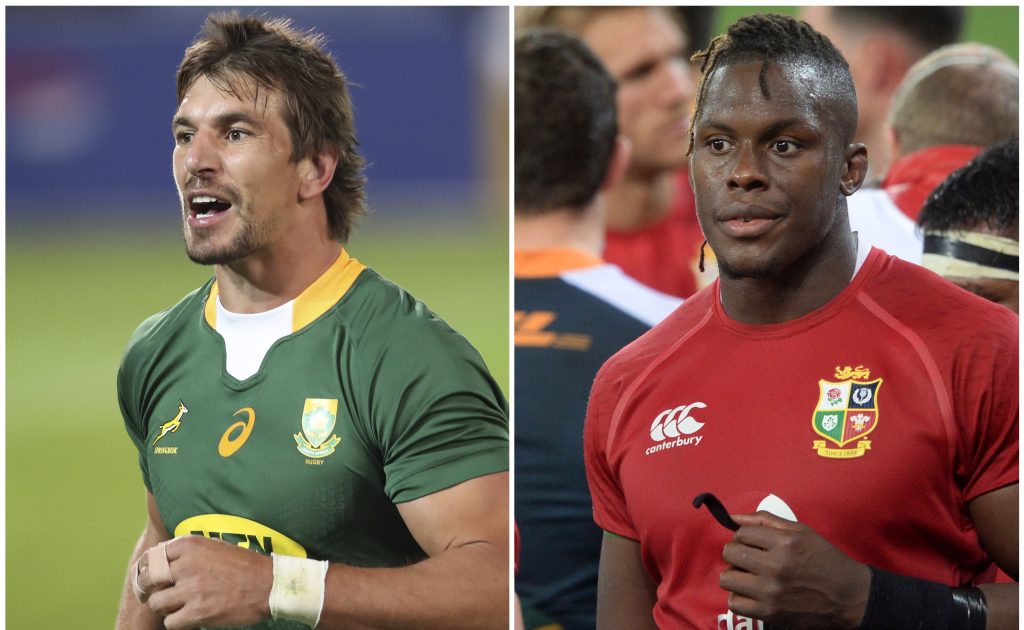 The British and Irish Lions collide with South Africa in the first of three Tests at Cape Town Stadium on Saturday.

At the heart of a colossal forward battle will be the duel between towering second-rows Eben Etzebeth and Maro Itoje. Here, we analyse both players.

South Africa field the most physical pack in world rugby and Etzebeth acts as their alpha male, a snarling aggressor who sets the tone through his appetite for confrontation. If tempers fray on Saturday, he will be at the heart of it. But Etzebeth is far more than an enforcer in the classic Springbok mould. Freakishly strong and athletic, he is a formidable carrier as well as excelling at the set-piece, a lock’s bread and butter. But it is at the heart of South Africa’s work in the tight where he really comes into his own. An injury-hit season is the only question mark hanging over him.

Every bit as physical as Etzebeth but in a different way, Itoje is probably the first name on the Lions team-sheet. Plays with less visible fury but is relentlessly destructive, disrupting the opposition at every turn. With his reach and strength he guts enemy mauls and line-outs and is a menace at the breakdown, forcing turnovers and slowing down the ball. Horrible to play against, he sets the tone for England up-front and will perform the same role for the Lions. Responsible for a high penalty count during the Six Nations, but this shortcoming appears to have been rectified.