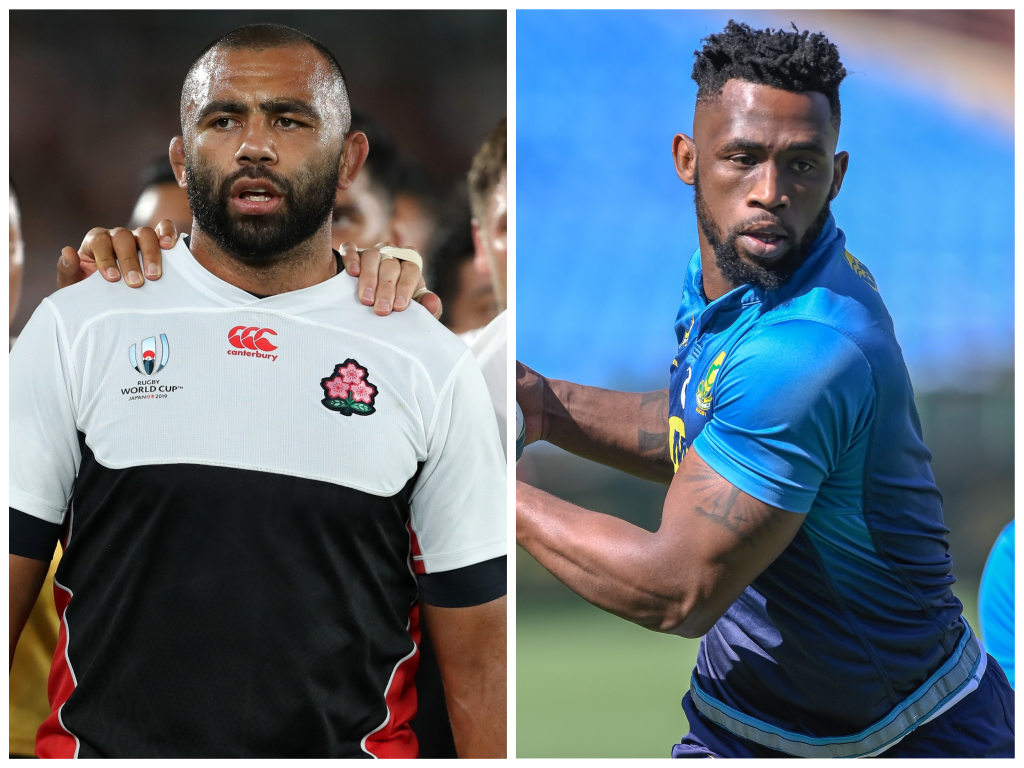 Japan’s fairytale run at this year’s Rugby World Cup faces its sternest test yet when they host South Africa in Sunday’s quarter-final in Tokyo.

By reaching the tournament’s play-offs, the Brave Blossoms have exceeded expectations and they head into this fixture full of confidence after winning all four of their pool matches.

After beginning their campaign with a 31-10 victory over Russia, Jamie Joseph’s charges continued with their superb start to the tournament by claiming a shock 19-12 triumph over Ireland.

That result blew Pool A wide open and Japan followed that up with impressive performances in bonus-point victories against Samoa and Scotland which saw them finish at the summit.

Their excellent performances and qualification for the quarter-finals have brought some positivity to the Japanese nation in the aftermath of Typhoon Hagibis, which left a trail of destruction in the country.

Players like captain Michael Leitch, Yu Tamura, Shota Horie, Kenki Fukuoka and Kotaro Matsushima have crept into the hearts of their country’s rugby supporters during a memorable World Cup campaign and will be expected to lead the charge again as the Brave Blossoms look to continue their remarkable winning streak.

They face a daunting task against a Springboks team who also have a confident look about them after finishing the pool phase of the competition in impressive form.

Despite losing their tournament opener to New Zealand, the Boks got their campaign back on track and responded to that defeat in the best possible way by registering huge wins in their next matches against Namibia, Italy and Canada.

However, the Brave Blossoms’ fast-paced and expansive game-plan have been like a breathe of fresh air in this competition. Their slick handling skills and ability to offload in the tackle have excited the masses and been a big part of their success.

Indeed, this clash with the Springboks will be a battle of contrasting styles as South Africa employ a more pragmatic and defence orientated approach to the game, with forward dominance vital in the execution of their game-plan.

Looming large in the build-up to this fixture is the spectre of the previous Rugby World Cup encounter between these sides which took place at the 2015 tournament in Brighton.

It’s well documented that the Brave Blossoms secured a shock 34-32 victory which is rated as the biggest upset in the history of the global event. On that day, the Boks were caught off guard and there was little intelligence in their attacking play – something which has shown considerable improvement under the guidance of current head coach Rassie Erasmus.

It will be interesting to see how Japan adapt to the challenges posed by the current Bok team and whether the two-time world champions can prevent a repeat of that 2015 result.

Japan will play in their first every quarter-final at Rugby World Cup 2019 and their progress is having a huge effect on the popularity of the sport. #RWC2019 pic.twitter.com/qo1MYipLAu

For Japan: If the Brave Blossoms want to upset the Springboks, they must hit the ground running and one player who will have to be at his best is their goal-kicker, Yu Tamura. The 30-year-old heads into this match as the tournament’s leading point-scorer (48) and will be expected to keep the scoreboard ticking off the kicking tee. Tamura’s game is not just about goal-kicking though as he has also caught the eye as a playmaker and will be determined to put his team on the front-foot by unleashing their dangerous outside backs.

For South Africa: Diminutive flyer Cheslin Kolbe has made just two Rugby World Cup appearances but he’s been one of the the global showpiece’s best attacking players. Blessed with blistering pace, great vision and quick feet, the Toulouse utility back is a nightmare for defenders. Kolbe has shown during this World Cup that he has the ability to wreak havoc with ball in hand even if his space is restricted and the Boks will be hoping for a repeat of the 25-year-old’s performances against New Zealand and Italy, which resulted in him winning official man-of-the-match awards in both matches.

Head-to-head: Although they pack down on opposite sides of the scrum, Japan’s skipper, Michael Leitch, and his Springbok counterpart, Siya Kolisi, are sure to collide in the back-row battle and expect fireworks when that happens. Both are excellent captains, who lead by example, and are usually in the thick of the action. They will be expected to give their teams attacking momentum as ball carriers but both are also adept on defence – a facet of play which could be a deciding factor in this game. Leitch is an inspirational figure, who is crucial to Japan’s cause, and has been in superb form of late. Kolisi meanwhile, came into the tournament undercooked after a lengthy spell on the sidelines due to a knee injury. Although he looked off the pace in that loss to the All Blacks in the Boks’ tournament opener, he hit his straps as the tournament progressed and will be keen to continue with his upward trajectory.

Prediction: Japan will deliver another brilliant performance but South Africa’s forward onslaught will get the better of them. Springboks to win by six points.