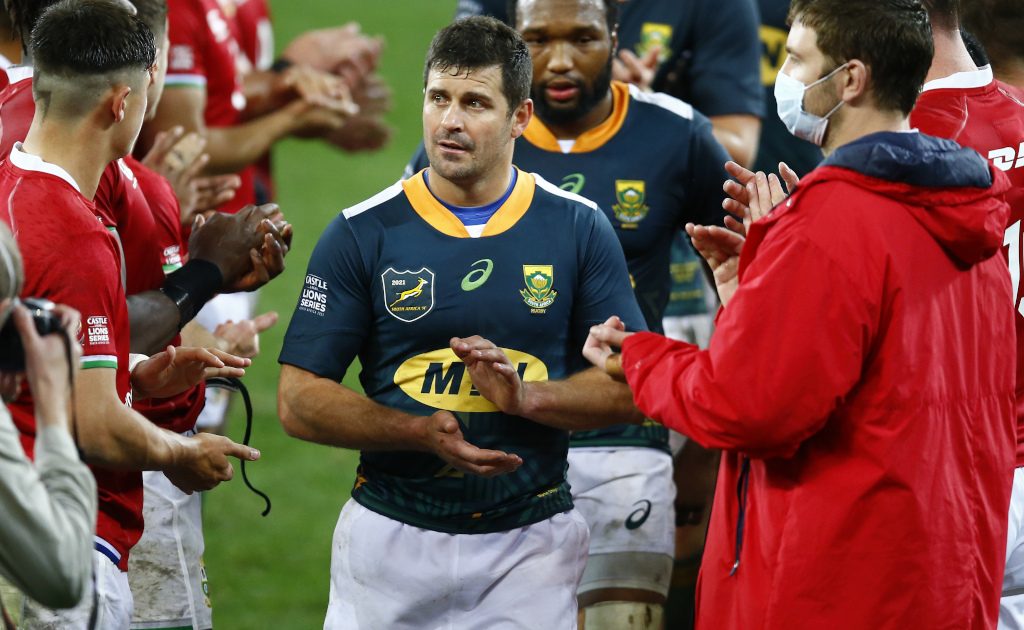 South Africa legend Morne Steyn has called time on a glittering international career, meaning he will not tour with the Springboks in Europe this year.

Steyn, 37, who starred for the Boks in two British and Irish Lions series, played in this year’s Rugby Championship, with that proving to be his last Test.

According to SuperSport, the playmaker told the Bok management that he would like to spend more time with his family and thus will not head on tour.

That is not the end for Steyn, however, as he will continue his playing career at club side the Bulls, who now compete in the United Rugby Championship.

Time to call it a day

“It’s a good time to make this decision,” Steyn told the website. “I think it’s time to call it a day now.

Steyn revealed that he explained to head coach Jacques Nienaber that his focus is on playing regular rugby in his swansong seasons in the game he loves.

“I told Jacques I won’t be available for the end-of-year tour. It has been difficult for me being away from my family for the past 17/18 weeks and I want to spend more time with them,” he said.

“I said to Jacques that I haven’t been the No.1 choice for a while now, and it doesn’t make sense to wait for injuries for a chance to play. I have a year or two left in my career and I would rather spend it playing for the Bulls than sitting on the sidelines. I really want to enjoy my last two years of rugby.”