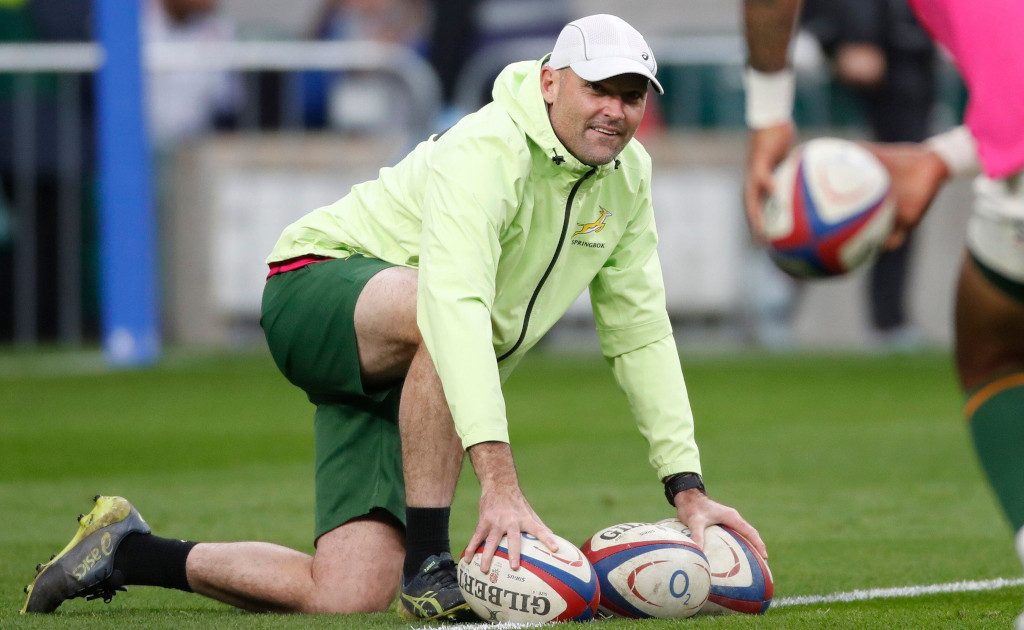 After holding several alignment camps during the past month, Springbok head coach Jacques Nienaber is satisfied that his team are on track ahead of the start of the 2022 international campaign.

After hosting their first alignment camp in Durban during April, the Bok coaching staff moved to the northern hemisphere where they met some of the overseas-based players and this phase of their preparations came to a conclusion in Cape Town on Thursday after they had a five-day camp there.

Nienaber and his coaching assistants worked on several categories that will be crucial during the upcoming Test campaign as well as next year’s Rugby World Cup in France where the Boks will be determined to retain their status as the world’s number one ranked team by defending their title at the global showpiece.

This year, the Boks kick off their campaign with a three-Test series on home soil – in Pretoria, Bloemfontein and Cape Town – against Wales in July. After that, they head into the Rugby Championship where they face New Zealand in back-to-back fixtures – in Nelspruit (August 6) and Johannesburg (August 13) – before they head on a tour to Australia and Argentina.

They will take on the Wallabies in two matches in Australia ahead of their clash with Argentina in Buenos Aires and they will end their Rugby Championship campaign against Los Pumas in Durban on September 24.

“We are satisfied with the alignment camps, and we believe these sessions will be beneficial to ensure a smooth return to the training field before the three Tests against Wales,” said Nienaber.

“While the first alignment in Durban touched on the team’s programme this season and in the lead up to the World Cup in France, as well as a broad overview of what worked last season and what we can improve on, we zoomed into more detail at this camp focusing on the key areas for the team going forward as we turn our attention to the international season and further ahead to the Rugby World Cup.”

“I’m very happy with the players’ enthusiasm and their desire to keep learning and finetuning the areas of their game that could make a big difference in the quality of our rugby.”

With the alignment camps now a thing of the past, Nienaber revealed that the next task for him and his coaching staff is to pick a squad for a training camp which will be held in Pretoria from June 6.

The squad will remain there until the end of the first Wales Test at Loftus Versfeld on July 2.

“With the alignment camps now behind us we will turn our attention to selecting a national squad before the end of the month and ensuring that we plan as well as possible for our upcoming training camp,” said Nienaber.

“These three back-to-back Tests, in turn, will lay an important foundation for our Castle Lager Rugby Championship campaign, so it is vital that we get the minor detail right from the outset.”

READ MORE: South Africa: Springboks set to play their first-ever Test in Adelaide against the Wallabies