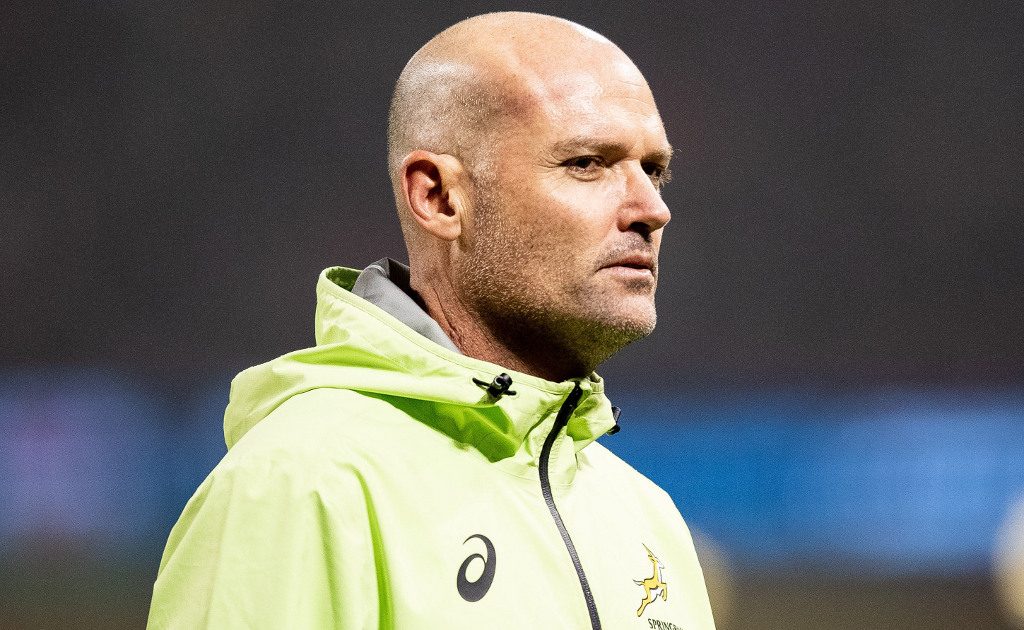 Springbok head coach Jacques Nienaber hopes to avoid bio-bubbles as he looks ahead to the upcoming international season.

Wales travel to South Africa for a three-match Test series in July that will be the first Test rugby the Springboks have played this year.

Nienaber hopes to find some “normality” in planning this season without bio-bubbles but knows that with Covid, anything can happen.

“Hopefully, it is not bubbles again, but you never know how things are going to pan out.” Nienaber said at SA Rugby and Betway event.

“But currently it is looking like there will be some sort of normality and we can actually plan accordingly. Last year, planning was very diverse because we were playing in Australia, in the UK and back in SA again.

“Then there was the Rugby Championship that started in SA and went to Australia and that was the tough part. You almost had 10 different scenarios you had to roll out and see which one was going to play out and went with that one. I think there is going to be some sort of normality.”

Nienaber has held several alignment camps during the domestic season and explained exactly what these camps are all about.

“Alignment camps are just an invitation. When we go into preparations camps we are going to go into when we get the players together, it is not going to be a Springbok camp, because of the staggered introduction of players.

“Sometimes we might just get a local U20 player to come and be a hooker, because there might not be a hooker as they are all still playing. I don’t think when we are at training sessions you must say it is the Springboks camp.