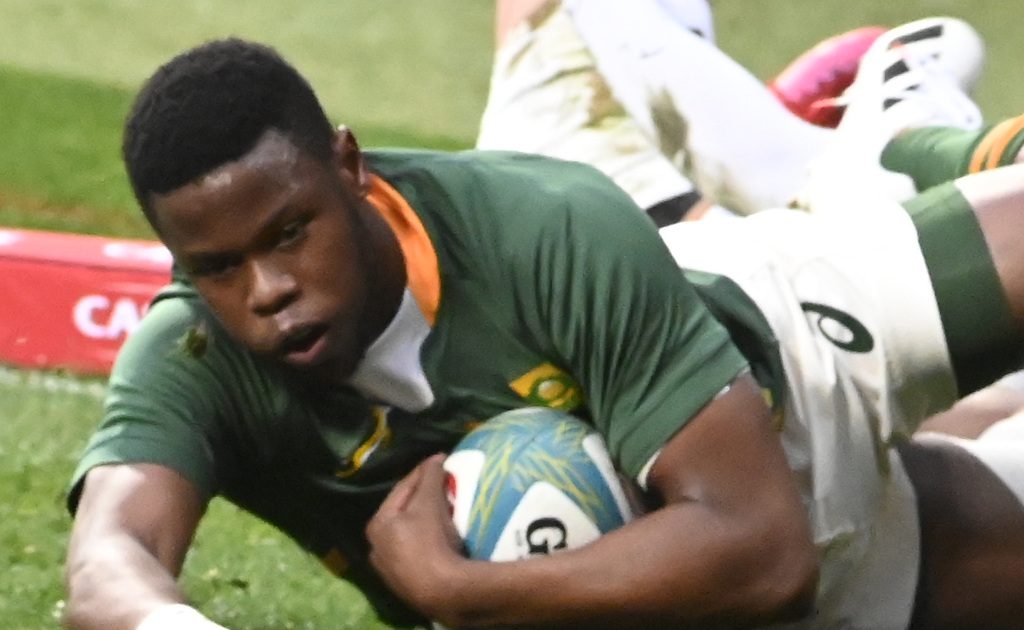 South Africa got their Rugby Championship campaign off to a winning start as they eased past Argentina 32-12 at Nelson Mandela Bay Stadium on Saturday.

In reply Los Pumas had to rely on four penalties from Nicolas Sanchez as their start to the tournament ended in a disappointing loss in Port Elizabeth.

Fresh from their series victory over the Lions, the Springboks were much-changed in terms of their starting line-up and quickly got things ticking on the scoreboard, with Jantjies sending over a penalty goal after Argentina second-row Marcos Kremer was penalised by referee Andrew Brace for not rolling away.

Despite Argentina then managing to find their feet in the game via decent possession and territory, they were floored on 15 minutes when loose play in the backline saw the ball come free and subsequently get regathered by Reinach. The scrum-half speedster needed no second invitation as he ran in from distance.

With the score now 10-0 in favour of the Springboks, it was crucial that the Pumas struck next, which is what they did through the boot of fly-half Sanchez. However, barely a minute later that penalty was overshadowed by South Africa’s second try as Jantjies’ low and flat cross-kick found Fassi who made it 15-3.

Unfortunately that was the last of the tries in the opening period as the remainder of the half was all about the goal-kickers, first Jantjies knocking over from in front on 24 minutes before Sanchez responded on 35 minutes. Both kickers would strike again in the closing stages, sending the two teams in at 21-9.

That pattern would continue shortly after the resumption as Sanchez struck first on 44 minutes, this after Kwagga Smith was penalised for hands in the ruck. But, once again, the response would come and Jantjies made no mistake moments later following a scrum offence from Argentina’s back-pedalling forwards.

The contest was quickly becoming increasingly fragmented as errors marred the next 15 minutes, Frans Steyn missing a penalty from halfway one notable moment.

Jantjies would make no such mistake from in front on 59 minutes to make it 27-12, this after a high tackle from Rodrigo Bruni was spotted by the match officials.

The game’s try drought looked to have finally ended 12 minutes later when, following sustained pressure from the Springboks in the Pumas’ 22, Reinach’s pass found Fassi for a run-in. However, the TMO intervened after spotting hooker Malcolm Marx crawling which subsequently saw the wing’s second score chalked off.

But world champions South Africa would get their third try moments before the final whistle when replacement and debutant Hendrikse finished smartly in the right-hand corner after a solid carry from Marco van Staden. The race for the bonus-point then ensued but the Boks did not come close to threatening again.