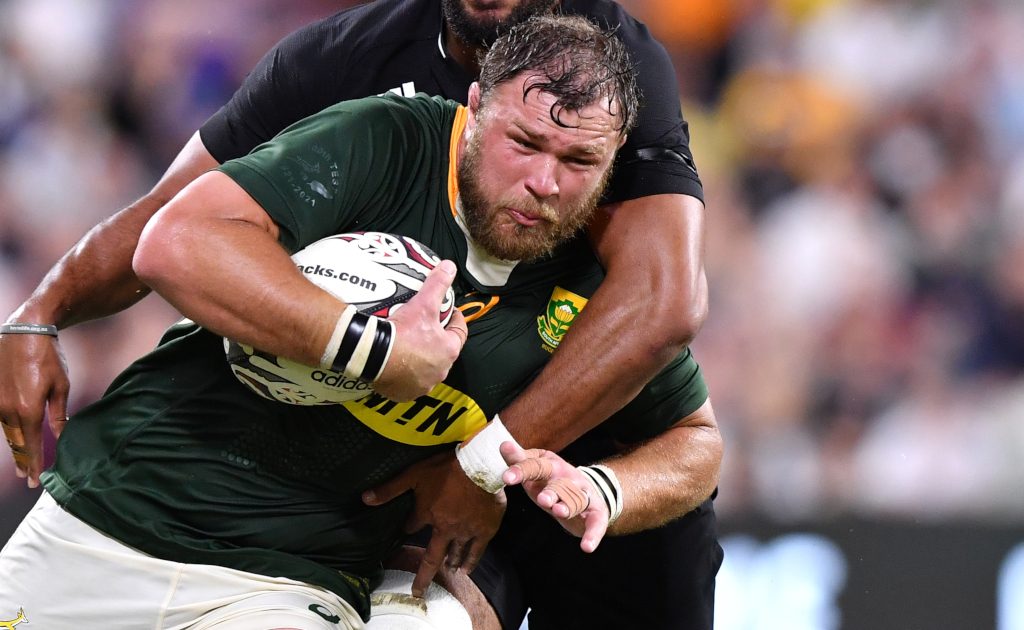 South Africa’s star number eight Duane Vermeulen insists that he will do all he can to be ready for the 2023 Rugby World Cup in France.

Despite edging towards the latter end of his career, the outstanding back-row forward still has international ambitions.

Vermeulen missed the British and Irish Lions encounters through injury but returned to play in the majority of their Rugby Championship campaign and then featured for the Boks in the Autumn Nations Series.

He is still seen as the Springboks’ first choice number eight and, after recently signing for Ulster, the 35-year-old believes that his Test career can benefit from the move.

A change of scenery

“I always said if things didn’t work out contractually in South Africa then I’d go to play abroad,” he told The Ulster Rugby Show.. “The Ulster offer came up and I thought, ‘maybe doing this might be good for my rugby’.

“You can always learn and maybe a change of scenery and environment will do me good. I chatted to my wife and we decided on doing that.

“I still want to play for the Springboks as well. So if I can push towards the next World Cup as well, that’s my marker. That’s a big thing.

“If I can play and contribute I want to keep going as long as I can.”

Vermeulen also has big ambitions at new side Ulster. The number eight made his debut in the impressive European victory at Clermont Auvergne before making his Kingspan Stadium bow in the win over Northampton Saints.

They have started well in both the United Rugby Championship and Champions Cup, and the Springbok is aiming high this season.

“I don’t play this game to compete, I play to win,” he added. “Everyone wants to walk off the field a winner and lift trophies – that’s what it’s all about.”

“If I can contribute to something like that I’d be happy. By doing that you get younger guys looking up to you and learning from you. You don’t even have to say anything, people see the difference quickly.

“You have to have guys working towards that same goal and keep on setting goals along the way, consistently growing as a team.

“From what I have seen in my short time as part of the squad it seems the guys have that so now it’s just fine tuning.

“In South Africa we love the maul. It’s really part of the things we do and it’s something I hope I can contribute to this squad and hopefully we can change one or two things and score a lot of maul tries.”