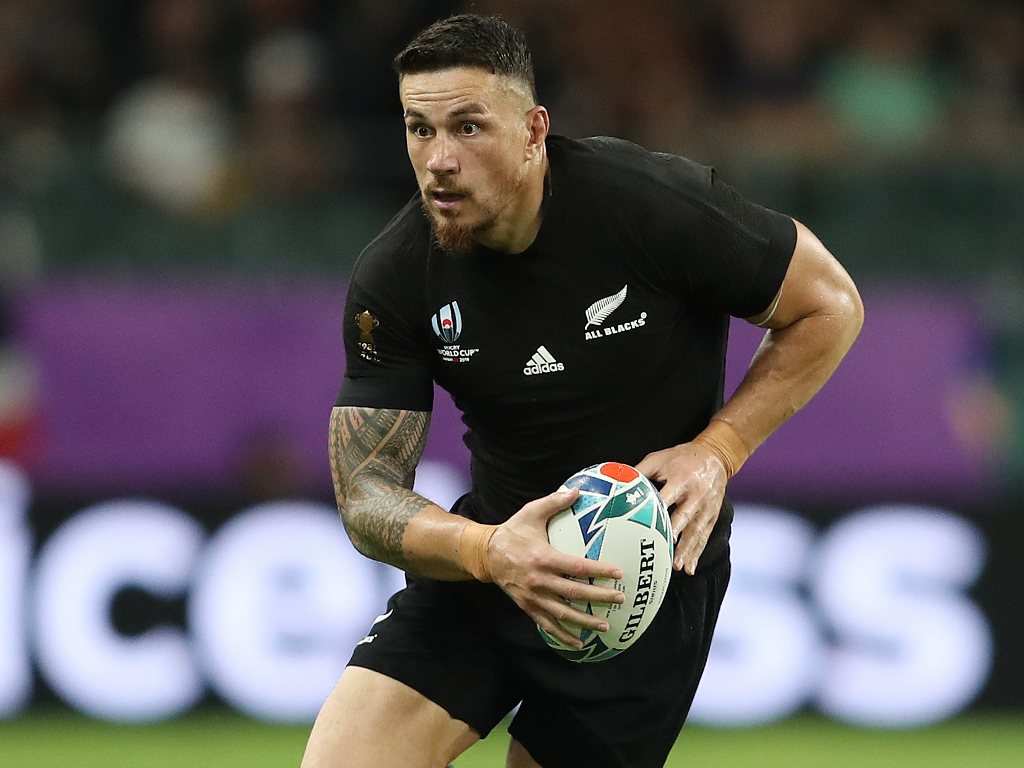 All Blacks centre and two-time Rugby World Cup winner Sonny Bill Williams is on the verge of switching codes again and set to return to rugby league.

Newly-promoted Super League outfit Toronto Wolfpack are closing in on the signing of the dual-code international, who played his last match for the All Blacks in the World Cup bronze medal win over Wales in Tokyo last Friday.

The Press Association news agency understands the 34-year-old rugby union centre or rugby league second-row has accepted the offer of a two-year contract from the Canadian club which will make him the highest-paid player in the history of either code.

It is understood the deal is in the process of being finalised and should be announced before the end of the week, ahead of his unveiling at Canada House in London next week.

Toronto owner David Argyle set his sights on Williams two years ago and the club stepped up the chase once they secured promotion after beating Featherstone in the Million Pound Game in October.

Head coach Brian McDermott flew to Japan during the World Cup to meet with Williams’ representatives and is thought to have held face-to-face talks with the player he believes can have as big an impact on Super League as David Beckham had with Major League Soccer.

How good is this? Sonny Bill Williams gives his boots to young fan#NZLvWAL #RWC2019 pic.twitter.com/mVad7iHQzc

As part of the deal, Williams will make history by taking a stake in the club ahead of their move onto the stock market.

Williams, who played for the Auckland-based Blues in Super Rugby in 2019, will become one of two permitted marquee players, which means that only the first £150,000 of his huge salary will count on the cap.

The Wolfpack, who won promotion within three years of their formation, already have two marquee players in former NRL duo Ricky Leutele and Darcy Lussick but are confident of being able to accommodate Williams, who will have little difficulty adjusting to the 13-man game.

Williams played for Canterbury Bulldogs and Sydney Roosters in the NRL and was in the New Zealand team which reached the 2013 Rugby League World Cup Final at Old Trafford.

One of Williams’ first matches will be at the Allianz Park home of European and England champions Saracens after the club finalised their early-season “on-the-road” fixtures.

The Wolfpack are unable to play games at the Lamport Stadium until April because of the harsh Canadian winter and the unavailability of their local authority-owned stadium so have switched their first three home fixtures.

They open the season against Castleford in a double-header at Headingley on February 2 and will play champions St Helens at Allianz Park on February 29. Their third “one the road” fixture against Wakefield will be at York’s new stadium on March 22.