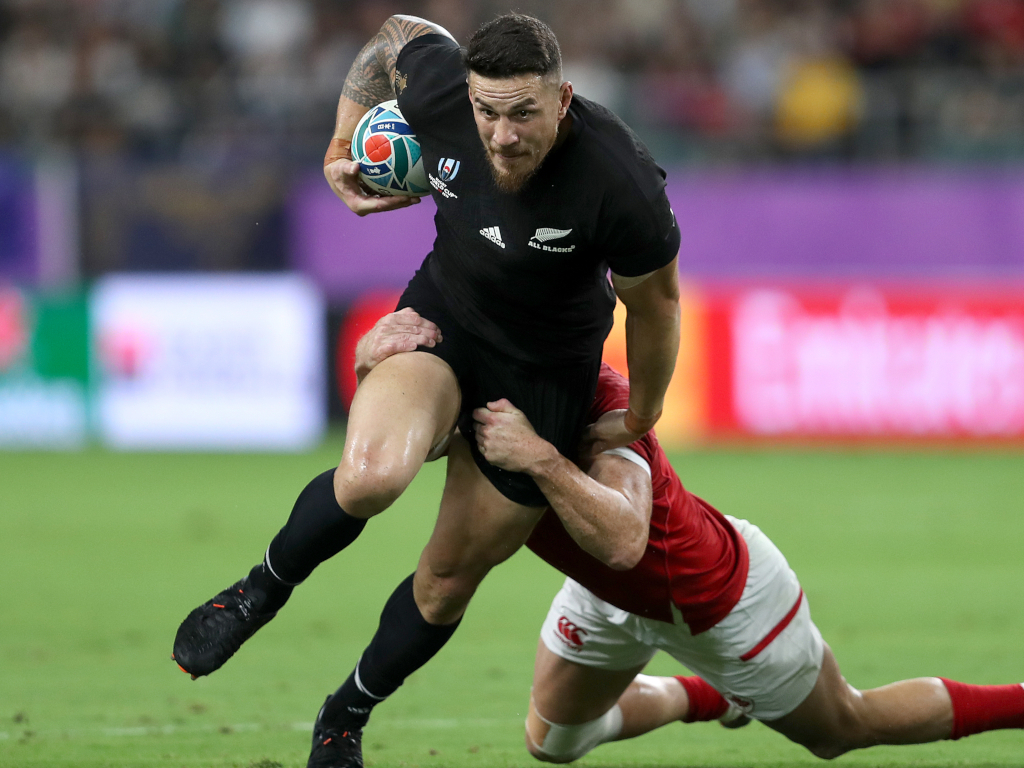 Super League newcomers Toronto Wolfpack have announced the signing of former All Black Sonny Bill Williams on a two-year contract.

The 34-year-old dual-code international will be officially unveiled at a press conference at Arsenal’s Emirates Stadium next Thursday and join up with his new team-mates after a period of rest and recovery following the Rugby World Cup.

After the move was confirmed back to rugby league, Williams thanked the support he’s received in New Zealand in being able to represent the All Blacks for several years, which included the 2011, ’15 and ’19 global tournaments.

“I never dreamed that I’d play in the black jersey for 10 years, playing alongside some of the legends of the game, and I’m grateful for the support of so many people in helping me grow as a footy player over that time,” Williams said in a statement.

“Finally, to the players I’ve been privileged enough to play with. I’ve enjoyed every moment being with the brothers and that will be the biggest thing I will miss: the camaraderie and fun with my fellow players and being privileged to suit up with them and go out and do what we love. It’s been a pleasure.”

The eagerly-anticipated code switch, in a deal thought to be worth in excess of £5million, was described as a momentous signing by Toronto chairman Bob Hunter, who likened it to David Beckham’s move to Major League Soccer.

“The excitement he will bring to the sport of rugby league in this country will be incredible,” said Hunter.

“Having someone of his talent join the Wolfpack will greatly raise the profile of the club and also help move the game forward globally.

“Sonny is a phenomenal athlete and we believe he is rugby’s LeBron James and his addition to our league is comparable to when David Beckham joined LA Galaxy.”

Williams will become the highest paid player in the history of either code but the spin-offs from his signing are already bearing fruit, with Australia agreeing to play a warm-up match against the Canadian club ahead of their Ashes tour to the UK next autumn.

Kangaroos coach Mal Meninga said: “Sonny Bill Williams will provide an immediate impact for rugby league in the northern hemisphere and for the development of rugby in North America.

“When the Kangaroos tour England in 2020, we will look forward to playing a warm-up game against the Wolfpack as it would create a lot of excitement for the sport.”

Toronto head coach Brian McDermott, who met Williams for face-to-face talks during the World Cup, said: “We have signed one of the highest profile rugby players, if not sports stars in the world.

“He will enhance the global game of rugby by being in Toronto and certainly push the brand of the Wolfpack onto another level.

“The main point of excitement for our club is that we are signing a great rugby league player who has the hunger to be successful in Super League, much as he was in the NRL and rugby union.”

Williams is twice a World Cup winner with the All Blacks but he also also enjoyed success in the 13-man code, helping his NRL clubs Sydney Roosters and Canterbury Bulldogs to Grand Final triumphs and he was in the Kiwis team that reached the 2013 Rugby League World Cup final.

Williams added: “Toronto Wolfpack has established themselves as a multi-cultural and economic powerhouse, not only in the city but across the world.

“The club has big ambitions and big goals. I want to be part of all this and do all I can to help reach those lofty goals.

“On the field, I’d like to bring high-quality play and do all I can for the betterment of the team.

“Off the field, I’d like to use my experience to mentor the young players and be helpful where I am needed.