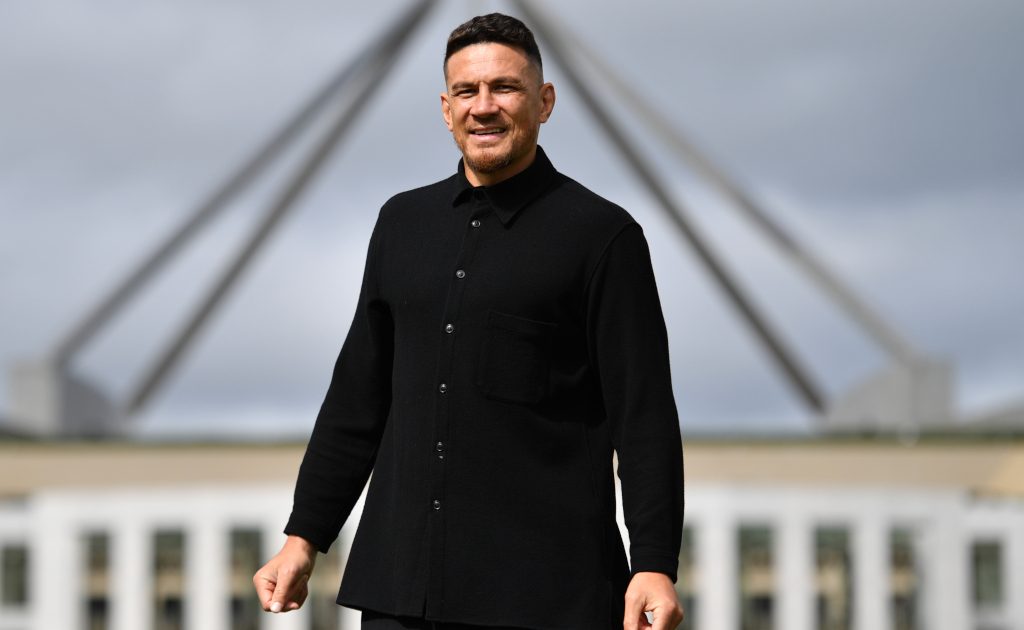 Former All Black sensation Sonny Bill Williams claimed that if World Rugby’s eligibility rule change had come earlier, he would have been interested in representing Manu Samoa at the 2019 Rugby World Cup in Japan.

Williams has long been openly supportive and patriotic for the Pacific Islands and further reinforced that in an interview with Stuff.

The former off-load supremo confidently claimed he would have switched to Samoan colours if the rule change had come earlier.

“One hundred per cent, I kind of did it (representing Samoa) but going back to Tana (Umaga) and what he was trying to achieve at the Blues,” Williams said.

“Obviously, we didn’t achieve everything we wanted to, but I was in that space that I was well aware of what we could represent and what we could achieve as Polynesians and Māori. So, yes, I definitely would have entertained that idea.”

Performances not representative of true legacy

Williams believes that the performances of the Pasifika nations, historically, do not accurately represent their true legacy.

“No one wants to see the All Blacks beating Tonga by 100 points, because that’s not a true representation of the competitiveness and the quality of players that Tonga has produced,” he said.

“If we had more competitive game, more high-profile players playing in them, then you’d get more money in the game. We all the know the politics in sport, especially in the islands, but it’s a step in the right direction (the eligibility change).

“I think it was the given World Cup in France (in 2007), where Fiji just looked unbelievable. For me, that was a representation of what island footy is about.”

During the latter stages of his career, the 36-year-old made a case for Pacific Island coaches in the All Blacks system, underlining how important such an inclusion would be for Islander players.

“They best coaches I’ve had had that personal touch,” he said. “They’re people people. There are 10 different guys in the room from different ethnicities who are playing to 90-95 per cent of their capacity each weekend.

“Talk about the islanders, for example. When we give, we give our whole heart and soul. But if we feel like something’s not there or something is not right, we will pull back.

“I know from experience that we respect the man first and foremost, and then what he has to offer as a coach. A lot of the great coaches that I’ve been coached by understand this, especially when it comes to islanders.”

Super Rugby Pacific sees the inclusion of Moana Pasifika and Fijian Drua, a massive step towards a more accurate representation of Pacific Island players on and off the field. The news was followed by several impressive signings, including veterans Sekope Kepu and Christian Leali’ifano.

“About time, I don’t understand the politics of rugby, and I understand there were a couple of teams vying for that spot (Moana Pasifika and Kanaloa Hawaii), but it’s just great to see,” Williams added.

“It’s just great to see a team from the Pacific Islands being pushed into that space. You know, it’s been a long time coming. We represent so much on the field but we lack that representation off it.”