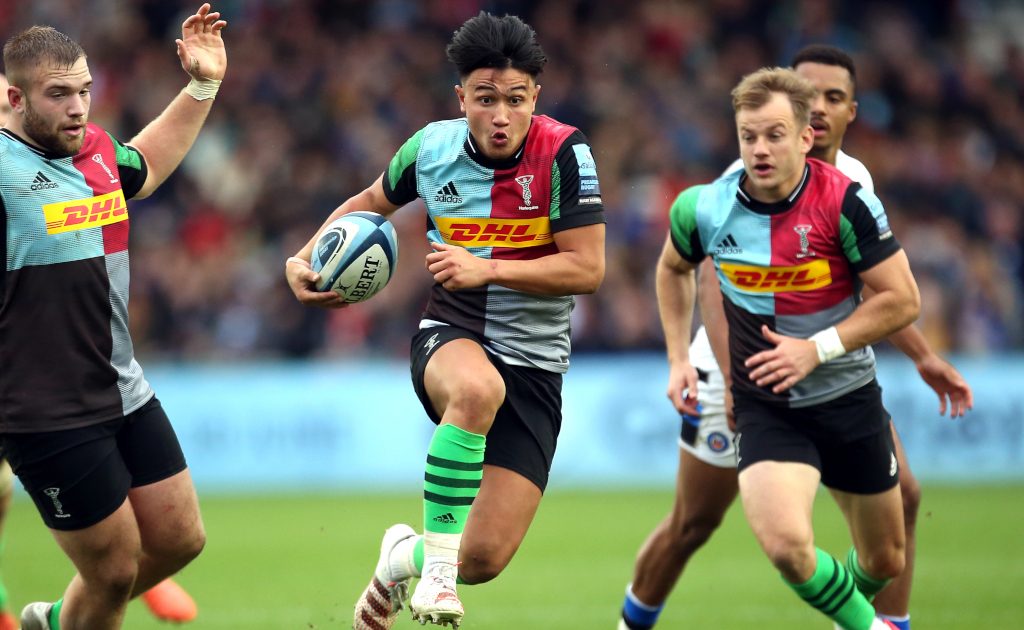 Harlequins coach Nick Evans believes that Marcus Smith has an ‘unbelievable ceiling’ but insists that the fly-half is already playing top-class rugby.

Evans’ comments come after England boss Eddie Jones stated in his new book ‘Leadership’ that Smith is still very much a work in progress.

Jones wrote: “Marcus is probably only going to be at his best in his late 20s. So we need to help him along this emotional journey and remind him about the journeys taken by some other great number 10s.”

Impressing against the world’s best

The Quins pivot impressed during England’s Autumn Nations Series campaign and displayed his quality against some of the world’s best.

That was despite only making his Red Rose debut in July and Evans believes that the 22-year-old is already producing a consistent high level in big matches.

“We are seeing it now and, if he gets any better, bloody hell! I would like to think he has an unbelievable ceiling even if he has one. The sky is the limit and he is very self-aware of areas where he can improve on and that includes his super strengths as well,” the former All Black told reporters.

“He has still got an unbelievable appetite and desire to improve himself and has been brilliant coming back into the camp with Joe Marler, Joe Marchant and Alex Dombrandt.

“Marcus will always have this desire to improve and he will get better and better the more he is exposed to international level.”

Smith’s rise has come at a cost for Leicester Tigers’ George Ford, who was ousted by Jones ahead of the Autumn Nations Series.

Ford has continued to excel in the Premiership, however, helping the Tigers to an unbeaten start.

They have won eight successive games and it sets up an interesting match-up with Smith when Leicester face Quins on Sunday.

“Don’t discount George Ford’s ability to run an attacking game,” Evans added. “I think he has a fantastic skills set and I remember playing against him in the final in 2012 and he sees the pitch well.

“He has so much time because he manages his depth brilliantly. His attacking ability is underrated. It will be a fascinating battle and one that Marcus is looking forward to.”