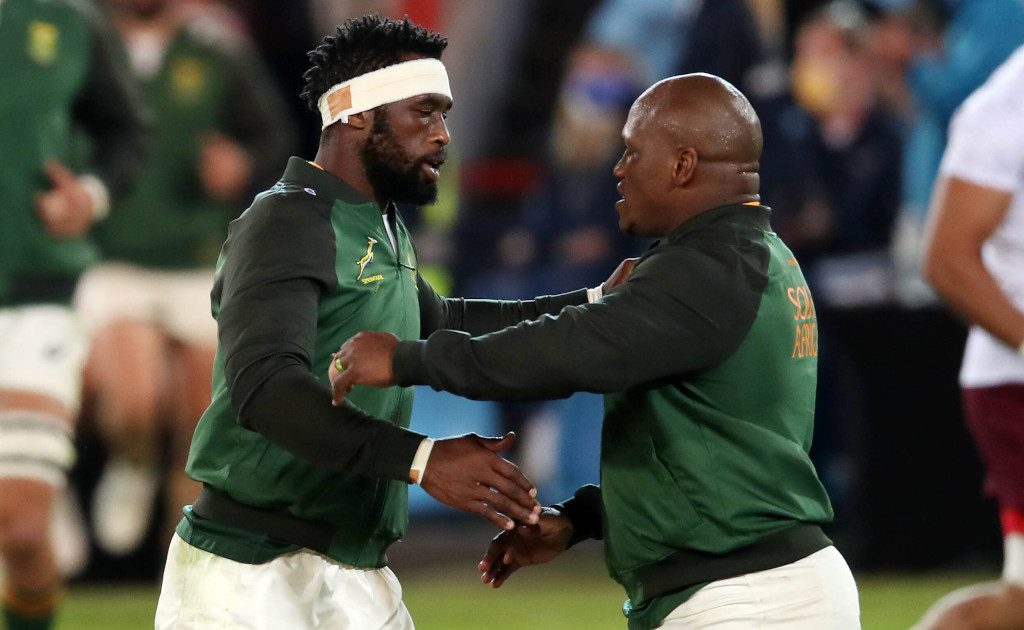 South Africa captain Siya Kolisi has been passed fit to lead his country into Saturday’s first Test against the British and Irish Lions.

The flanker was one of 14 Springboks to test positive for coronavirus, forcing him to self-isolate in Johannesburg for 10 days.

Wing Makazole Mapimpi and prop Ox Nché have also been selected to start for the world champions in Cape Town this weekend, having undergone medical screening due to being in similar positions.

Fly-half Handré Pollard, another of the Springboks who tested positive, will win his 50th cap.

Nienaber has stuck with the same forward pack which began the 40-9 success over Georgia on July 2, with scrum-half Faf de Klerk, centres Damian de Allende and Lukhanyo Am and wings Mapimpi and Cheslin Kolbe the five men recalled.

The head coach allayed concerns that introducing players who had recently recovered from coronavirus could place his team at a disadvantage.

“Some of the players didn’t have Covid-19 symptoms at all, they have been managed according to their individual needs, and they have really impressed me with their intensity and enthusiasm at training,” he said in a statement.

“The wellbeing of our players is of paramount importance, so we have been working closely with the medical team to work out what would be the best course of action for each player over the three-Test series.”

Loosehead Nche will pack down alongside hooker Bongi Mbonambi and tighthead Trevor Nyakane, in front of locks Eben Etzebeth and Franco Mostert, with blindside Kolisi and openside Pieter-Steph du Toit either side of Kwagga Smith in the back-row.

The Springboks’ experienced starting XV have 553 Test caps between them, with a further 225 caps among the replacements.

“The fact that most of the players participated in the Rugby World Cup means they know one another well on and off the field and, as coaches, we know what they have to offer after having worked with most of them for several years,” said Nienaber.