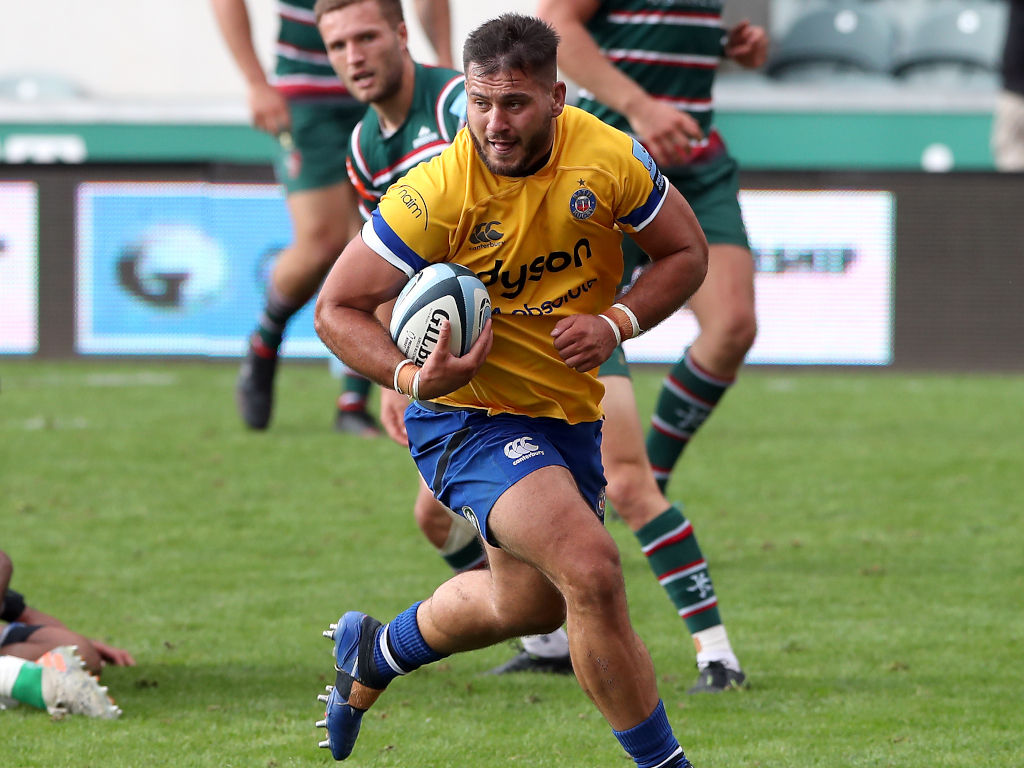 Bath eased to a 38-16 bonus-point victory over a largely second-string Leicester Tigers in their Premiership fixture at Welford Road on Saturday.

Leicester fielded one of their youngest starting line-ups in their history, with head coach Steve Borthwick handing out three debuts, making 13 changes and resting all his England contingent apart from prop Dan Cole.

And Bath showed no mercy, posting a record league win on Leicester soil at the start of a hectic period when all Premiership clubs will play three games in just over a week.

All Leicester could manage were two early Johnny McPhillips penalties and consolation tries from replacement hooker Charlie Clare and flanker Luke Wallace as Bath displayed a huge gulf in ability and class.

The victory keeps Bath in fifth place, just one point behind Sale Sharks, but Tigers remain 11th, having won only four league games all season.

Leicester made a strong start, and were 6-0 up in as many minutes following two McPhillips penalties after Bath’s transgressions gave him a couple of straightforward shots at goal.

Bath looked lively with ball in hand, particularly debutant centre Cameron Redpath and McConnochie, yet they undid some solid work by continuing to concede penalties.

But just as Leicester looked like ending the opening quarter in front, impressive approach work by the Bath forwards ended with Stuart crashing over from close range and Priestland converting for a one-point lead.

Full-time at Welford Road where @bathrugby have been hugely impressive! 🛁

The visitors score six tries in all as they move to within one point of the #GallagherPrem top four with a 38-16 win over @LeicesterTigers 6⃣#LEIvBAT pic.twitter.com/RexRGrfHSx

Stuart’s score sharpened Bath’s appetite for more of the same, and Leicester had no answer when they drove a 25th-minute lineout and Dunn claimed a score that Priestland converted.

They were strong warning signs for Tigers’ youthful team, and Bath looked unlikely to relent with their route-one approach, given its early effectiveness.

Try number three soon arrived, although this time it was all about smart handling by the backs and a blistering McConnochie finish that left Leicester defenders floundering.

And there was more to come, with Bath securing a bonus point three minutes before the break as another confident attack ended in Boyce completing a trio of front-row touchdowns and Priestland converting for a 20-point advantage.

There was inevitably no reprieve for Leicester after the break as Bath continued to make hay.

Obano continued the front-row show by touching down in the 49th minute, then centre Josh Matavesi shredded Leicester’s defence with ridiculous ease before sending his fellow replacement De Glanville over.

Bath had their Wales international number eight Taulupe Faletau sin-binned during the final 20 minutes, but his team were already home and dry.

Clare and Wallace rewarded a solid spell of Leicester pressure by crossing during the closing minutes, yet Bath were already dusting themselves down ahead of a key clash against play-off rivals Northampton at Franklin’s Gardens on Wednesday.

Saracens have been relegated for repeated salary cap breaches but their looming top flight demise failed to dent their enthusiasm as they surged 22-3 ahead at half-time before repelling a final-quarter resurgence from Quins, inspired by replacement centre Paul Lasike.

Farrell, who was making his 200th appearance for Saracens, accumulated a 16-point haul through four penalties and three conversions, but was eclipsed by the energy of his half-back partner Davies who was involved right from the start.

It was 3-3 at the interval but the Saints pack dominated proceedings thereafter to pick up a deserved victory and keep alive their hopes of securing a Premiership play-off spot.

Tom Collins and Ahsee Tuala scored tries for them; there were also two penalty-try awards, with James Grayson adding a penalty.

A penalty from Paddy Jackson was the sole response from Irish, who were badly disrupted by injury which together with yellow cards for Sekope Kepu and Will Goodrick-Clarke ensured a defeat for them.