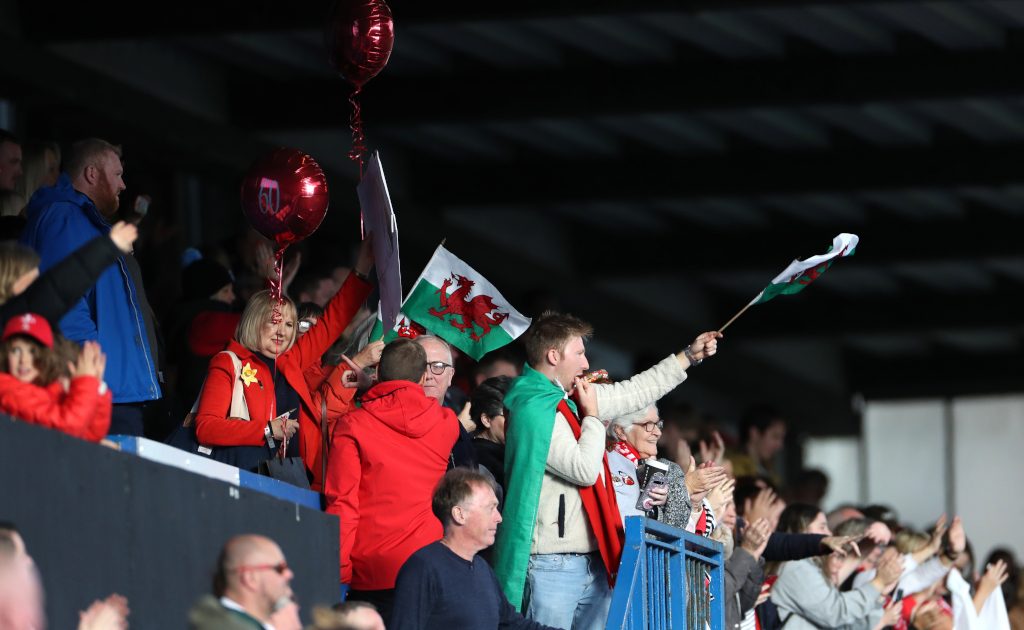 The Welsh Government has announced the lifting of restrictions on fan attendance at sporting events from January 21, which means that Wales’ Six Nations games can be played in front of full houses.

The hyper-infectious Omicron variant forced all sporting events in Wales to be played without crowds in attendance.

There is set to be a briefing that clarifies the lifting of restrictions held by First Minister Mark Drakeford, who told BBC Wales: “It’s a four-stage process.

“As from tomorrow the number of people who can take part in an event outdoors will rise from 50 to 500 and then on Friday of next week, January 21, all outdoor activities will move to alert level 0.

“No limits on the number of people who can take part in outdoor activities; crowds able to return to sporting events; outdoor hospitality able to operate in the way they would have earlier in the pandemic.

“Provided the numbers continue to reduce then on January 28, we’ll move alert level 0 for all indoor activities and premises; nightclubs able to reopen.

“Covid pass still required for large events and for nightclubs, cinemas, theatres and so on and hospitality able to operate indoors as they would have earlier on.

“Because we’ll then be at alert level 0 we’ll revert to a three-week cycle (not one week) of making decisions.”

The lifting of restrictions means fans are able to attend Wales’ first Six Nations Championship home match against Scotland in Cardiff on February 12.

The Welsh Rugby Union, who sell out the 74,500-capacity Principality Stadium for Six Nations matches, had explored the option of staging home games in England in a bid to generate an income from the tournament.

Scotland fly-half Finn Russell is convinced his team will confidently approach the Six Nations as they face up against England in the opening round.

“Every game’s tough and we’ve got to treat them all the same. It’s obviously England against Scotland, which is a massive game,” Russell told the Scrum V Rugby podcast.

“But we’ll have confidence going into the tournament, and we know what we have to do to try to perform to our best. That’s what we’ll be focusing on and we’ll try to take the [rivalry] out of the equation.”