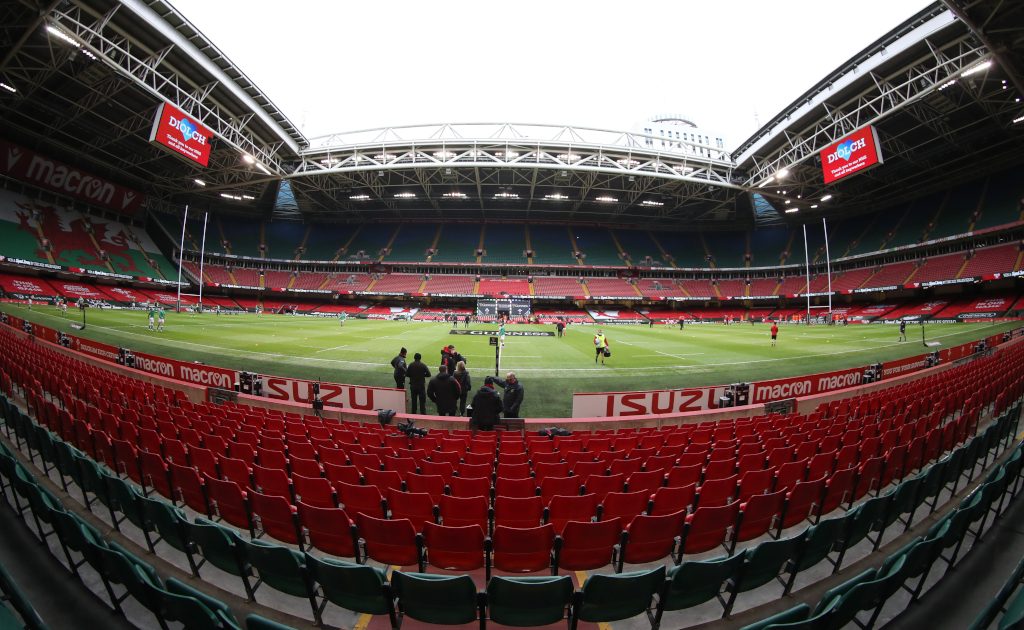 Wales star Jonathan Davies believes that it would be “absolutely terrible” if they play their Six Nations home games in front of an empty stadium.

With restrictions still in place in the country, currently no supporters can attend matches, which means their clash against Scotland on February 12 is likely to take place behind closed doors.

The Welsh Rugby Union will take a massive financial hit should fans not be able to watch, with them also scheduled to face France and Italy at the Principality Stadium this year.

Crowds in Ireland and France are currently capped at 5,000, but no restrictions apply in England.

Restrictions on crowds at outdoor sporting events in Scotland, meanwhile, will be lifted next Monday after a limit of 500 was imposed three weeks ago in a bid to deal with a surge of the Omicron variant of coronavirus.

It means that Murrayfield will be able to hold capacity crowds for Six Nations visits by England and France, with existing restrictions in Wales set to be reviewed by the Welsh government next week.

Wales and Scarlets centre Davies, who has won 93 caps during a 12-year Test career, said: “Having experienced last year’s Six Nations with no crowds, it’s just not the same.

“Seeing every other country having crowds, you are going to be at a disadvantage if you are playing in an empty stadium for your home games.

“It’s absolutely terrible when you play in front of no crowds.

“I’ve been fortunate to play for such a long time and playing in front of crowds is where you get that excitement and buzz.

“As much as I want to, I am not going to go into more depth. Boys love playing in front of crowds and boys want crowds.”

Wales hooker Ken Owens, meanwhile, looks set to miss the Six Nations while he recovers from a back injury.

And it is another blow for Wales head coach Wayne Pivac, whose team begin their title defence against Ireland in Dublin on February 5.

Captain Alun Wyn Jones is unlikely to play in the competition after undergoing two operations on a shoulder injury suffered during the autumn.

Flanker Josh Navidi has also had a shoulder problem and is another long-term absentee and full-back Leigh Halfpenny remains sidelined due to a knee injury.

Elsewhere, George North (knee) and Justin Tipuric (shoulder) are firmly on the recovery trail, but it is understood they are not expected to be ready for at least Wales’ early Six Nations games.

On Owens, Scarlets head coach Dwayne Peel said: “He has had a procedure and he is doing rehab.

“I would hope to see him this season – the plan is to get him back playing this season. With a back, he has got to get moving again.

“With that sort of injury, it’s caution, especially where Ken is in his career. We are not going to be risking anything with him.

“The thing for him is that we get him back on his feet and back in training, when that time is right, and we will see where we are with that.”

Dragons chairman David Buttress reckons the United Rugby Championship needs to be operated under some form of salary cap, pointing out some glaring inequalities in the league.

With the team with the biggest playing budget, Leinster, stuffed with internationals and winning the title four years on the bounce, Buttress says that change, or increased governance, is needed to level the playing field and make the competition more attractive.

“There should be a salary cap in the URC,” he told The Good, The Bad & The Rugby podcast.

“If you want to create a league that’s exciting every week, you can’t have one side that’s triple or double the wage bill because then you all know what the outcome is going to be.

“Creating an element of uncertainty around the outcome makes a great product in sport, that’s why I love American sport because a different team can win the Super Bowl in any given year.”