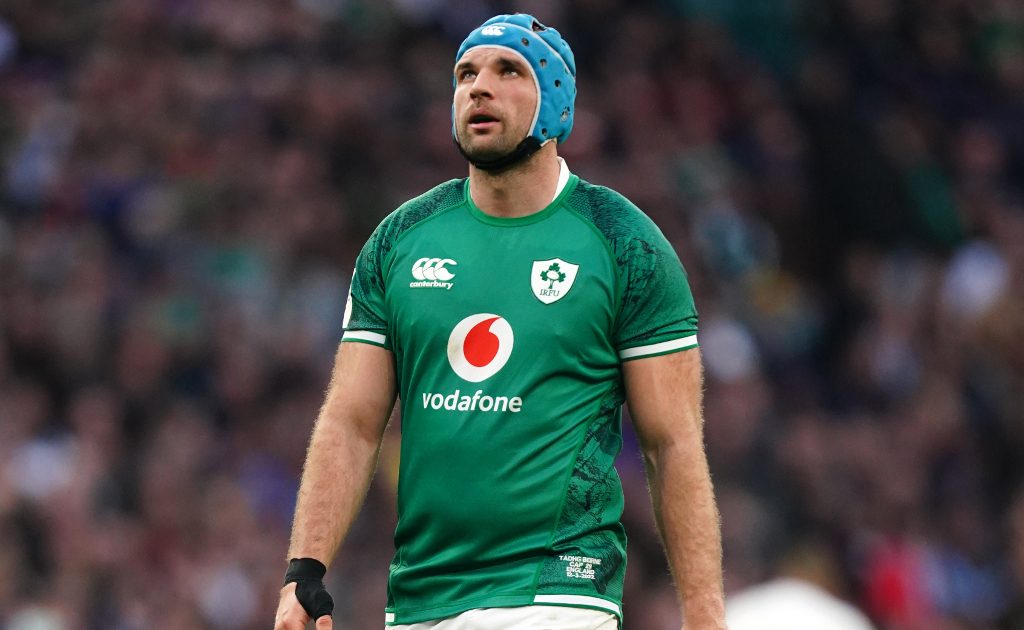 Ireland lock Tadhg Beirne regards his team’s Triple Crown success as tangible evidence of the progression in their ranks and says it has created an “incredible buzz around the place”.

After beating Wales, England and Italy, Andy Farrell’s troops finished their Six Nations campaign with silverware courtesy of a 26-5 victory over Scotland at the Aviva Stadium on Saturday.

The only blemish on Ireland‘s Six Nations record was a narrow 30-24 defeat to eventual Grand Slam winners France during their Round Two fixture in Paris.

Despite the disappointment of missing out on the title, Munsterman Beirne insists there is a jubilant mood in the Irish camp, with many of Farrell’s squad celebrating the first international honour of their careers.

Asked if the trophy shows the team are on the right track, he replied: “Absolutely. Everyone in here believes in what we’re doing, believes in the way we’re going forward.

“Everyone’s excited about what’s to come and everyone’s enjoying the moment that we’re in. So it’s a pretty exciting time ahead.

“We came in with the goal to win a Grand Slam and weren’t able to do that and the championship was out of our hands after Paris, but we have done absolutely everything apart from that to put ourselves in position to win the championship.

“So there’s an incredible buzz around the place, it was a serious effort from the whole squad.”

Beirne played all but 19 minutes of the campaign, excelling at the line-out and winning crucial turnovers, as well as registering impressive ball-carrying stats.

Ireland, who ran in 24 tries across their five fixtures and conceded only four, clinched just one Triple Crown in the previous 12 championships, which came as part of their 2018 Grand Slam under former head coach Joe Schmidt.

That barren run followed four Triple Crowns in six seasons between 2004 and 2009, with British and Irish Lion Beirne feeling the fruitful spell contributed to the feat being taken for granted.

“To be honest with you, I remember being younger and it felt like we were guaranteed to win a Triple Crown quite regularly,” said the 30-year-old.

“And people probably didn’t appreciate it for what it was.

“But, as we said after the France game, we’d only won it once in over 10 years, so it is an incredible feeling.

“I never thought I’d be in a position to say I’ve won a Triple Crown, so I’m absolutely delighted.”

Ireland, who have won 12 of their last 13 games, finished third in their two previous Six Nations tournaments under Farrell and were out of contention after two rounds last year.

Their next international engagement is a three-Test summer tour of New Zealand.

The All Blacks suffered a 29-20 Dublin loss in November and Beirne is braced for a reaction.

“They’ll be gunning for us after the autumn game and we’ll be going over there buzzing after how we’ve finished this championship,” said Beirne.

“Hopefully we’ll be able to continue the process of getting better week on week.”

READ MORE: Six Nations: Five takeaways from the Championship as France live up to pre-tournament expectations