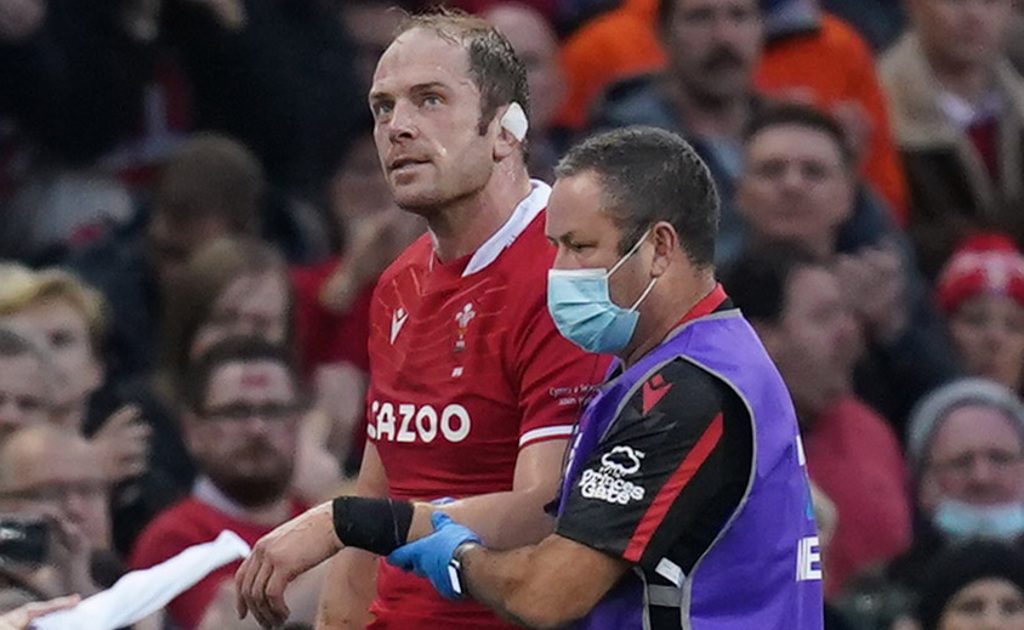 Wales are likely to be without inspirational captain Alun Wyn Jones for next year’s Six Nations Championship due to the injury he sustained against New Zealand.

The second-row will undergo shoulder surgery after suffering the problem in the All Blacks fixture, with head coach Wayne Pivac revealing the significant blow.

It’s the same shoulder he hurt ahead of the British & Irish Lions’ trip to South Africa earlier this year, although on that occasion he made a startling recovery and featured in all three Tests.

Pivac, whose team won the title last term and start their defence against Ireland in February, said: “I don’t think he will be available for the Six Nations.

“You learn a lot about the worth of people when they are not there. I think a lot of people take Alun Wyn for granted – he has always been there and got seniority.

“That leadership is really important. The essence is on others to step up and take that role on.”

Jones, 36, would have won his 150th Wales cap against world champions South Africa on Saturday, and he remains an integral part of Pivac’s plans, with a return to playing likely before the current season ends.

Asked about Jones’ prospects for the 2023 World Cup in France, Pivac added: “The intention is always to see if Al can get to the World Cup. I think it’s a realistic goal, personally.

“You’ve just got to see him in training and when he is playing, the efforts he puts in. I don’t see anything going anywhere near backwards in terms of his performances.

“A bit of time off, we spoke about this before Al left camp. It’s not ideal for him.

“We are all looking forward to him playing 150 Test matches for Wales.”

Six changes as Premiership stars back for Wales

Meanwhile, Wales have been boosted by the return of several players for their Autumn Nations Series clash with South Africa at the Principality Stadium on Saturday.

Head coach Wayne Pivac has made six changes to the side that took on New Zealand last weekend, with the likes of Dan Biggar and Louis Rees-Zammit starting.