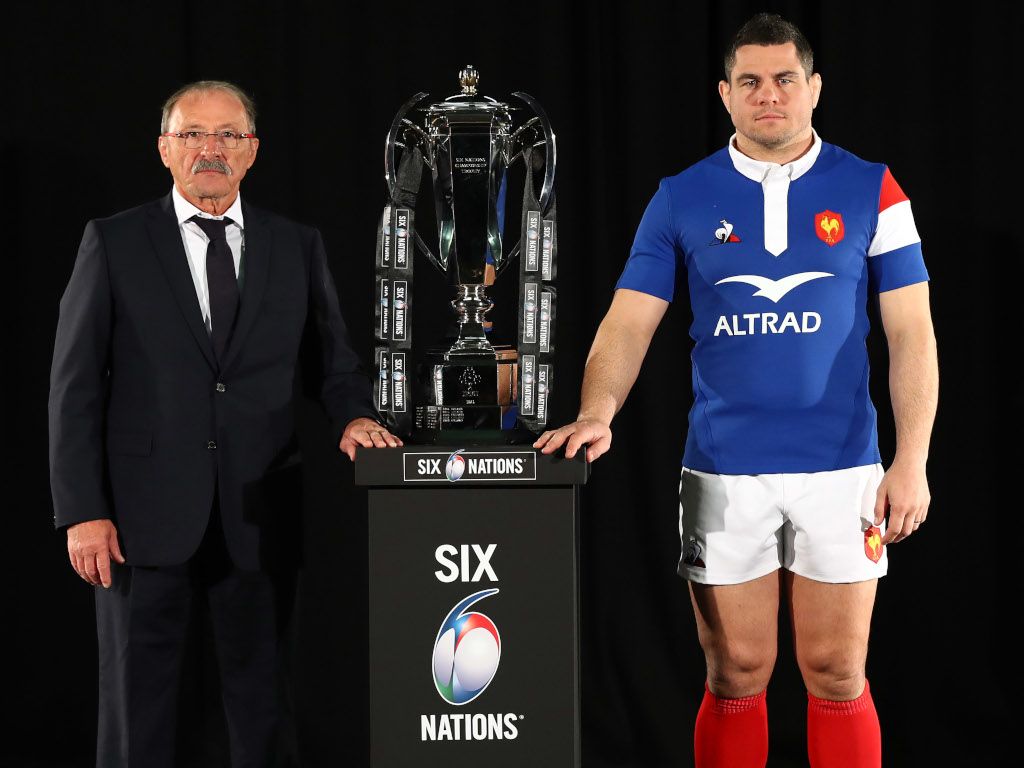 Next in our set of previews ahead of the Six Nations we examine the prospects of last year’s fourth place finishers, Jacques Brunel’s France.

What to do with France? Just when you think they are getting somewhere, Les Bleus merely disappoint once again. Following a relatively positive 2018 Six Nations under a new head coach, which saw them defeat England and be competitive in every game they played, Brunel’s men proceeded to ruin that good work.

Being hammered on their June tour is nothing new for the French, and they were duly dispatched by New Zealand, but the November campaign was particularly disappointing. Despite defeating Argentina, they threw away a dominant position against South Africa, eventually losing 29-26 in the final minute, and then embarrassingly succumbed to Fiji.

That result put significant pressure on Brunel and the man who replaced Guy Noves must show that France are heading in the right direction going into the World Cup. As their World Rugby U20 Championship victory in 2018 showed, there is now plenty of talent coming through, but will it be enough to solve their problems?

Last year: It may not have been an outstanding campaign for France but it was certainly more positive than most expected beforehand. They were in crisis following the departure of Noves, with Brunel taking the reins just a month before the tournament was due to begin.

Despite that, they performed reasonably well, certainly in comparison to previous efforts, and came closest to toppling eventual Grand Slam champions Ireland. Johnny Sexton’s drop-goal was a crushing blow and they followed that up with a defeat to Scotland but, yet again, they were well in the contest.

Confidence was low and the match against Italy was abject but Les Bleus managed to secure a comfortable win before the highlight of their tournament – a 22-16 triumph over defending champions England. Brunel’s charges took that momentum into the Wales encounter and should have ultimately won that game, but they were left to rue missed changes as they finished fourth.

This year: Had they built on the 2018 tournament then it would have been far more positive but, once again, France are in the doldrums after a disappointing November. The squad has duly undergone an overhaul, albeit partly because of injury, for their Six Nations opener against Wales.

Eight of the players that started against Warren Gatland’s side last year aren’t even in the squad, while six members of the bench are also out of the 31-man group, which is a remarkable turnover. It is arguably a more talented side, however, and a number of young players may get an opportunity to stake their claim.

The draw could prove tricky, though, and success is unlikely. Even thought they are at home first up, Gatland’s men are in good form and have no fear heading to the French capital. A game against England at Twickenham follows before they take on an improving Scotland. It is not the easiest first three rounds and then they head to Dublin to face 2018 Grand Slam champions Ireland at the Aviva Stadium.

If they get two wins out of those games then that would be a decent return, which would then set-up a match against Italy in Rome, where a win is expected against the forlorn Azzurri.

Key players: It starts up front for France with Guilhem Guirado, who has quite clearly been their most influential player over the past few years. The captain has been their one constant, when fit, and will be important once again if they are to have a good campaign, although his form hasn’t been the greatest at Toulon.

Behind the scrum, scrum-half Morgan Parra will be vital and it is good to see Wesley Fofana back after an injury-hit couple of seasons, and they will hope to see some of that magic as he prepares for his final year playing for Les Bleus. They have plenty of quality and competition in the centre positions with Geoffrey Doumayrou and Gael Fickou also enjoying good campaigns in midfield, so it will be interesting to see what Brunel does, particularly with only one out-and-out winger selected.

Players to watch: Following a fine tournament in the 2018 World Rugby U20 Championship, playmaker Romain Ntamack and prop Demba Bamba have progressed nicely this season and were rewarded with spots in the 31. The tighthead actually made his international debut for Les Bleus in that shoddy loss to the Fiji, but it is well worth keeping an eye on Bamba during this year’s Six Nations.

Elsewhere, Pierre Bourgarit and Julien Marchand are talented young hookers and will likely compete for that bench spot behind Guilhem Guirado, while the selection of South African age-grade star Paul Willemse is another intriguing one. Also look out for Thomas Ramos and Antoine Dupont should they be selected, who have played a starring role in Toulouse’s recent rise.

Prospects: Despite some of the young talent coming through, it is once again a squad which has seen some drastic changes over the past year and it is difficult to see them overturning the more settled teams.

Wales first up is tough and heading to Twickenham a week later could see two successive defeats to open the campaign. With Ireland away from home in the fourth round, three defeats seem likely. Fifth place.