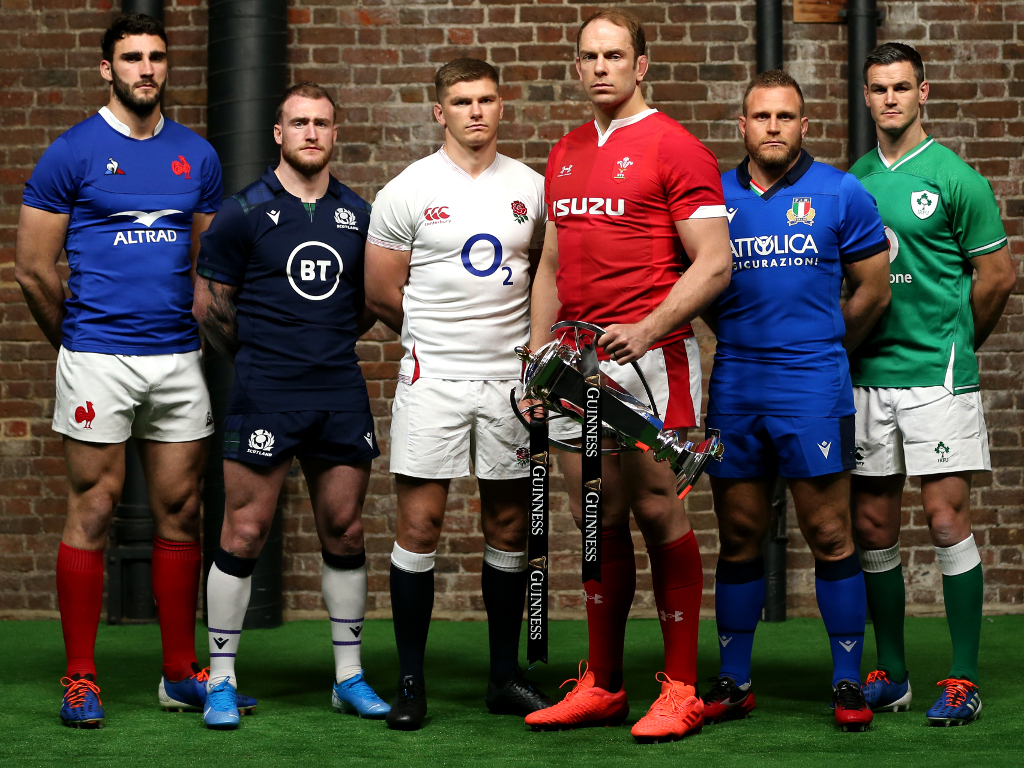 The 2020 Six Nations Championship will resume on Saturday – 230 days after it was halted due to the coronavirus pandemic.

And with four games remaining it promises to be a thrilling title race across the next two weekends with England, France and Ireland all holding major title hopes, while outsiders Scotland could prosper if others fall.

Here, the PA news agency looks at how things might pan out with Ireland hosting Italy on Saturday, followed by Wales entertaining Scotland, England visiting Italy and Ireland travelling to France the following weekend.

Eddie Jones’ men are in the box seat despite starting their Six Nations campaign in February by losing to France in Paris and seeing Grand Slam dreams disappear. They currently lead the table on points difference from Les Bleus – with 13 points – and their final game on Saturday week is away against regular tournament no-hopers Italy, where a five-point maximum seems guaranteed. That would enhance England’s points difference – the first tie-breaker if teams finish level – and pile pressure on France in the competition’s final game at home to Ireland when they would potentially require a substantial victory. A first title since 2017 is in sight.

Consistent under-achievers France have been transformed under new head coach Fabien Galthie, beating England and then Wales in Cardiff as they claimed three wins from their first four starts. Losing to Scotland last time out, though, was a hugely-damaging result, and they must now beat Ireland in Paris – preferably with five points – while also hoping that England lose, draw or win without a bonus in Rome. Given that England have toppled Italy 26 times from 26 attempts, scoring more than 1,000 points in the process, Galthie’s players are likely to reflect painfully on their Edinburgh misery.

Scotland, who along with Italy have never won the Six Nations, are currently third, three points behind England and France with one game left – against Wales in Llanelli on October 31. Scotland have not won on Welsh soil for 18 years, but a five-point return is essential in terms of their distant title prospects. Even if that happens, they still need England and France to lose their final fixtures – and an Ireland defeat at home to Italy. With fly-half magician Finn Russell expected to be back, though, they are unlikely to go quietly.

🗣️ "There is plenty on the line, particularly for the hosts." #IREvITA

The maths are relatively simple in fourth-placed Ireland’s case. Currently on nine points, they will be crowned champions if they claim a maximum five points – winning and scoring four tries or more – in defeating Italy and then France. Ireland should encounter few problems in achieving the first part of that mission, but only three wins from 10 trips to Paris in the Six Nations suggests the second half will prove considerably more difficult. The France versus Ireland clash, realistically, looks like a battle for the runners-up spot.

Wales, Grand Slam champions last year in head coach Warren Gatland’s final season at the helm, look resigned to a disappointing fifth-placed finish. Gatland’s successor Wayne Pivac enjoyed a comfortable start when Italy were crushed 42-0, but successive defeats against Ireland, France and England – albeit by a combined total of only 17 points – left them trailing in the title race. A win against final Six Nations opponents Scotland at their temporary home of Parc y Scarlets is important, though, ahead of a four-Test Autumn Nations Cup campaign.

Italy are once again resigned to a dismal Six Nations campaign. They have lost all three of their games so far, and can expect little return from appointments with Ireland and England. It will all probably add up to them finishing bottom of the Six Nations pile for a 15th time – and a record fifth time in succession – since the tournament began 20 years ago. The Azzurri have their moments, but nowhere near enough of them, and their latest effort will do nothing to silence those who believe that Six Nations promotion and relegation should be introduced.