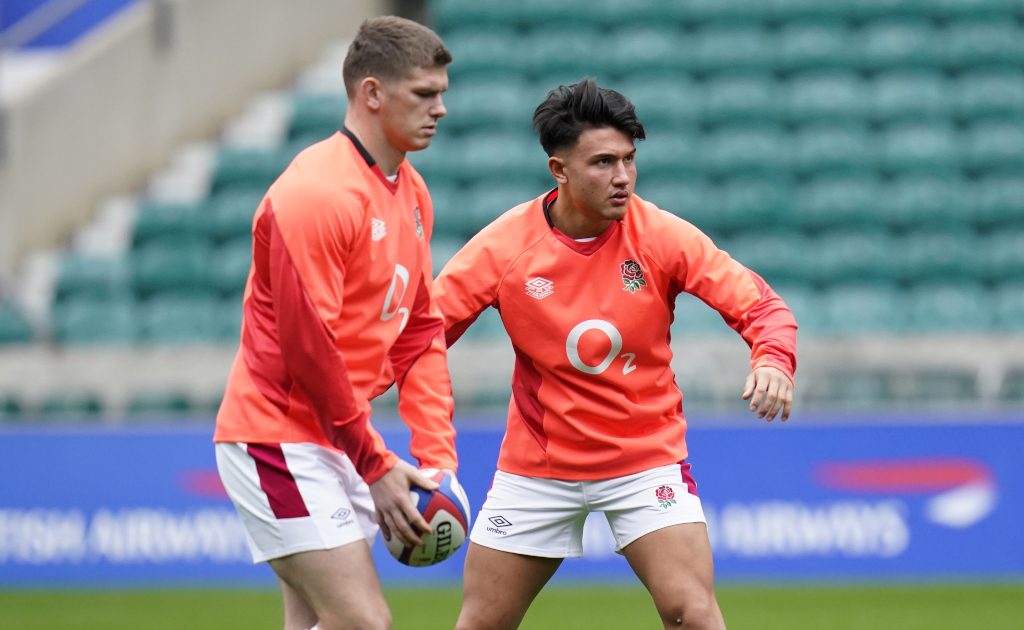 With Eddie Jones announcing his squad for the forthcoming Six Nations campaign, it’s clear that his selections have focus on the future, whilst retaining some of the immense talent that he’s developed over his six-year tenure.

For many supporters of English rugby, the squad was pretty much as expected, with only the addition of Ollie Chessum, Orlando Bailey and Ollie Hassell-Collins causing raised eyebrows, whilst Tommy Freeman, Alfie Barbeary and Luke Northmore all get expected rewards for outstanding domestic seasons.

However, it’s more those that haven’t been selected that have changed facial expressions and none more so than two stalwarts of the Jones era, Sam Underhill and George Ford.

Underhill is said to be recovering from an HIA and Jones described him publicly as “not quite there yet” although he was available for selection and has been for the past fortnight. The truth of the matter is that the openside hasn’t really kicked on from his outstanding work in the 2019 season and was particularly poor during the November Tests last year where, versus South Africa and Australia, he managed to make only six completed tackles in the two games (he was replaced in both fairly early on) and missed a further six. With only seven carries and 18 metres made, Underhill’s value in attack is limited, as evidenced by his average of a try every 34 games at first class level and the feeling is that Jones wants to see more in attack from his back-row, looking to move Tom Curry back to the flank and introduce Alex Dombrandt as a starter in a slightly more traditional looking back-row than we’ve been used to seeing in recent times.

Couple this with the lack of impact that Underhill had upon the Bath breakdown and the all-court game that Lewis Ludlam possesses, and it’s easy to see that the flanker needs perhaps to reset and recalibrate his game in order to push further for international honours. Jones has left the door open for him, but there appears to be a lot of work in improving attacking skills combined with a honing of his usually excellent defensive outcomes if the youngster wants to get back into the shirt he has worn so effectively on previous occasions.

The other notable absentee is the outstanding Leicester Tigers fly-half, Ford, whose omission has staggered many of his staunch fans. There is absolutely no doubt that Ford is currently one of the best two fly-halves in the Premiership, alongside Marcus Smith, and there’s no worry about fitness or commitment from the Tigers pivot.

However, Ford is a known quantity and Jones knows exactly what he offers and contributes, especially alongside Owen Farrell and whilst to many it seems incomprehensible that he’s been overlooked, in the grand scheme of things his temporary absence makes a lot of sense.

Fly-half is a position of leadership, of voice and of tactical creation. Smith needs to be allowed to have the space to find that authority and to lead, unencumbered by history, a new look and ambitious backline. Whilst he has to work alongside Farrell to achieve this, adding Ford (especially considering his long-term relationship with Farrell) into the mix of noise may very well have stifled the very narrative that Smith is trying to create and that Jones wants him to lead. Ford and Farrell took control together of every rugby situation they faced and removing one part of that equation allows freedom of thinking and new ideas to come not only from Smith but also from the England captain, who undoubtedly will start now at 12.

You might ask why then have Bailey and the likes of George Furbank been selected? Firstly, both can play in one of three positions which allows squad flexibility and covers any given injury scenario, including, crucially, training scenarios. Secondly, the likelihood of either playing in a Test match in this campaign is very unlikely unless England suffer late injury pull outs – so, you can bet your bottom dollar that the fringe players will spend a lot of time as opposition and carrying tackle bags in training.

Whilst both roles are unenviable, they’re needed and part of selecting the right touring squads for World Cups and the likes is to have players comfortable with knowing they’re not going to be selected. Why subject Ford to this when he’s loving life at Tigers and also can be dropped back into the squad at any point and simply pick up where he left off? It might not be obvious to many, but despite him not being in the 36, he is still the second choice fly-half behind Smith and with Farrell providing in-match cover for 10, there’s simply no need to take Ford away from the job he’s doing in the Premiership.

Looking ahead to the match against Scotland, the successes of the November Tests gives Jones the framework of a team to build from. There’s no doubt he’ll carry on where he left off and that he will employ a hybrid backline with three centres, using Henry Slade as a full-back when defending the high ball, exactly as he did against Australia and South Africa. This allows England to use two at the back of the pendulum defence, allowing them, via Slade’s left boot and Freddie Steward’s right, the choice of touchlines when punting long whilst removing the frailties of midfield defence that Slade often causes by doglegging the defensive line.

Up front, against the Scots, expect England to go big. Power props, power locks, power loosies, it is as simple as that. Jones is well aware that Scotland have been his toughest opponent in the Six Nations and that their deconstructed rugby causes England issues in defence.

Expect to see Barbeary featuring alongside another one or possibly two back-rowers on the bench, using Courtney Lawes as a reluctant part-time lock as and if required.

The 36 picked are not far from the best players available – only the Six Nations will confirm if they’re as good as Jones thinks and it’s essential that England get off to a cracking start at Murrayfield.