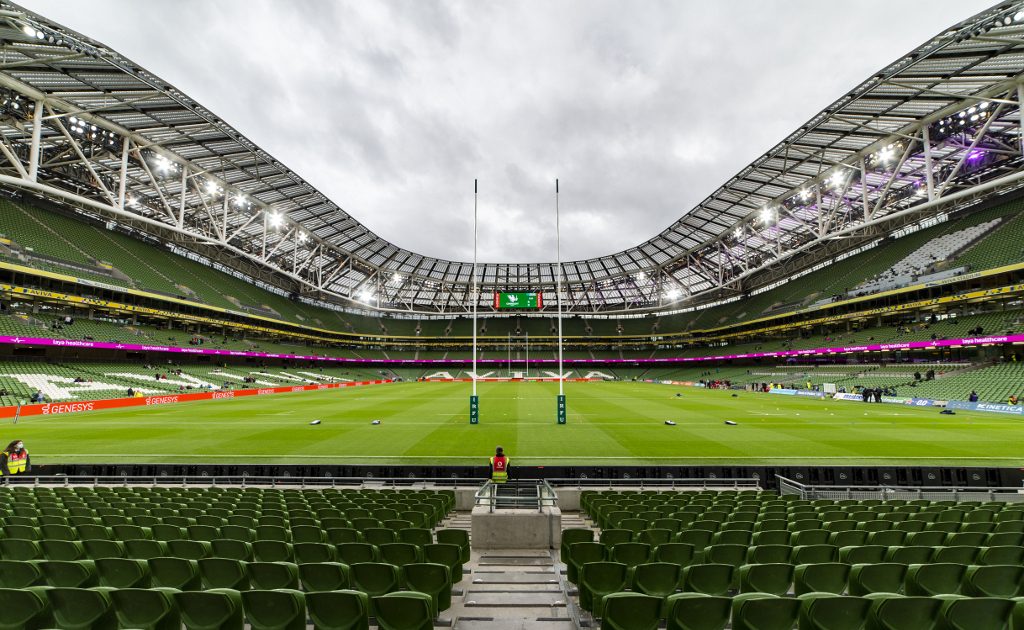 Ireland received a boost with the news that they will play their home Six Nations Tests in front of capacity crowds after the easing of Covid-19 restrictions.

A limit of 5,000 fans for outdoor events will be lifted from Saturday which paves the way for a full house at the 52,000-seater Aviva Stadium in Dublin.

Andy Farrell’s troops are set to host Wales in the tournament opener on February 5 before they take on Italy (February 27) and Scotland (March 19) in their other home fixtures.

The Irish Rugby Football Union (IRFU) welcomed the decision by the Irish government to lift the current restrictions.

“Throughout the pandemic, the Government has been committed to sport and we thank them, particularly Minsters Martin and Chambers and all of our colleagues at Sport Ireland,” they said in a statement.

“We also thank Aviva Stadium director, Martin Murphy, for acting as chair of the working group that represents the GAA, FAI and the IRFU, and for all his work to deliver our programme of events at Aviva Stadium.

“The IRFU looks forward to welcoming our clubs, schools, sponsors, patrons and supporters from Wales, Italy and Scotland, back to Aviva Stadium for an exciting 2022 Guinness Six Nations.”

Doubts over the fitness of England captain Owen Farrell have intensified ahead of the Six Nations after Saracens said he suffered an injury setback.

Farrell has sustained a fresh injury in training at the Premiership side, who are this week preparing to take on London Irish in the Challenge Cup on Sunday.

“Owen Farrell suffered an injury in training this week ahead of the game against London Irish, ruling him out of the match,” a Saracens statement read.

“Owen was back in full training having recovered from the ankle injury he sustained against Australia during the autumn internationals. We will have a further update after he sees a specialist early next week.”