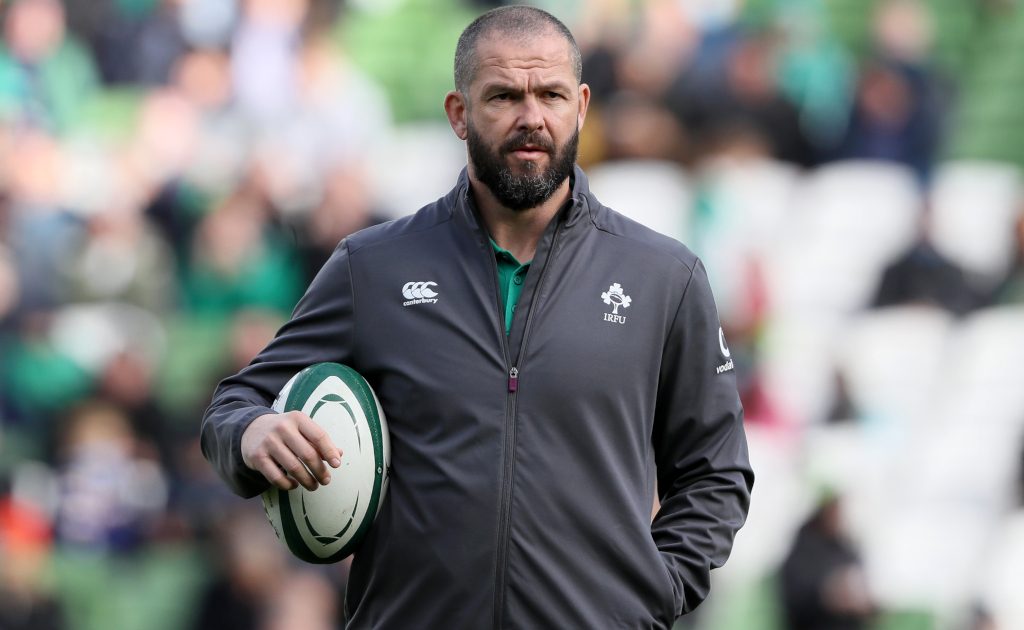 Ireland head coach Andy Farrell wants his side to kick on ahead of the 2022 Six Nations and build on a very promising Autumn period.

Farrell’s side will no doubt be brimming with confidence after comprehensive wins over Japan, New Zealand and Argentina in the Autumn.

The games were won with masterful attacking performances most notably against the All Blacks where the Irish ran out 29-20 victors in Dublin.

However, Farrell believes the team must keep looking forward to take their game to the next level.

“This is a new competition, the Six Nations is like no other, the autumn has gone,” said Farrell, whose team have registered eight consecutive wins.

“Yes, there were some decent performances but we want to be better, we want to kick on, we want to see who is hungry enough to be in that frame of mind.

“We want to deliver a trophy every single time we enter a competition and this year is certainly no different.

“There is a good foundation that’s been built and there is a real belief in how we’re trying to play the game.

“It came together in parts pretty well in the autumn and the aim is 100 per cent to kick on.”

Ireland have finished third in each of their two previous Six Nations campaigns of the Farrell era.

Title hopes last year were wiped out inside two rounds following narrow defeats by Wales and France, the first of which was suffered following the costly early dismissal of flanker Peter O’Mahony.

While November’s stunning performance against the All Blacks should serve as a template for success this time around, Farrell is eager to avoid making premature proclamations.

“Each game takes its own course and certainly when you’re trying to predict how things are going to go in the Six Nations you come away with egg on your face as a punter, never mind being a coach,” he said.

“You’ve got to be adaptable and flow with the punches.”

Captain Johnny Sexton is back to lead his country after overcoming ankle and knee injuries suffered against New Zealand and a subsequent bout of coronavirus.

“It depends how we rock up to training over the next 10 days, that’s when you really get a feel for whether we’re ready or not,” he said.

“I’ll know more in the next week when you see the attitude of the lads in training and you see how they turn up and prepare every day. At the moment, we don’t know.

“It was obviously a good November but we’ve often had that before and Six Nations haven’t gone to plan, so we can take nothing for granted.

“We just need to control what we can control and that’s preparation and making sure we tick all of our boxes.”