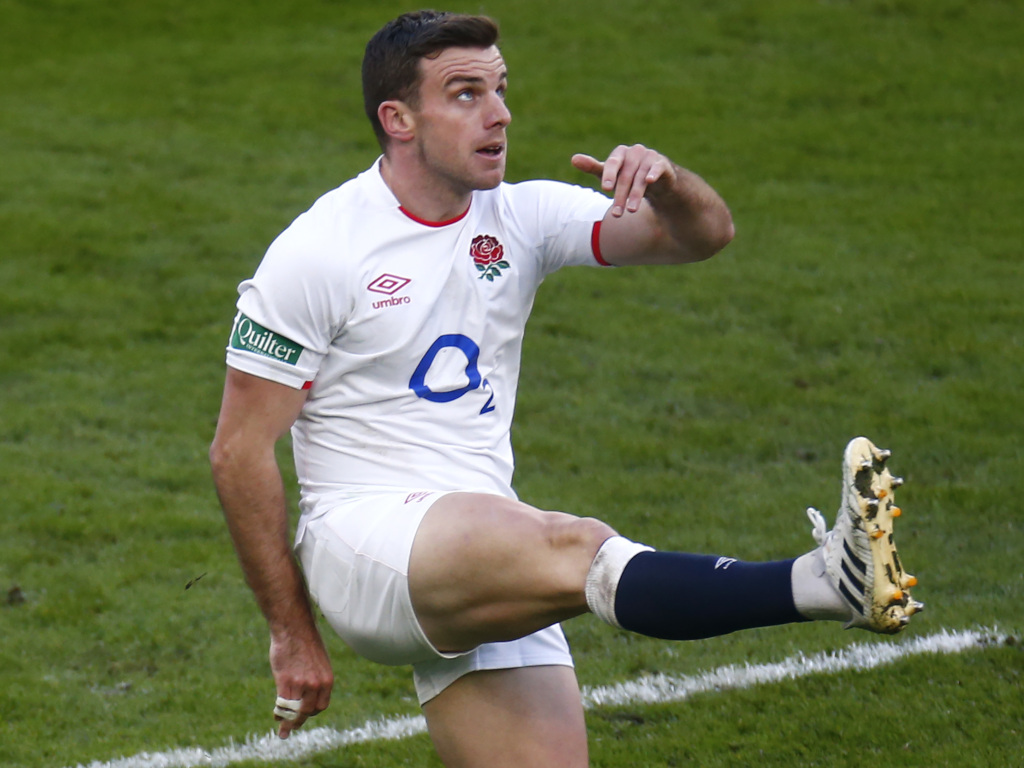 Leicester fly-half George Ford has been given the chance to transfer stellar club form to the international stage, after he was called up to the England Six Nations squad on Monday.

He replaces Owen Farrell in the training group, with the Saracen out for at least two more weeks with an ankle issue – although the call-up of Ford is perhaps a sign the injury could be worse than thought.

Jonny May and Courtney Lawes are also sitting out with a knee injury and concussion respectively, and are replaced by Elliot Daly and Nick Isiekwe.

Lawes was expected to take over the captaincy in Farrell’s absence, reprising a role he performed with distinction during the autumn, but the flanker now faces a race against time to be fit for the visit to Edinburgh.

The extent of May’s injury has yet to be revealed, but the PA news agency understands he is expected to miss at least the first two rounds against Scotland and Italy.

The 31-year-old has been a key attacking weapon for England over the last four years, running in a string of spectacular tries, but he must remain at Gloucester for treatment.

Daly was overlooked for the squad announced by Jones last week with the Australian head coach stating he needed more game time after recovering from a stress fracture, but he has been thrust back into the mix sooner than expected.

Freddie Steward has cemented his place as England’s first choice full-back – Daly’s old position – but the Saracen will compete against Jack Nowell, Max Malins, Ollie Hassell-Collins, Joe Marchant and Tommy Freeman for a place on the wing.

An update on Farrell’s return is expected this week, with the 30-year-old playmaker visiting a specialist on Monday to assess the severity of the injury sustained in training for Saracens.

He had just recovered from a two-month absence following surgery to his left ankle only to damage the same joint on his right leg as he was preparing to make his comeback against London Irish.

Marcus Smith has established himself as England’s first-choice fly-half but Ford will be hoping he can play a supporting role from the bench for the Six Nations.

The Leicester ringmaster has been in stellar form for the Tigers but had been frozen out by Jones as part of his team rebuild.

Simmonds was Exeter’s star yet again at the weekend, despite the Chiefs succumbing 37-26 to Montpellier in the Champions Cup on Sunday.

The back-row scored a hat-trick, taking his tally to a remarkable 75 tries in 100 games, and will hope he’s done enough to earn a role in the Red Rose squad.

Baxter revealed the Exeter game plan had been built around trying to get Simmonds over the line as often as possible.

“We spoke during the week about creating a game that would get Simmo over the try-line a few times. We were joking about him getting four or five and when he had three in 50 minutes we started thinking it might happen,” he said.