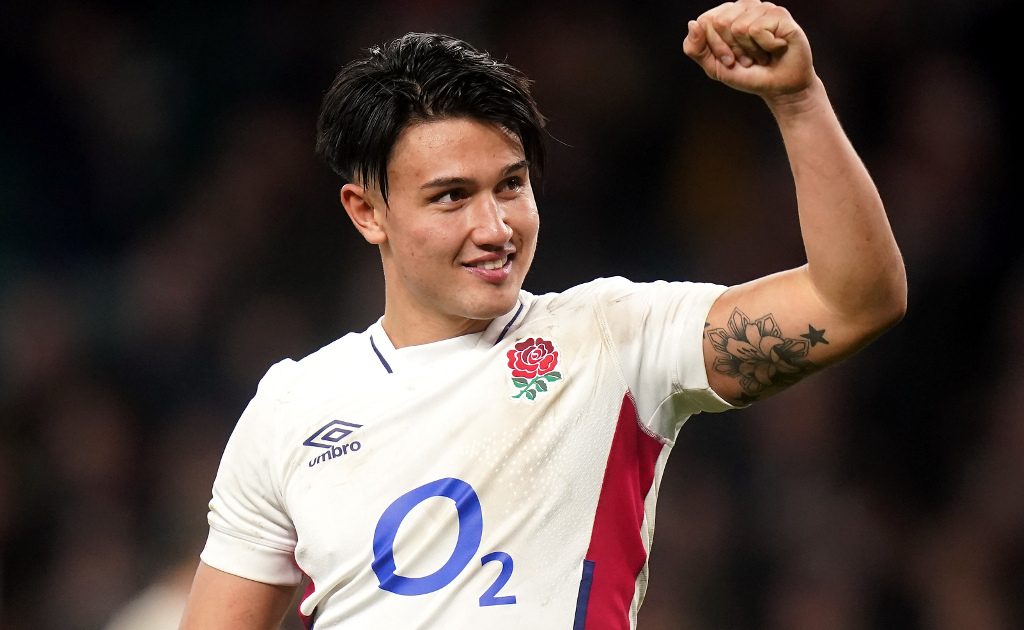 Smith, who has represented his country in five Tests, is set to make his Six Nations debut when England kick off their campaign against Scotland at Murrayfield on February 5.

The Harlequins pivot, 22, already has a Premiership title and British and Irish Lions tour on his CV, and is rated as English rugby’s most exciting prospect for years.

Biggar and Smith were together on the Lions tour of South Africa last summer after Smith was summoned by Warren Gatland as injury cover for Finn Russell.

“If you look at Marcus’ 12 months, you would say that he has passed everything with flying colours,” said Biggar.

“He has had a really good 12 months and burst on to the scene. I am sure that he will just take the tournament in his stride, same as he has with the others.

“I really enjoyed my time with Marcus in the summer. I thought he was a really good bloke and willing to learn, willing to get better. He is ridiculously talented, isn’t he?

“There is no doubt this tournament is different to anything outside of a World Cup. Every game is an occasion, everyone is watching.

“Whatever comes Marcus’ way, I am sure he will deal with it as he has done in the last 12 months.”

Biggar and Smith are likely to be in opposition when Wales head to Twickenham on February 26, but Biggar’s more immediate concern is navigating his country through a testing first two games that see Wales visiting Ireland and then hosting Scotland.

Reigning Six Nations champions Wales are only fourth favourites this time around, with their degree of difficulty increased by injury absentees that include Lions Alun Wyn Jones, Ken Owens, Justin Tipuric and Josh Navidi.

Biggar added: “If you look at every year when we come into the tournament, Ireland, England and France always start ahead of us with the bookies and the media. We are fully aware of what we’re capable of.

“There are a lot of boys in the squad now who have got that young lack of fear in terms of expectations and the pressures that are put on you when you play for Wales in the Six Nations.

“Over the last eight, nine or 10 years when we have been reasonably successful in this tournament, it has been a similar question about the (Welsh) regions not quite performing as well as they should, English and Irish clubs doing well and things like that, and we always seem to do okay.

“So we are not putting pressure on ourselves, but we are certainly not looking for any excuses.

“We are fully aware of how difficult the tournament is for us to go and win again, but it is all about the start.

“If you get off to a good start, momentum and confidence grows and makes it slightly easier. This tournament is shaping up to be one of the most exciting for years.”