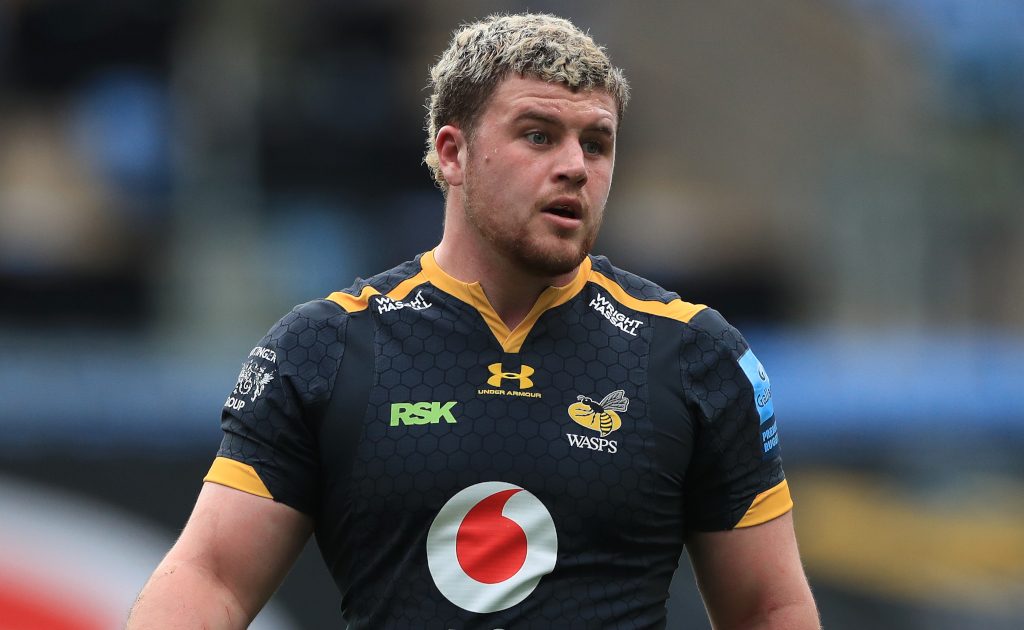 Wasps back-row Alfie Barbeary’s sublime form has made him a bolter for England’s Six Nations squad, so much so that opponents have been keeping a closer eye on him, according to club team-mate Brad Shields.

Barbeary put in a man-of-the-match performance in a thrilling 30-22 win over Toulouse in the Champions Cup.

Star in the making

With the England squad set to be named on Tuesday, Barbeary’s form has very much put him in the mix for a call-up from Eddie Jones.

“They’ll have a whole two eyes on him!” Shields said. “He’s been class. He’s come up with a couple of key turnovers in the last two weeks that have really changed the game.

“He’s a bruiser. He carries the ball hard and makes big shots in defence. The thing about young fellas these days is that they are a bit of hybrid.

“He has got some unreal skill. The way he offloads, the way he plays through contact and keeps his feet alive in contact, that’s pretty special.

“He had a magnet on his head against Toulouse, he seemed to get hit a lot. The reality of rugby is that if you are a good player then teams will start to target you. He is expecting that.

“The way he alters his game means he can keep standing up for the rest of the boys.

“If you look at Manu Tuilagi, he is one of the best ball-carriers in the world because he keeps adapting his game to keep the defence guessing. That’s what Alfie is doing.

“He has been class for us and for a young fella he wants to express himself. If we can control his game and get him moving in the right direction, giving him opportunities, then that will be a good sign.”

Wasps head coach Lee Blackett was delighted with his side after they recovered from a red card shown to Jacob Umaga to beat Toulouse in the Champions Cup.

Their 30-22 victory at the CBS Arena will live long in the memory for Blackett’s men as they shocked the reigning European champions at home on Saturday.

“This win would have to be up there. It’s the way we won,” head coach Blackett said.

“That took a lot of effort. When you go down to 14 men, especially when it’s someone in the backfield, you have to manage the game.

“It’s about how you manage those situations. I’m really proud of how we did that, especially our young backs.”