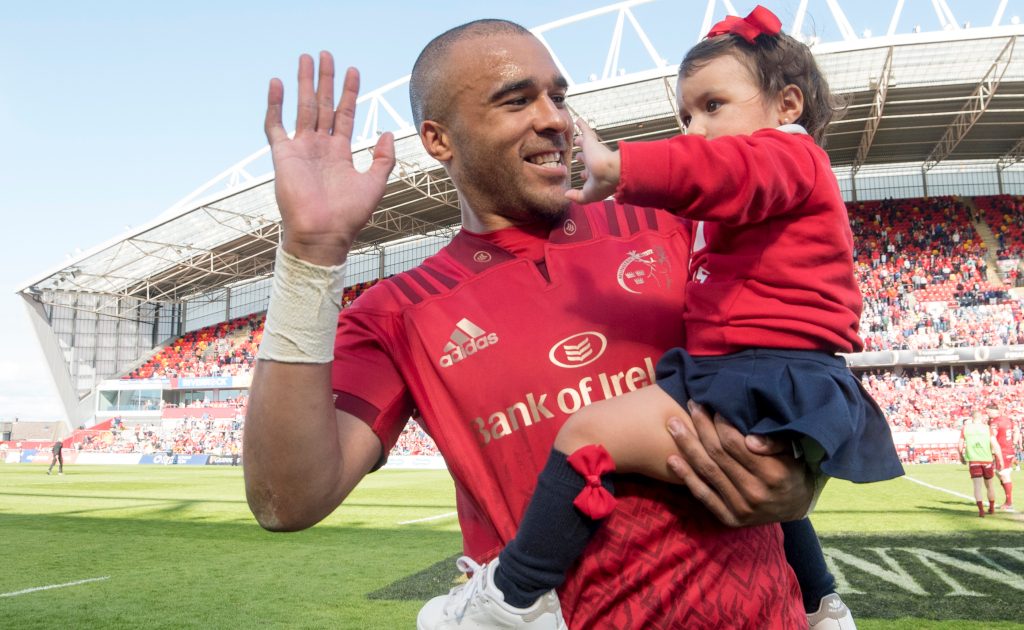 Simon Zebo could be set to make a remarkable return to Munster once his contract at Racing 92 expires this June.

According to the Daily Mail, Zebo, who looks destined to leave the French capital, is targeting a move back to his home province. The move could well be confirmed soon.

Zebo’s return stands to bolster Ireland’s depth in the back three as the man from Cork looks to push for a spot in Ireland’s squad ahead of the 2023 World Cup.

Zebo has played in 35 games for Ireland, but hasn’t featured for his country since 2017 after being omitted once his departure from Munster was announced.

The wing stated just over a year ago that he had built up a very good relationship with Andy Farrell, but will need to be at his very best if he is to overtake the likes of Keith Earls, Hugo Keenan, Jacob Stockdale, Andrew Conway, James Lowe and Jordan Larmour in the Irish pecking order.

As for Munster, Zebo’s return brings in some much needed experience as they prepare for life without the recently retired CJ Stander and Tommy O’Donnell.

The Irish star made 144 appearances during his first spell playing for the province and scored 60 tries. He returns to a Munster side fresh off a defeat in the PRO14 final to Leinster and in the Champions Cup round-of-16 to Toulouse.

Reports in recent weeks had seen Zebo linked with a move to Declan Kidney’s London Irish, but developments on that have since gone cold, leaving Munster in the driver’s seat.

His return could well push him into contention for a spot on the Lions tour, something which Lions legend Ian McGeechan has already tipped.