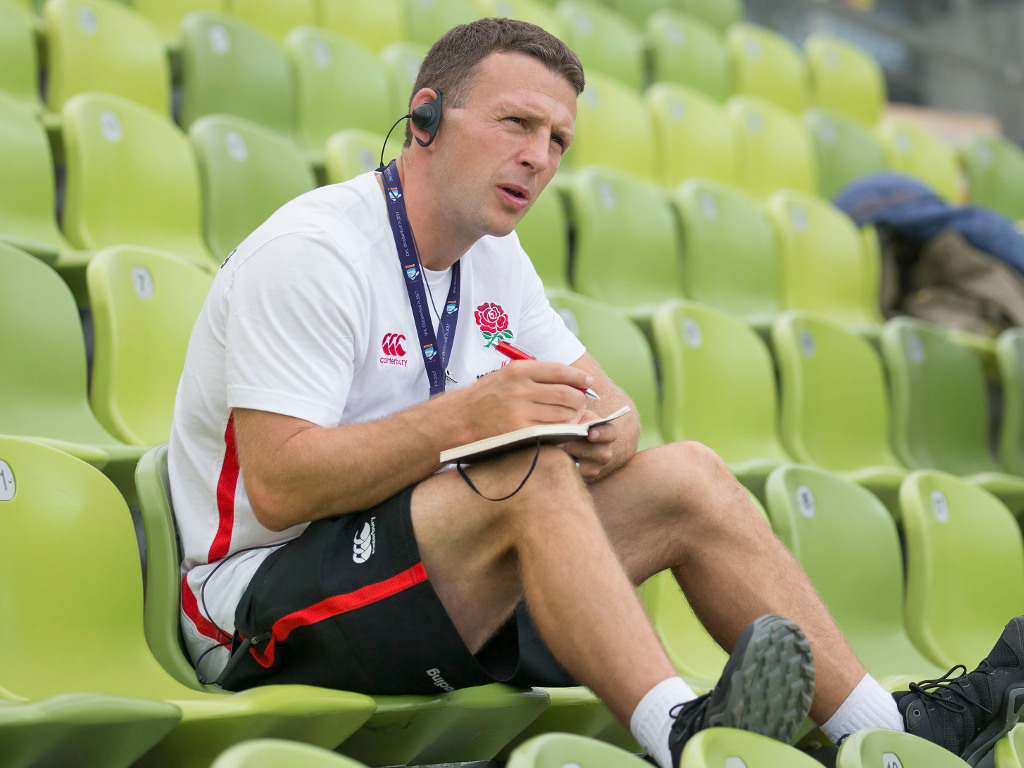 Proudfoot and Amor join defence coach John Mitchell and Steve Borthwick, who will switch roles to skills coach, alongside Jones, as the England coaching team for the 2020 Six Nations.

Proudfoot, South African born and a former Scottish international, will become forwards coach having been involved in the South African national team since 2016. The 47 year-old former prop was part of Rassie Erasmus’ backroom staff during the recent Rugby World Cup. He joins the RFU following the conclusion of his contract with South Africa.

He previously coached at Western Province and the Stormers in South Africa and Kobelco Steelers in Japan. Proudfoot, capped four times for Scotland between 1998 and 2003, played for Edinburgh and Glasgow Warriors and the Leopards and Blue Bulls in South Africa.

Jones said: “The Six Nations is a fresh start for the team so that is how we have approached our coaching staff. With Neal Hatley moving to Bath we felt we needed to regenerate the forwards coaching area. Matt Proudfoot has had an outstanding coaching career to date culminating in being a World Cup-winning coach with South Africa.

“He brings great technical expertise and knowledge having coached in South Africa and Japan and having played in Scotland and South Africa. We feel he can take the forwards to another level and build on the great work Neal and Steve have done over the last four years.”

Proudfoot said: “England is probably the best team in world rugby to coach. Having coached against them you get to respect their identity so to get the opportunity to be part of that is a huge honour and privilege.

“I am really grateful to Eddie, the rest of the coaching staff and the RFU to be given this chance. It is a decision I take with great humility and responsibility and know there is a huge legacy to live up to. I look forward to taking that challenge on and doing England proud.”

He has held roles at London Scottish and England Women’s Sevens previously and been performance adviser at UK Sport. As a scrum-half he played 15s for London Irish, Gloucester, London Wasps and London Scottish and represented and captained England Sevens which included appearances at the 2002 and 2006 Commonwealth Games. He was named as the first IRB Sevens Player of the Year in 2004.

Jones said: “We have had our eyes on Simon for a while. We used him in the run up to the Rugby World Cup in some of our training camps. I have been very impressed with his dynamism, his rugby intellect and he will bring a fresh view on how we build our attack. We have done some great things under Scott Wisemantel and we will always be forever grateful for the work he did, but we are excited about Simon coming in and what he is going to bring.”

Amor said: “I love my country and I love coaching. This opportunity to work at the highest level for my country is something I am incredibly passionate about and I am honoured to be joining Eddie’s coaching team.

“The things I am most excited about are being able to learn in this environment and having an opportunity to help improve some great players and the team. I’m also keen to work closely with the Premiership club coaches, keep improving and getting better myself, further developing what I’ve learned in my career so far.”

Amor will return to his duties as head coaches of England and GB Sevens after the Six Nations to continue preparations ahead of the Olympic Games in Tokyo before joining Eddie Jones’ coaching team full time post-Olympics. James Rodwell will become acting head coach for England Men’s Sevens in Amor’s absence, covering the World Rugby Sevens Series tournaments in Hamilton, Sydney, Los Angeles and Vancouver.

Amor added: “I’m delighted for James having the opportunity to act as England Men’s Sevens head coach. He’s put in a lot of time and effort in his coaching journey so far and this will be great for him to develop even more, as it will be also for John Brake supporting him. This is a good example of how the England Sevens programme helps with elite coach development.”