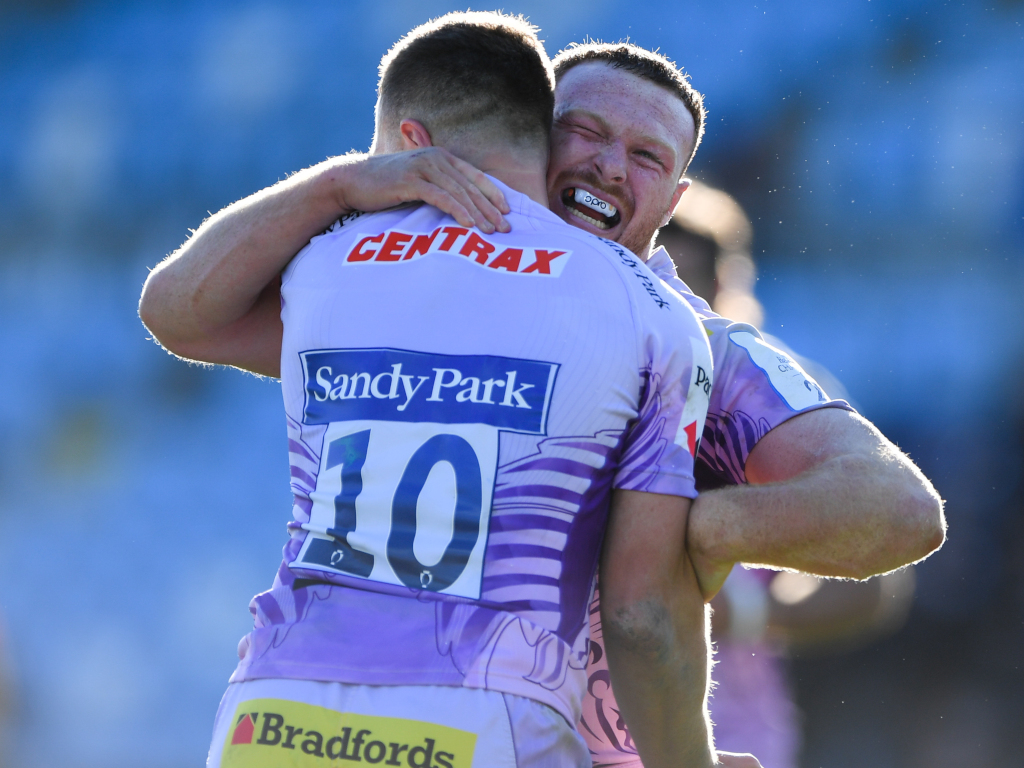 Defending champions Exeter Chiefs have announced their team to face Leinster in the Champions Cup quarter-finals at Sandy Park, with Rob Baxter selecting the same 23 players as last weekend.

One man who has been leading the charge on that front for the Chiefs is free-scoring number eight Sam Simmonds who, along with younger brother Joe, have both been passed fit this week having limped out of the Lyon game suffering with cramp.

They both line up in a home team which shows just two changes to their starting line-up.

Both come in the front-row where props Ben Moon and Tomas Francis – impressive off the bench last weekend – replace Alec Hepburn and Harry Williams.

Otherwise, the Chiefs remain unchanged, including full-back Stuart Hogg, who is set to make his 50th appearance in the Champions Cup, and winger Tom O’Flaherty, who had to have a number of stitches applied to a nasty head gash.

One change for Leinster

Johnny Sexton will again captain the side with only one change from the 23 selected for the cancelled last-16 tie against Toulon last weekend.

The backs stay the same with Hugo Keenan, Jordan Larmour and James Lowe selected by Cullen, with Robbie Henshaw and Rory O’Loughlin in the centre.

Sexton leads the side from number 10 with Luke McGrath at scrum-half.

In the front-row Cian Healy, Rónan Kelleher and Tadhg Furlong are again selected to start but there is one change at lock with Scott Fardy partnering Devin Toner for the trip to Sandy Park.

Finally, in the back-row, it’s once again a trio of Rhys Ruddock, Josh van der Flier and Jack Conan.