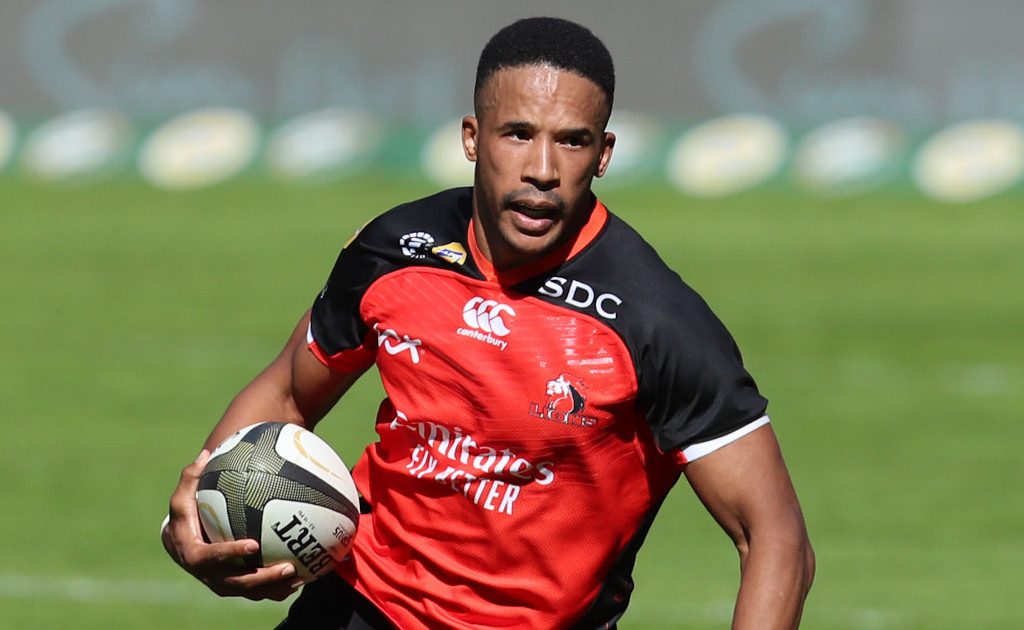 Northampton Saints have announced the signing of Springbok wing Courtnall Skosan, who will join the Premiership club from the Sigma Lions.

The 30-year-old has 12 caps for South Africa to his name, as well as over 100 appearances across the Super Rugby and Currie Cup competitions with the Lions.

Blessed with explosive pace and an impressive work rate, as well as a sharp handling and kicking game, Skosan is a wing with plenty to offer on both sides of the ball and brings bags of experience to Northampton’s group of back-three players.

Skosan will land at Franklin’s Gardens in the coming weeks with Saints’ pre-season preparations for the new Premiership campaign now in full swing.

“I’m absolutely delighted to be taking on a new adventure in England with Northampton Saints,” Skosan told Northampton’s website.

“It is a club with an incredible history of success, competing in two of the best tournaments in the world in the Premiership and Champions Cup, and I’ve heard fantastic things about how good it is to play at Franklin’s Gardens.

“I’m relishing the opportunity to get over to Northampton and hit the ground running with such an exciting group of players and coaches.”

Growing up in Cape Town, where he was noticed playing Sevens by Springbok legend Chester Williams, Skosan’s break came in Pretoria with the Blue Bulls at the start of his career before making the switch to Johannesburg to play for the Lions in 2014 – winning the Currie Cup one year later, and reaching the Super Rugby final three years running from 2016-2018.

The wing also played for South Africa at the World Rugby U20 Championship in 2011, and South Africa ‘A’ in 2016, before his full international debut for the Springboks in 2017.

“Courtnall obviously is a winger with a sharp turn of pace and a high level of athleticism, but he also brings a fantastic work rate and is well suited to the physicality of the Premiership,” said Northampton director of rugby Chris Boyd.

“He has plenty of experience playing top-level rugby internationally with South Africa and in Super Rugby with the Lions.

“We know he’ll add something unique to our back three group so we’re delighted to bring him to Northampton ahead of the new season.”