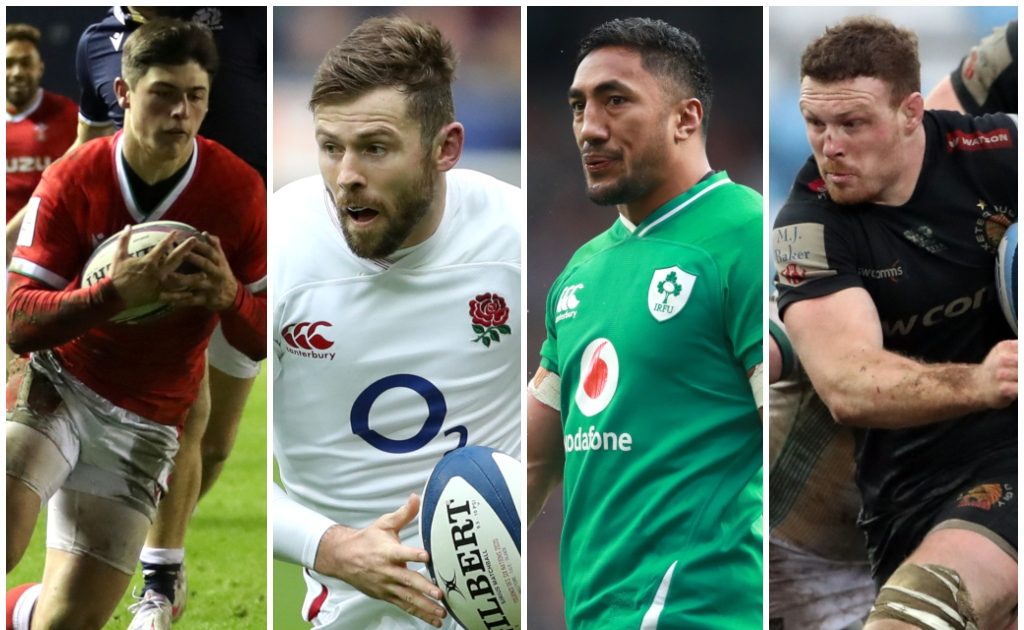 Johnny Sexton is one of several big names to miss out on British and Irish Lions selection, while discarded England player Sam Simmonds has made it.

Simmonds has starred for Exeter Chiefs but has been deemed surplus to requirements by Red Rose head coach Eddie Jones.

He joins Irish duo Jack Conan and Bundee Aki as surprise inclusions in Warren Gatland’s squad but James Ryan has paid the price for his subpar performances in 2021.

England’s Jonny Hill is instead given the call while Courtney Lawes and Elliot Daly have also been picked, despite struggling with injury and form respectively this season.

The 37-strong group is led by Alun Wyn Jones, the 35-year-old Ospreys forward who captained Wales to the Six Nations title in March.

Jones, who embarks on a fourth successive Lions tour, has clocked up a world record 157 Tests for Wales and the Lions.

He was the favourite for the role ahead of other potential contenders like England internationals Maro Itoje and Owen Farrell.

“Obviously very proud, very privileged. To be selected in the squad is initially what you want to be hearing, and to have the armband as well is a privilege, with the names that have gone before and what those players have achieved,” Jones said.

While all other home union captains feature – Farrell and Scotland’s Stuart Hogg are included as well as Jones – Ireland skipper Sexton is unable to force his way into the squad, as are Kyle Sinckler, Jonathan Davies, Sam Underhill and Josh Navidi.

Sexton finished the Six Nations strongly but has suffered ongoing concussion problems since.

Sinckler made his name on the 2017 tour to New Zealand and was viewed as odds-on to be in Test contention once more following a strong Six Nations, yet he is missing.

Davies was expected to travel to South Africa, especially after Wales team-mate George North was ruled out by a knee injury, but in a surprise move Aki and Harris are preferred.

Another of Wayne Pivac’s Six Nations champions in Navidi has failed to win a place in the ferociously competitive back-row positions, but Conan of Ireland and Scotland’s Hamish Watson are present.

Underhill missed the Six Nations because of a hip injury but his stopping power in defence was thought to be enough to secure his spot, while Billy Vunipola has paid the price for his poor form.

Farrell, Dan Biggar and Finn Russell will compete for the fly-half jersey, but Danny Care has failed to make the cut as a bolter.

“Selecting a Lions squad is never easy and, in many ways, this has been the most challenging selection I have been involved in.

“Over the course of the last three weeks the coaches and I have rigorously debated each position.

“We saw some outstanding performances in the recent Six Nations, so competition for places has been tough with some incredibly tight calls to make.

“We’ve left out some very talented players which gives an indication to the strength of this squad and we know how important that stand-by list will be.”

Gatland is looking forward to taking on South Africa coach Rassie Erasmus, saying on lionsrugby.com: “They’ve got a great coach and what they achieved in the World Cup was outstanding.

“They’re going to be incredibly tough. We know how physical they can be and we saw that in the World Cup final but we’ve got to be able to roll up our sleeves and hopefully match that physicality but also be really positive in the way we want to play.

“We’ve got some exciting players. And hopefully get that balance right between the tough work but also playing some great rugby.”

Gatland added on the appointment of Jones as captain: “I did panic for a few hours before he rang me back. It was a great conversation.

“There was a little bit of apprehension realising the responsibility but he’s done a great job for Wales the last few years. It’s a great honour to be tour captain but you’ve got to play well as well.”