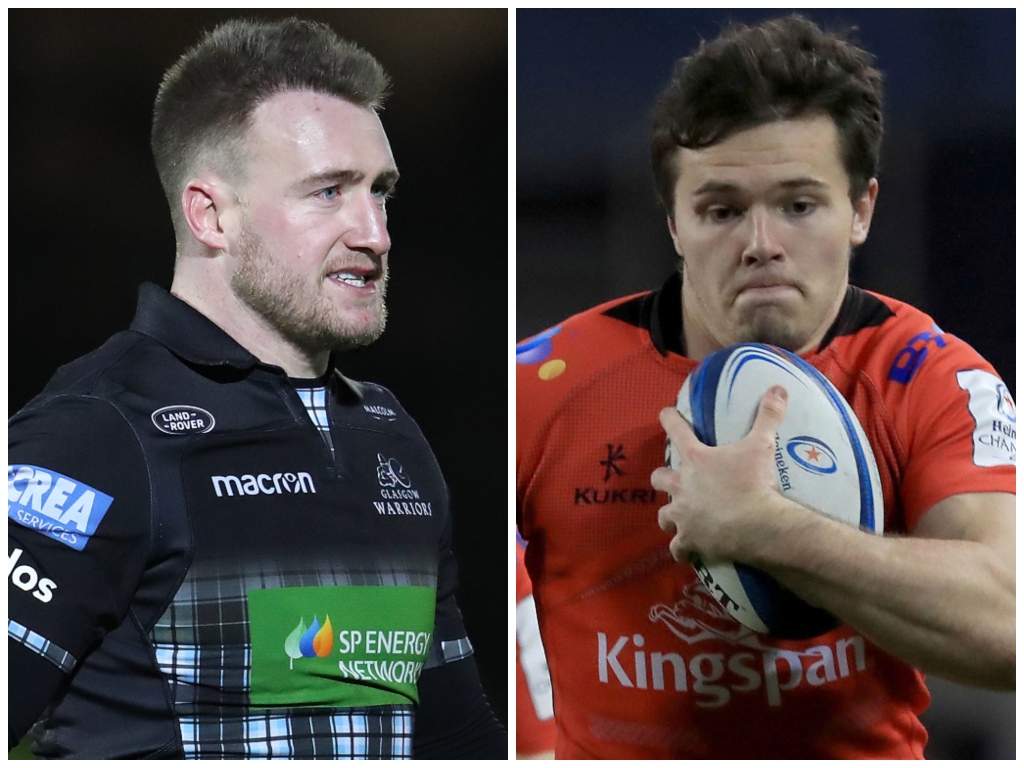 The PRO14 semi-finals kick off on Friday when Conference A winners Glasgow Warriors face Ulster in a mouth-watering contest at Scotstoun.

Glasgow finished the regular-season campaign on 81 points, four ahead of second-placed Munster, with Ulster (63) second in Conference B.

The Warriors are boosted by DTH van der Merwe’s return as he has recovered from shoulder surgery four weeks ahead of schedule to start.

The 33-year-old scored the dramatic winning try in Glasgow’s last league semi-final victory in 2015, also against Ulster at Scotstoun.

Club co-captain Callum Gibbins returns to lead the side having not played since suffering a head injury against Saracens in March.

Stuart Hogg will play his final game at Scostoun before joining Premiership side Exeter Chiefs next season, he joins Van der Merwe in the backfield, along with fellow club centurion Tommy Seymour.

Sam Johnson and Kyle Steyn start in midfield for the fourth consecutive game while recent recipient of the PRO14 Young Player of the Season award, Adam Hastings starts at fly-half and Ali Price is once again named at scrum-half.

Rob Harley and Matt Fagerson join Gibbins in the back-row. Jonny Gray returns from illness to start alongside Scott Cummings in the second-row.

It’s a full Scotland international front-row, with Jamie Bhatti and Zander Fagerson packing down either side of Fraser Brown.

On the bench, Oli Kebble returns to full fitness to be named in the 23 and Man of the Match against Edinburgh, Tom Gordon is also named amongst the replacements.

⚔️🛡️ Here is your Glasgow Warriors team to play @UlsterRugby in the Guinness PRO14 semi-final at a #SoldOutScotstoun tomorrow night, brought to you by @MackenzieConstr. pic.twitter.com/kzvaU6wi02

Meanwhile, Darren Cave is named among the Ulster replacements and he will move level with Andrew Trimble in the all-time appearance list for Ulster (229), if called upon.

There is also a milestone for Nick Timoney, who is set to make his 50th Ulster appearance after being selected to start in the back-row.

The coaching team has made just two changes to the starting XV, both in the backline, with Jacob Stockdale and Louis Ludik recovering from injury to earn selection. The duo will be joined in the back three by flyer Robert Baloucoune.

The pack is unchanged from the quarter-final win against Connacht at Kingspan Stadium. Rory Best will captain the side from hooker, where he is joined in the front-row by Eric O’Sullivan and Ross Kane.

Michael Lowry, who started against Connacht, is the only new face on the replacements bench. That means Rob Herring, Andy Warwick, Tom O’Toole, Alan O’Connor and Sean Reidy will provide cover for the forwards, while Dave Shanahan and Cave make up the matchday 23.