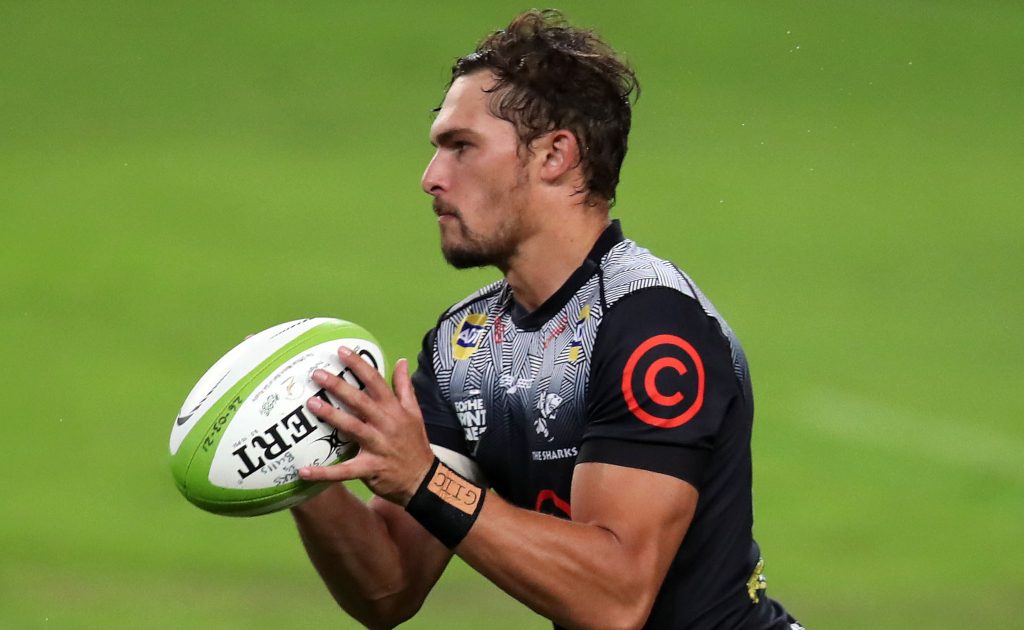 The Sharks ended the Ospreys’ winning start in the United Rugby Championship by producing an impressive display to claim a 27-13 triumph in Swansea.

It was an even first half with Gareth Anscombe kicking two penalties and Boeta Chamberlain responding with a pair of drop-goals.

Chamberlain made it a hat-trick of successful kicks but not before Jeremy Ward and Marnus Potgieter had put the South Africans in control with well constructed tries.

The Welsh region scored via Gareth Thomas but two Ruan Pienaar three-pointers completed the victory for the visitors.

Alun Wyn Jones made his first appearance since returning from the British and Irish Lions tour, but Welsh international prop Tomas Francis was a late withdrawal with a stomach bug.

The Ospreys overcame this setback by taking an early lead thanks to an Anscombe penalty before the visitors suffered an injury blow when wing Thaakir Abrahams was helped off.

Pienaar missed a long-range penalty for the Sharks before Anscombe extended the hosts’ lead with a second straightforward kick.

The Sharks were regularly penalised in the opening quarter but they still matched their opponents during that period and deservedly picked up their first score when Chamberlain dropped a simple goal.

Six minutes later, Chamberlain fired over an impressive second, this time from 40 metres, to bring the scores level. The outside-half then replaced Pienaar as goal-kicker but sent his 45-metre kick well wide to leave the scores tied at 6-6 at the interval.

Within 90 seconds of the restart, the visitors took the lead for the first time. A well-judged kick ahead from Chamberlain was collected by lively lock Hyron Andrews, who provided the scoring pass for Ward.

They could soon have had another. First Anscombe’s clearance was charged down by Chamberlain, but the ball ran dead and then Anthony Volmink and Werner Kok combined cleverly down the left flank, which had the Ospreys scrambling to keep their line intact.

However the South Africans weren’t to be denied as Volmink sailed through the defence to provide Potgieter with an easy run-in before Chamberlain slammed over his third drop goal and Pienaar kicked a penalty.

The Ospreys were easily second best for the third quarter and took the surprising move to take off their international half-backs, Anscombe and Rhys Webb, and were rewarded with a consolation try from Thomas, but the Sharks had the final say with a second penalty from Pienaar.

Ulster made it 15 points out of a possible 15 in the United Rugby Championship but were made to fight all the way by a spirted Benetton in a 28-8 victory at Kingspan Stadium.

There was a 45-minute gap between Ulster’s third and fourth tries, but the five points take Dan McFarland’s side top of the league.

Craig Gilroy, Nathan Doak and Rob Herring – on his 200th appearance – opened up a comfortable buffer before Doak sealed the full five points late on.

Ratuva Tavuyara went over for the battling Italians and Leonardo Marin added a penalty, but they didn’t have the quality to trouble the Irish province.