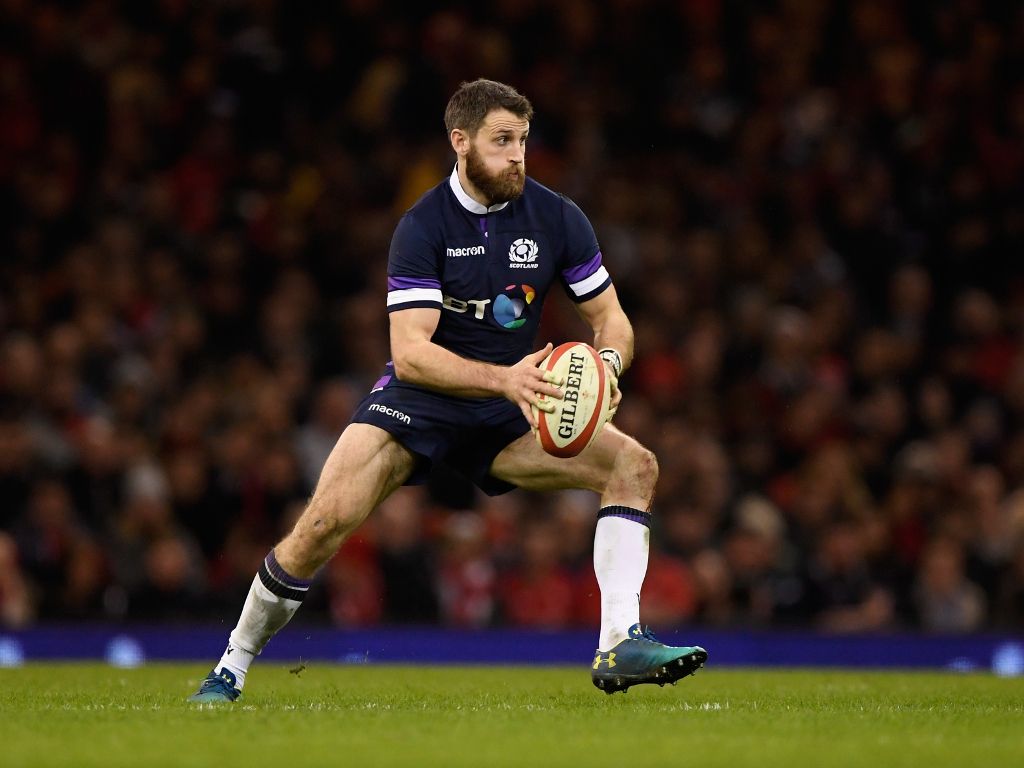 Tommy Seymour starred with a hat-trick as Scotland claimed a convincing 54-17 win over Fiji at Murrayfield, having led 21-17 at half-time.

The visitors started the game on the front foot. However, they emerged from their spell of dominance with only a Ben Volavola penalty kick to their name.

Scotland took the lead in the 11th minute thanks to their persistent efforts to force their way over following an attacking lineout. Eventually, it was Allan Dell who prevailed.

Gregor Townsend’s charges were virtually monopolising possession and looked comfortably in control of the game at this stage. However, they handed Fiji a lifeline in the 22nd minute. Brown’s overthrown lineout was pounced upon and Viliame Mata went over after a fine offload from Peceli Yato.

Fiji took the lead in the 28th minute after some lovely hands in the build-up, with Leone Nakarawa’s linebreak starting the move and Tevita Cavubati’s pass setting Semi Radradra up for the finish.

However, the visitors’ indiscipline let them down. Cavubati was yellow-carded for collapsing a maul and Brown crashed over the try-line almost immediately afterwards. Unfortunately for Scotland, the try was disallowed due to obstruction from Jamie Ritchie.

Fiji were reduced to 13 men two minutes before half-time when Nakarawa was yellow-carded – also for collapsing the maul. Scotland finally made their advantage count right before the break, with Finn Russell’s pass setting Seymour up to finish out wide on their right.

With momentum back in their hands, Scotland picked up where they left off after the break. It took under three minutes for Sean Maitland to crash over following some good handling from the hosts.

Seymour then scored his second and third tries either side of the hour-mark, making the most of some good passing from his fellow backline players in both cases.

In the 77th minute, it was back to the forwards, as Ritchie grabbed a well-deserved try, forcing his way over from close range.

Then, three minutes afterwards, Adam Hastings brought up 50 for Scotland. Russell initiated the attack by bursting through a gap in the defence before setting him up for the finish.

Despite a few nervy moments in the first half, it was ultimately a convincing victory from Scotland, who bounced back brilliantly from a 21-10 loss to Wales.